Layman among the lawmakers

Sitting in the entry hall of Parliament House in March 2013, waiting to be interviewed by Lord Gill, I wondered if my knowledge of the two weighty volumes of the Scottish Civil Courts Review would be sufficient to secure a consumer representative place on the new Scottish Civil Justice Council (SCJC).

His review proposed replacing the Court of Session and Sheriff Court Rules Councils with a new body, making rules for both courts as well as having oversight of the civil court system and promoting “communication between the courts and court users; sharing of developments in good practice; and consistency in procedures” (para 15.27).

Issues such as alternative dispute resolution are mentioned as being appropriate for such considerations. In the review Lord Gill also mentions the slow progress made by rules councils on topics such as taking evidence by video link.

My knowledge of the review, plus my experience working for a charity that assists people with court action in child contact cases, was deemed sufficient, and the interview with Lord Gill was less formidable than I had imagined.

Two months later I took my seat in the Judges’ Conference Room in Parliament House alongside the other newly-appointed judges, sheriffs principal, sheriffs, advocates, solicitors, civil servants and chief officers of Scottish Courts & Tribunals Service and the Scottish Legal Aid Board. Almost everybody else in the meeting had law degrees and occupied senior roles in the profession, including a future Lord Advocate. I have a biology degree and my knowledge of Latin is confined to animal taxonomy.

Although I felt like an “outsider” in these august surroundings, in my job I talk every day to parents who are conducting court cases, many without legal representation. I also have experience of conducting cases in sheriff courts across Scotland and in the Court of Session as a lay representative.

With this knowledge I just about managed to hold my own during six years of council meetings, plus additional time spent on the Access to Justice and Family Law Committees and on two Rules Rewrite work streams.

Like all committees, the paperwork associated with each meeting was formidable, even when received as an indexed PDF document rather than several inches of paper. During the early years of operation the SCJC streamlined the way meeting papers were presented to council members and developed a website so that committee members could download and refer to papers more easily.

The court system in Scotland is slowly computerising, grumbling softly at the new problems this produces but also benefiting from the learning gained in other countries.

SCJC members watched with interest as the new integrated case management system (ICMS) unfolded in Scottish courts, and we tried to frame our new rules for the simple procedure to suit online application processes. Unfortunately the pace of ICMS introduction didn’t match our schedule, leading to excessively long paper forms and no online applications when simple procedure was launched. Now that the forms can be filled in online they are hopefully easier to handle.

The new organisation gained powers to commission research and undertake consultations in order to resolve problems and evaluate the operation of the rules it has created. So far research has been undertaken on case management in family actions, party litigants using simple procedure and abolition of petitions/summons procedure.

In addition, literature reviews on ADR methods and party litigants have been prepared to inform the work of the Access to Justice Committee. All the above are published on the SCJC website www.scottishciviljusticecouncil.gov.uk

The commissioning of this work provides extremely valuable information to assist consideration of new rules. Even armed with this evidence, I was amazed at how little statistical information on the actual operation of the court system is currently available in Scotland. Time and again I asked for actual figures about how many times particular things take place, seeking to dig below the very broad figures contained in published court statistics. The Scottish Legal Aid Board could often provide detailed figures, but they don’t include anything that is privately funded. More statistical data should be a priority for the SCJC, both from ICMS and through commissioned research.

Given my own experience as a lay representative, I took particular interest in this aspect of SCJC work. Unrepresented parties are sometimes viewed with suspicion and impatience in the courtroom. Fortunately the Scottish courts have escaped the legal aid cuts in England & Wales that have turned many hearings into lawyer-free zones.

Scottish court rules changed in 2011 to allow lay supporters, and again in 2013 to permit lay representatives. But it wasn’t until the SCJC Access to Justice Committee considered how these changes were operating that rules were laid to open up the system fully. Following an application to the court, a lay representative is now permitted to appear along with the litigant and may do anything the litigant could do in the preparation and conduct of the case.

The sheriff or judge grants this permission if it is considered to be “in the interests of justice”, and on the basis that the lay representative does not receive any payment apart from expenses such as travel costs and refreshment. The SCTS website now contains a useful guide to the rules relating to various courts and the forms required to apply for permission.

I consider that these rules give Scottish courts a framework for lay representation and support that is far superior to the other UK jurisdictions, and probably the most progressive in the world. By contrast, the recent consultation on McKenzie friends by the Lord Chief Justice of England & Wales seems to have struggled to reach any conclusions apart from revising their 2010 guidance and asking the Westminster Government for more legal aid (read more on www.judiciary.uk).

What final message do I have for the Scottish Civil Justice Council following my six-year term of office? I now understand why the SCJC needs to study the issues carefully before suggesting changes to court rules, but I remain impatient at the slow pace of change. Bringing all the key players round the Parliament House meeting table produces well-informed discussion, but that discussion does also need to result in decisions.

At its best, the SCJC has made major changes in six years, such as the new judicial review procedure, the creation of the Sheriff Appeal Court and the All-Scotland Sheriff Personal Injury Court, plus a lot of other rules.

At its worst, it has left hot potatoes such as the judicial rate of interest sitting unchanged at 8% after many years of debate.

And in the pending tray there is a lot of unfinished business, such as key aspects of simple procedure, full consideration of how children can be involved in family cases (not just new forms), and improvements in case management across the board.

The major bit of unfinished business is the biggest issue of all – the Rules Rewrite.

Much of the early discussion has taken place and there is a clear view of the key principles, but that leaves the major task of actually rewriting all court rules. External factors such as Brexit have caused a massive pile-up affecting all legal matters, but the Rules Rewrite schedule seems to have slowed to a snail’s pace.

In his 2017 foreword to the First Report on the New Civil Procedure Rules, Lord Carloway wrote: “If new civil procedure rules are introduced in two or three years’ time we can expect them to last until nearly the middle of the 21st century.”

The aim is for a system of civil justice that is increasingly swift and responsive, automated, available everywhere and accessible in a variety of ways. Let’s hope that this vision will be realised soon.

My own personal ambition is for rules that make sense to the lay person and aren’t spread randomly over a bewildering array of categories – everything from admiralty actions to proving the tenor.

And my parting wish for the Scottish Civil Justice Council members is for them to make sure they continue to look beyond the legal profession and the judiciary, and consider the views and needs of the actual civil court consumers. 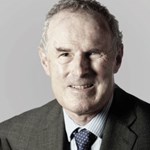 Ian Maxwell is the National Manager of Families Need Fathers Scotland and was a member of the SCJC from 2013-2019. All views expressed are his alone.