The rules on advertising by solicitors are being worked around, if not abused, especially with respect to touting for business, and their terms, if not their existence, should be reviewed
9th September 2019 | Archie Miller

The subject of practice units advertising their services seems to have dropped from the agenda in recent years. At one time it was a hot topic, both in terms of what was appropriate and even whether it should be done at all.

It now appears that advertising in one way or another is an inevitable activity of legal business, whether as an active process or just being seen to be there. Where do the rules stand on the practice of sponsorship and other profile-raising activities, such as winning awards, or indeed activities which are below the radar?

Is it now time to reconsider the purpose and actual effect of the rules and who they really benefit: the whole profession, some of the profession, clients?

The Law Society of Scotland’s rules relating to advertising state that adverts must be “decent” and not such as to “be reasonably regarded as bringing the profession into disrepute”. All very subjective, and as such, not appropriate. Who is to be the judge of “decent” or “disrepute”? Such wording neither gives guidance as to what is acceptable nor sets out any basis of judgment. It may be that that is simply impossible to compose, but does that not suggest that the rule itself is inappropriate?

However, some forms of promotion are clearly not allowed, in particular the prohibition on solicitors directly approaching potential clients whom they know or reasonably should know are the clients of another firm.

Rule B.3, Advertising and Promotion, states at B.3.2: “You shall not make a direct approach whether verbal or written to any person you know or ought reasonably to know to be the client of another regulated person with the intention to solicit business from that person.” A regulated person is defined to include another solicitor or practice unit.

Does the rule work, and should it exist?

In some areas, where legal firms also provide estate agency services, when a solicitors’ firm advertises a property for sale their client will receive letters from unregulated estate agents offering to “help” them.

As estate agents are not members of the Society, they are not regulated persons covered by the rules and no action can be taken against them, but solicitors should reasonably know that a house owner will be the client of another regulated person, so cannot write the same letter to the estate agent’s client. Therefore the rule operates to the advantage of estate agents rather than the protection of solicitors. Surely an unintended outcome, but an outcome nonetheless.

In a competitive world there will always be those who seek to push the boundaries.

Rule 3.6 clearly anticipates third-party involvement by providing that third-party promotion of a solicitor will be presumed to have been done with the authority of that solicitor. What about practices which enter into arrangements with lenders who offer free legal services for remortgages? Surely these practices are touting through the services of the bank. Acting in a remortgage means they are representing the house owner as well as the lender. They know that the house owner is the client of another solicitor who can offer exactly the same service. Does the fact that the bank is paying the fees change anything?

Another example I have seen is where a developer makes provision in the missives for a substantial deposit but then tells prospective purchasers that the deposit will be less if they use a particular solicitor. Although the purchase price remains the same, clearly a purchaser will see benefit in paying a lower deposit.

Obviously the nature of the arrangement between the solicitor and the estate agent or developer is not made known to the purchaser, but it is unlikely to be a healthy one. These practices are carried out by large and highly respected firms and are not at all unusual.

So it could be argued that the rule does not serve the profession well and is commonly “worked around”.

I suggest that the rules are at least out of date, and perhaps totally unnecessary. They certainly seem to be honoured more in the breach by some practices. It is time the matter was addressed. 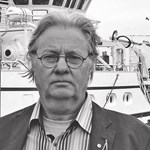