The second decade of this millennium ended much like the first, with problem debt still a problem.

It is now believed that up to 630,000 adults in Scotland, which represents 14.2% of the adult population, are overindebted; and Scotland’s free money advice sector, which has suffered debilitating funding cuts in recent years, is now 50% under capacity, according to the Money Advice Service, now part of the Money & Pensions Service.

The decade also ended, like the one before it, with the Scottish Government launching a new initiative to tackle the problem, in the form of a Debt Advice Route Map.

The route map, largely the work of the Tackling Problem Debt working group, is the culmination of two years’ work and was supposed to spell out plans as to how the newly devolved debt advice levy from the Financial Conduct Authority (FCA) would be spent.

It should also have spelt out details of how a new, sustainable, effective and user-centred debt advice landscape would be created in Scotland by 2025.

However, if people are looking for answers from the route map, they won’t find any.

It lacks any sense of purpose and doesn’t have the drive that previous reviews have had. Many of the recommendations are aspirational, which may sound good, but, in fact, means they are woolly, non-committal and lack any sense of urgency in relation to the crisis that is unfolding for money advice in Scotland.

There is also a lack of any evidential base for many of the proposals, although some do involve committing to carrying out further research in the future.

It appears that many of those who attended the group were more concerned with scoping out future funding opportunities than developing any strategic vision for a new debt advice landscape. Looking at the group’s papers, they lack many concrete proposals or policy ideas.

The final report reflects all this and is clearly based on many flawed presumptions.

First, the suggestion that the current money advice sector is not user-centred is nonsense. It is a varied landscape, provided for by the public, private and third sector, and offers multiple channels for users to access advice, whether face to face or through telephone or online services.

The problem is that frontline services – those that deal with the most vulnerable – are facing a funding crisis that threatens people’s ability to access help.

Secondly, the route map relies heavily on the independent review carried out by Peter Wyman in 2018 for the Money Advice Service, which looked at how to fund free debt advice in England, Wales, Scotland and Northern Ireland.

That review recommended unrealistic levels of channel shift for clients, away from face to face and towards telephone and digital services, whilst lacking any evidence to show that such a shift was possible or even desirable.

In actual fact, much of the premise underpinning that proposal, a desire to avoid increasing the cost of the debt advice levy on creditors, has now been abandoned by Sir Hector Sants, the current chair of the Money & Pensions Service, who has called for the levy funding to be doubled.

The route map also proceeds on the basis that the Scottish Government is a major funder and coordinator of funding for free debt advice in Scotland. It is not, and this therefore begs the question how it intends to drive forward any new strategy.

The truth is that money advice in Scotland has historically been, and remains, primarily funded by local government, not national government.

None of this, however, prevented much pre-Christmas publicity in the press about how the Scottish Government intended to launch a new debt advice service.

If such plans exist, however, I suggest they do so only in the minds of Government advisers and communication officers. No such plans have been discussed or mentioned to the money advice sector, whether in the Tackling Problem Debt working group, the Debt Advice Route Map or recent round table discussions with the minister.

The lack of any detail, particularly in relation to how such a service would be funded or how it would co-exist with current services, suggests more spin than substance.

However, if Scottish ministers are looking for a new debt advice strategy, the pre-Christmas publication of the Scottish diligence statistics may point them in the correct direction.

These statistics show that Scottish local authorities increased their use of diligence by 15% in 2018-19, as other creditors reduced theirs by 42%. Non-earnings arrestments for council tax alone increased by 21%, and council tax debt recovery now accounts for 88% of all the work carried out by sheriff officers.

This is part of a longer term trend that has seen diligence executed for council tax increase by 27% since 2011.

The reality is that local authorities are not only major funders of free money advice services in Scotland, but also a major reason why people seek advice.

It would, therefore, seem logical that any future debt advice strategy must have at its core, buy-in and co-ordination with local authorities across Scotland, with local and national government taking a collaborative approach.

Someone has to pay

Also, any future strategy for free money advice services must be about funding. There is no escaping the fact that local authority funding for money advice fell by 45% between 2014 and 2017, and has continued to be cut since then.

It also will come as no surprise that a major reason why money advice services in Scotland are 50% under capacity, is because of those funding cuts, along with the rise over the same period in consumer debt and the increased use of diligence by local authorities.

Any future debt advice strategy, therefore, must address this lack of funding, which will not be achieved by presenting the FCA debt advice levy as new funding.

It also is not a solution to hope that the UK Government will, any time soon, respond positively to Sir Hector Sants’ call for the FCA debt advice levy to be increased.

One option, however, that is available to the Scottish Government is to create a new statutory debt advice levy, which the Tackling Problem Debt working group recommended the minister consider. The recommendation also appears in the route map.

This levy would aim to augment the FCA debt advice levy and would be raised from funds distributed to creditors through formal debt solutions, such as sequestrations, protected trust deeds, and debt payment programmes under the Debt Arrangement Scheme (in 2017-18 this sum was £74.1 million).

However, money is not in itself a solution. It is also important to ensure that funding is prudently spent, especially when it is a cost that is being borne by creditors.

To this end, the Scottish Government may wish to reconsider some of the historic commitments made by the Money Advice Service prior to the FCA debt advice levy being devolved.

This includes the funding of the National Debtline that is run by the Money Advice Trust, and the helpline run by Stepchange. It is believed up to a quarter of the £4 million per year that has been devolved, has already been committed to them, despite both arguably providing poor value for money.

The National Debtline, it is believed, only deals with approximately 4,000 calls per year from Scotland, whilst Stepchange has its own funding arrangements with creditors and arguably a full cost recovery business model. In addition to this, its head in Scotland recently described Stepchange as “winners” from the Debt Arrangement Scheme (Scotland) Amendment Regulations 2019, which allowed it to increase its fees on creditors from 8% to 20%.

The Scottish Government also may wish to consider how it can take a more co-ordinated approach to funding money advice services than it currently does.

At present, funds from the debt advice levy are being distributed via the Scottish Legal Aid Board, but in addition, other funds are being granted by other parts of the Scottish Government directly to specific organisations.

If the Government wants a more coordinated approach to how debt advice services are funded in Scotland, it is incumbent on it to lead by example.

Unfortunately, the route map offers no way forward for Scottish money advice services, and is a poor echo of previous decennial reviews of debt advice services and laws. These include the work of the Debt Action Forum that led to the Homeowner and Debtor Protection (Scotland) Act 2010, and almost 20 years ago the Striking the Balance report that led to the abolition of poinding and warrant sales and the introduction of the Debt Arrangement Scheme.

The Debt Advice Route Map is a poor companion to both these pieces of work.

The Scottish Government may, therefore, want to consider some of the above suggestions, as we cannot wait another 10 years to get it right. 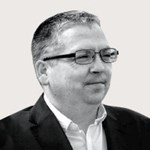 Alan McIntosh is a senior money adviser. His views are his own. He blogs at www.advicescotland.com