Your remote presence is required

Conference calls are increasingly replacing face-to-face meetings, but making them work as effectively can be tricky. John McGonagle shares some tips based on his own experiences
13th January 2020 | John McGonagle

The legal profession continues to evolve. Lawyers increasingly expect the flexibility to be able to work from home. There’s also increasing pressure on law firm real estate, with many firms actively encouraging solicitors to avoid coming into the office, in order to free up desk space. And clients now expect lawyers to try to make better use of technology. As a lawyer who primarily negotiates and agrees commercial contracts, I have noted a definite decline in face-to-face meetings, and an increase in videoconference calls.

I used to work with a lawyer who would prepare for the curio that was an “audio teleconference” by booking the boardroom, and ordering tea and biscuits. It was as if he was settling into a bunker to defend himself from a likely ambush, where he wouldn’t be able to see the enemy, and might struggle to even hear them. Nowadays such calls are the norm rather than the exception, and I’ve even heard the pejorative phrase “call-centre lawyering” applied to describe this phenomenon.

A few years ago I realised I was attending a lot more conference calls on the telephone, but I wasn’t really trying to adjust or improve my approach. I realised that, one way or another, I needed to get much better at exerting my remote presence more effectively on calls.

Part of the skillset

First of all, you need to get a grip on the technology. Just as you are expected to have at least a decent grasp of black letter law in any area in which you provide advice, it’s your responsibility to have a decent grasp of whatever software is being used or likely to be used for conference calls (most likely Skype for Business, or Webex). You don’t want to be fiddling about uncertainly with this in front of a client, or the counter-party, or even your boss. These are part of your “table stakes” for being a trusted adviser.

Try to join in advance to make sure everything is working correctly.

It’s good practice to allow everyone on the call to introduce themselves and state their goal. In terms of your own introduction, you should try to state who you are and what you’re on the call to achieve, not necessarily the more obvious “associate”/“manager”/“Guardian of the Galaxy”.

If you can get everybody in a room at the same time to discuss a contract, it’s a really valuable opportunity, and this should also apply to getting everybody together on a call. If possible, try to plan an agenda and share it in advance. If a tricky problem gets solved quicker than expected, you can move on to the next issue – try to avoid ending the call early.

Identify yourself when you begin to speak. This seems like the kind of thing that might become irritating, but it is all part of exerting your presence. It can sometimes feel as if every single professional born before 1985 was named either John, James, Jennifer or Rebecca.

If at all possible, have cameras enabled so everyone can see everyone else. It’s much easier to tell if someone is disagreeing with what you’re saying, or wants you to shut up, if you can see their face.

Discourage anybody from writing on a board that isn’t easily visible. You may be able to see a whiteboard in someone’s background on a video call, but any handwriting on it is highly unlikely to be legible. It’s much better to share screens so that everyone can see the same thing at the same time.

Ask that everyone goes on mute unless speaking, and make sure the microphone or “audio pod” is moved closest to those speaking if some people are in a room.

Check in regularly with anyone else remotely dialled in that they are following the conversation.

Don’t get carried away and become rude or belligerent because you’re at the other end of a phone. I’ve had lawyers in other countries say:

“I don’t mean to be insulting”, before insulting me. In these circumstances I tend to confirm that, yes, I have been insulted, then move on.

If it’s a regular meeting, different people can take on different roles. Suggest that remote attendees can present, or lead the agenda.

Lastly, if you don’t definitely need to be on a call, try to avoid being on it. Personally I don’t like calls where everyone else is in a meeting room and you are on the phone. You always struggle to hear everyone or exert any kind of meaningful presence. Sometimes you’re only as good as your last call, and one where you’ve not been at your best can damage trust for weeks or maybe months thereafter. 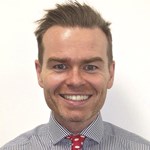 John D McGonagle is a senior associate with Dentons LLP