A clearer future for pensions

Pensions briefing: better information for savers and stronger protections for members are order of the day, and feature in the Pension Schemes Bill, now entering committee stage in the House of Lords
10th February 2020 | June Crombie

The push for clear information for pension savers looks likely to convert into action, alongside a more stringent regulatory regime, particularly for individual directors who prioritise business and/or personal outcomes against pension schemes and those who knowingly assist. This will come through the Pension Schemes Bill, which received its second reading in the House of Lords on 28 January. However, this is set against a backdrop of evolving pension fraud.

Pensions dashboard, and other stories

The challenges for pension savers with various pension pots are a real barrier to pension planning.

The Government’s response is the long promised electronic pensions dashboard. It will collate pension savings from all sources, including state pension. Provisions, including pension schemes and providers supplying information, are in part 4 of the bill.

FCA regulations coming into force on 6 April 2020 extend the overview role of independent governance committees operating in workplace pensions in the UK to include how pension providers take social, ethical and governance factors into account, as well as delivering value for money and protection in the investment pathways for pension drawdown.

The so-called “Frank Field” test relates to how Parliament’s Work & Pensions Committee (which, until the election, was chaired by Frank Field) would view the impact that business decisions to restructure have on ability to support a defined benefit pension scheme’s ability to pay pensions to its members as they fall due.

Part 3 of the bill converts elements of that “test” into legislation aiming to protect benefits. It includes a new “employer resources” test, where the Pensions Regulator compares company resources before and after an act (or failure to act) and whether that materially reduces the value of the resources relative to the estimated s 75 debt for a scheme.

Two new offences of avoidance of an employer debt and of conduct risking accrued scheme benefits, together with sanctions for non-compliance with a contribution notice, are also included in part 3.

The bill extends punishment to employers and individuals for new offences, where false or misleading information which has a material impact is “knowingly or recklessly” provided to the trustees or managers of a scheme in prescribed circumstances.

Planning for business restructuring has never been more important.

Employers, trustees, the Pensions Regulator, FCA and the Pensions Advisory Service all can help in the fight to protect pension savers from fraudsters. The Pensions Ombudsman regularly determines pension transfer disputes when managers have refused to pay, or after a transfer request has been completed and funds lost to fraud. Tax penalties may also be imposed on the saver.

The transfer value legislation imposes a duty on trustees to pay transfer value requests within statutory deadlines, if conditions are met, or they will be in breach. Clause 124 of the bill sets out new conditions to be met before trustees can pay a transfer value out, to help protect against fraud.

Another change to FCA authorised advisers will also have to be tackled by trustees. Key to proper advice is that pension savers can access advice from an individual who has been independently confirmed to have the required qualifications, knowledge and expertise. One of the checks for a pension transfer is that the individual financial adviser (as opposed to a company) is authorised by the FCA. That approved person's regime changed from December 2019.

The Pensions Regulator has updated its guidance on pension transfers and it now reflects the FCA’s new senior managers and certification regime (December 2019). This means that the FCA Register will show company details, but managers will have to check individual advisers directly with those companies or the new FCA certified individuals directory. Time will tell how this operates.

Directors and trustees should appreciate the implications of these increased Regulator powers. The “Frank Field” test will be backed up by more structured assessments and the risk of increased penalties (financial, and in the worst cases imprisonment) for employers. Factoring it into decision-making to manage risk is crucial.

A fully functioning pensions dashboard will help employees plan for retirement, which has to be good news for them and their employers.

Visibility on charges and help through investment “pathways” will also support pension choices. However, the danger posed by fraudsters requires constant vigilance.

The direction of travel is clear – let’s hope it stays that way for all. 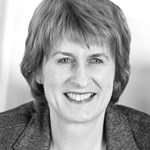