Scottish local authorities are to be given the power to require short-term residential lets to be licensed – but what will be the impact on the licensing system, and the supply of properties?
10th February 2020 | Stephen McGowan

The Scottish Government announced on 8 January 2020 that it will introduce a new licensing regime for short-term lets. This not unexpected development arose following a consultation in the autumn of 2019, which was itself predicated on allegations of significant issues arising from short-term use of residential properties in an unregulated manner. In particular, submissions from authorities such as Edinburgh City Council that the scale of use had attracted concern from local residents have not been far from the press.

The idea of introducing a specialist licensing regime was one that commentators such as I had signposted in the early stages of the debate. This will not be the first time that the Scottish Government has reacted to some form of new or previously unheralded commercial activity by proposing or introducing licensing regulation. Other schemes introduced in recent years include licensing requirements for knife dealers, taxi booking offices and sexual entertainment venues.

Indeed, since the announcement over short-term lets, yet another business sector has been in the press as requiring a licensing scheme – so-called “dermal-filler” businesses.

The purpose of licensing

The idea of licensing business activities emanates principally from the generally understood proper purpose of licensing schemes, which is to regulate an otherwise lawful activity in order to secure public safety and order. This is the fundamental tenet on which the Civic Government (Scotland) Act 1982 rests. The licensing scheme for short-term lets will be another form of civic licence under the 1982 Act, and will therefore sit alongside licence variants from taxis, private hire and street traders to late hours catering, skin/tattoo parlours and more. So what exactly is the legal structure into which this short-term let system will be placed?

From what I understand, having looked at the parliamentary exchanges, this new licence type will be mandatory as regards the safety provisions imposed. The scheme of the 1982 Act is that the licensable activities are either optional or mandatory – in other words, for some licence types, it is up to the local authority to decide whether a licence is needed for that activity or not.

When Kevin Stewart MSP announced the short-term lets licensing regime, his comments at Holyrood suggested to me that the “safety” focus of the licence will be mandatory, and will be something akin to the sort of safety checks that local authorities are used to dealing with in respect of HMO (houses in multiple occupation) applications. But the licence process will be the 1982 Act process – requiring public site notices, consultation with police and other responsible authorities, potential objections and hearings. The licensing authority would be able to attach conditions to these licences and would be able to refuse them on grounds like suitability of location as well as a “fit and proper person” test. There would be an appeal process by way of summary application to the relevant sheriff court.

As always, the devil will be in the detail of the regulations. It is clear that the scheme has come about as a result of concerns over the use of residential premises in areas such as Skye and Edinburgh city centre, and the impact this alleged “overtourism” may have on these types of locations.

But that is not to say that the licence will only apply to those types of properties. The regulations could capture any number of different premises types that are let on a short-term basis. It is telling that both the Scottish Association of Landlords and the Scottish Self Catering Association have written to the Government to express concern over how widely these regulations will be drawn.

The licence itself will, at its most basic, fit into the 1982 Act mould. This means that there will be a holder of that licence such as an individual or company, along with an individual designated as the “day-to-day manager” of that licence. The licence will have a term of no more than three years and will be subject to renewal processes as well as the suspension processes that sit within the Act. The licence term can be set by the licensing authority and could be one, two or three years. It is possible that an authority like Edinburgh City Council, which has been most vocal about regulating this area, would go forward with annual renewals.

The renewal process would require public consultation, a site notice, the possibility of objection and a hearing. Once in place, the licence holder would be subject to a number of processes such as intimation of change of details, convictions and so on. A ream of licensing offences would apply including, of course, unlicensed use, which would become a criminal offence.

It has been put to me that councils can “gear up” and bring in temporary staff to help process these applications, but that would only take us so far. There are approximately 32,000 properties in Scotland registered on the successful Airbnb platform alone. By contrast, when the liquor licensing regime changed in 2009 there were around 16,500 applications to process and it was a mammoth task for everyone concerned. The licensing system is supposed to wash its own face and it will be for local authorities to determine a fee for these applications to cover projected costs, but even that is not the full picture.

Licensing is a specialist area and the impact of the new regime is not just about the cost of employing temporary office staff to process bits of paper. It’s also about the inspections that will have to occur in order to produce reports that the properties meet the required safety standards.

There is also the impact on police resource. Every application will need to be reported on and every person checked for criminal convictions and so on. The police may also be asked to report on evidence of antisocial behaviour. The police will see no percentage of the licence fee, and all of this will be happening on top of the other licensing business that both the council and the police are dealing with. It is not too wild a projection to see how the licensing system itself could creak and create delay and logjam, without the right precautions being taken.

There will be a financial implication to this new regime that will put some people off letting their residential property on a short-term basis, so I would expect the number of registered properties in Scotland to drop. When the liquor licensing regime changed, many operators dropped out because they could not afford the costs to convert to the new system for little reward in terms of alcohol sales. The number of alcohol licences dropped from circa 22,500 to 16,500. Any guess at how the new licence will affect short-term let provision would be clairvoyance, but there will definitely be a decline.

The cost is not just the licence fee. Not all applications will be straightforward, and applicants will likely instruct specialist solicitors to represent them at a hearing. The biggest cost might be in making the premises compliant with whatever the proposed safety regulations are.

Another reason I have flagged that may stop some hosts from putting themselves forward for a licence is the public scrutiny. One can imagine the Edinburgh Evening News covering these hearings when it is highly likely that allegations of disorder and revelry will be colourful, to say the least – in addition to the fact that the applicant and the day-to-day manager will be subject to police checks. I can imagine some hosts would think twice about licensing their property when this will mean declaration of past misdeeds, especially when they can be raised in a public hearing.

The regulations should appear some time this year, on the basis that the Government has said it wants the new system in place for spring 2021 – an ambitious target. It will be open to it to allow for applications to be made in tranches to prevent the system from being overwhelmed. The Law Society of Scotland Licensing Subcommittee suggested a pilot could be run in a particular area, but there is no suggestion of appetite for that from Government at this time. With the liquor transition, applications were staggered across four key dates in a year. Something similar would be most welcome here, I am sure. 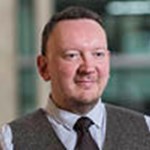