The authors report on their research into the Parenting Apart service, designed to help separating parents transition to their new situation, and the extent to which it has a positive impact
10th February 2020 | Bryan Clark, Gerry Keegan

This article presents a snapshot of findings from recent research conducted into the “Parenting Apart” service provided for parents involved in separation or divorce by Relationships Scotland (RS) member services.

Essentially, Parenting Apart is designed to prepare separating parents for the long road ahead of co-parenting. More specifically, this three-hour session is offered to parents as “an information session [providing] an opportunity for you to find out how you and your children can move forward positively [and] gain insight into what you and your family are going through and how to handle the transition to living apart in a way that’s best for everyone”.

Our aim was to explore the effectiveness of Parenting Apart as an intervention, also including an examination of its relationship with consequent (or concurrent) family mediation. In this regard, our approach was multifaceted. First, we provided an independent analysis of four years’ worth of survey data already collected by RS member services, gauging parents’ attitudes towards Parenting Apart and their experiences of it. These included post-session evaluations, and a comparison between baseline reported attitudes and circumstances prior to attendance at Parenting Apart and those reported after three to six months. To add texture to the quantitative data we conducted semi-structured interviews with parents who had engaged with the process, and focus groups with Parenting Apart facilitators.

The survey data sought views from some 1,475 users of Parenting Apart (673 females, 786 males, 16 no gender stated). In terms of post-session appraisals, our analysis revealed a cohort of parents who were generally very satisfied. Some key findings in this regard included:

As one might expect, in the midst of separating from their partner, prior to engaging with Parenting Apart parents often reported negative attitudes and circumstances. In terms of the three to six month follow-up appraisals conducted by RS member services, our analysis found evidence of some positive movement in this respect. Highlights in this regard included:

Such shifts suggested an enduring useful impact of the Parenting Apart intervention, even if the movement was at times modest and could perhaps be attributed to other factors (including for example, mediation, legal support and counselling).

We conducted seven semi-structured interviews with parents (six female and one male) who had engaged in both Parenting Apart and family mediation. Most of the interviewees recounted very positive experiences in Parenting Apart (although two were critical of their experiences in family mediation). The benefits interviewees gleaned from Parenting Apart sessions emanated from two main sources: the guidance from facilitators about how to focus on the best interests of their children; and the sharing of experience gained from speaking to other parents attending.

On the former, as one interviewee put it, “being in Parenting Apart… and listening to [the facilitators] it got me thinking… right now it’s what my daughter is feeling and what is best for her and that is what I need to focus on”. Another noted the importance of the facilitator’s “[advice] not to respond emotionally to things, try to give logic behind decisions, [accept] changes that need to happen”. Another said that facilitators provided “pointers… questions to ask the kids, things to do with them… I did not know how the kids were actually feeling about the whole thing... [The facilitator said] ‘why don’t you try explaining to them and just be honest?’”

On sharing their experiences with other parents, it was clear that a large measure of inter-parental bonding occurred. Some interviewees spoke passionately about this aspect of the sessions. Representative comments included:

In terms of impact on consequent mediation, interviewees offered up a range of benefits of participation in Parenting Apart, including finding out more about the mediation process, becoming familiar with mediators (Parenting Apart facilitators were also at times parties’ mediators) and surroundings, readying themselves to communicate with their former partner, and assisting them to focus on outcomes that represented the best interests of their children. Those who saw fewer such gains in mediation commented either that their child’s other parent had not engaged in Parenting Apart or that they had been intransigent in the mediation that took place. 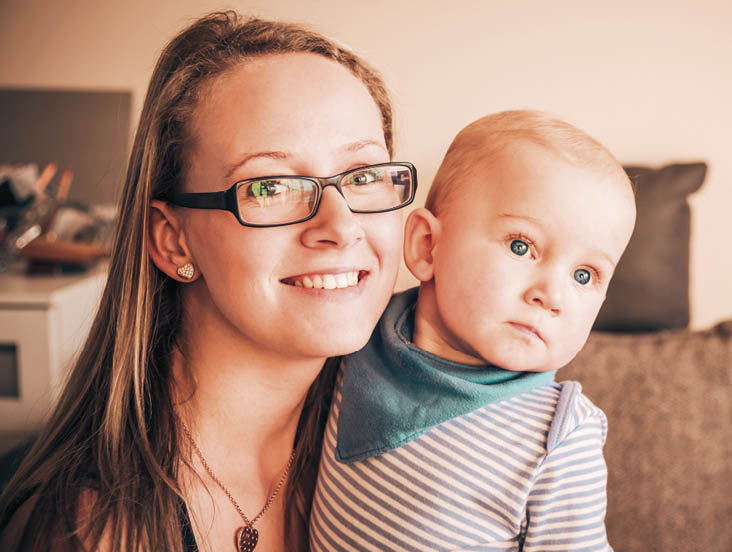 What the facilitators said

Focus groups conducted with Parenting Apart facilitators from two different RS member services yielded evidence of a very committed, enthusiastic group of practitioners who saw great merit in the Parenting Apart offering. They spoke with bristling energy and enthusiasm about the service. Much of what they said mirrored the sentiments of interviewees. So, for example, facilitators pointed to the central benefit of the sessions to help parents leave behind their own grievances and focus on the interests of their children, and echoed the interviewees’ views about the significant value of sharing experiences with other parents.

One notable theme emerging from facilitators was the impact of Parenting Apart on mediation. They pointed to the potential for Parenting Apart to help parents in mediation move on from the past and focus on what was important for the future. Specific comments in this regard included:

Indeed, some facilitators saw Parenting Apart as an integral part of mediation rather than as a distinct process. As one put it, “It’s really a prerequisite… I always say to people who come here that we really expect them to attend a Parenting Apart session”.

Our study pointed to high levels of satisfaction in the Parenting Apart user base. Importantly, in terms of longer term effects, the results of the three to six month follow-ups indicate marked improvements across a range of attitudes and reported circumstances, including in parental relationships and the attitudes of children, a greater likelihood of contact arrangements being in place and a reduction in the use of solicitors and in the seeking of court orders.

Equally, we would caution that Parenting Apart (and mediation) will not always be effective, and RS member services need to remain alive to the need for more traditional intervention and legal enforcement in some cases. Further research on the long term impacts of Parenting Apart, as well as its relationship with mediation, would aid our understanding of the utility of this intervention further.

Parenting Apart has grown and become better known in legal circles over recent years, with facilitators stressing the significant work conducted to raise the service’s profile with family lawyers and sheriffs. This is to be welcomed. The future of Parenting Apart is unclear, however. The service has been made possible through dedicated Scottish Government annual funding from April 2015 to March 2019. At the time of writing that money is no longer being provided. It is understood that around £80,000 of funding is required to continue to offer the sessions free to all clients.

To our mind, given the positive appraisal in our work, further dedicated funding would help to achieve beneficial outcomes for children and families.

The Author
Bryan Clark is Professor of Law and Civil Justice, University of Newcastle. Gerry Keegan is a tutor at the Centre for Lifelong Learning, University of Strathclyde
Share this article
Add To Favorites