Legal tech: claiming back the benefits

Is the current state of legal tech of real benefit to solicitors, or are they spending too much time working to others’ requirements? One practitioner sets out the problems, and a possible solution
10th February 2020 | Chris Stuart

It was Benjamin Franklin (to maintain the tech theme, I looked it up on Google) who is credited with the saying “Time is money”. Solicitors are constantly being asked to provide a faster and better service. At the same time we have to comply with an ever-increasing burden of regulation, all this while under pressure to reduce our fees.

It has never been more important that we manage our time efficiently if we are to make a profit. Profit is, after all, at the heart of the legal definition of partnership. The key to efficiency lies, we are told, with legal tech. My contention is that current legal tech does not work well for solicitors. Serious joined-up thinking and innovation are urgently required to take us to where we need to be.

Of course, legal tech has numerous advantages. Internet access to information and email have transformed the way we work. When I started as a sole practitioner in the early 1990s there were no case management systems.

I had to teach myself programming to create a custom document assembly system that worked from within Microsoft Word. Thankfully, today, excellent integrated case management systems are available. But many of the common tasks we require to perform take four or five times longer to complete than their equivalents 30 years ago. In my book, that is not progress. If we are wasting time, the ability to make a profit diminishes.

Let’s take a brief look at some developments to date. We have been through what I call phases 0 and 1 and we are currently in phase 2. Unfortunately, phase 2 is not good for solicitors. Phase 3 does not yet exist, but I will set out what I think it might look like.

Phase 0 – Age of the typewriter

When documents were handwritten, the average writing speed was 30 words per minute. Typewriting raised this to around 150 words per minute. Clearly this was progress. But everything still had to be typed from scratch. If a firm even had a styles bank it would be paper-based and required copy typing with each use. If there was a typing error the whole deed might have to be retyped, or the testing clause would require to narrate every initialled alteration. Phase 0 was not an age of efficiency.

In the early 1980s typewriters were being replaced by word processors. They had limited memory. Chunks of text could be saved and amended. If you are too young to remember those days, trust me, this was revolutionary. But the real breakthrough came with personal computers. The potential was enormous if not, at that time, universally recognised. Many law firms simply replaced their typewriters and word processors with individual PCs which were not networked. It was possible, however, to network desktop PCs throughout an office. A server could house all the styles and documents for the firm, and desktop PCs could feed off the server. Styles became uniform and centralised throughout the office. Documents could be set up as template styles with merge field codes for variables such as names and addresses. The legal profession controlled the data, could enter data into our systems and produce many documents at the press of a button. Enter once and use many times, was the mantra. It still is. We sent our paper documents to other solicitors, to searchers, to Registers of Scotland and others who then had to extract data and manually enter it into their systems. This was not efficient for them. Phase 1 was an efficient time for solicitors.

Today, the third parties to whom we used to send our paper documents have us logging into their web-based systems and manually entering our transaction data into their online forms. We have become the unpaid data entry persons working on behalf of those third parties. We have gone from entering data once and using it many times, to entering the same data many times over for single-use purposes for the benefit of others. This is highly inefficient for solicitors. Those parties design data input forms based on the information they want from us. They give little thought to the person who has to enter the data. There is no joined-up thinking between the various organisations involved. The information they require is similar, often identical. But there is no uniformity, and similar form fields are at times in a different order (compare LBTT returns with registration application forms), which can be confusing. This is poor implementation.

It does not need to be this way. Solicitors and their staff are wasting huge amounts of precious time. This needs to change.

Phase 3 – a Scottish conveyancing system based at Registers of Scotland

In my view, what we need is a unified, national conveyancing system. This should work for the benefit of all parties involved, including Registers of Scotland, searchers, mortgage lenders, Revenue Scotland, local councils, the Scottish Government, and of course solicitors.

I believe that Registers, as the central repository of property data in Scotland, should be at the centre of such a system to handle the whole process of property transactions and registration of deeds. I also believe it has the ability and willingness to work with us towards a planned digital future.

The excellent Digital Discharge Service offers a glimpse of what such a system might look like. It has not tried to mimic a paper system, but is designed as a wholly digital process. ScotLIS is another example of how Registers has already provided a useful digital solution for accessing property information.

Imagine a system along the following lines. For convenience, let’s call it the Scottish Conveyancing Hub (SCH). In a conveyancing transaction each solicitor involved would log into SCH and enter the relevant data, such as client names and addresses, property details and price. The data are entered once and can then be used many times. All the main organisations concerned would also have logins to SCH and obtain the data they need directly from SCH. We would no longer need to waste our time entering the same information many times into numerous different websites.

I am advised that in Australia, the PEXA system works similar to this. So, once an offer has been accepted (and even the missives, where standard, could eventually become a statutory document providing consumer protection with no need to print out and sign), and a transaction commences, the selling solicitor would enter the transaction data into the system. They would select their preferred searchers from SCH, who would receive an automated alert and produce the required reports, which would be automatically available on the system. I am advised that the Norwegian Ambita system works like this. The purchasing solicitor can log on and download the title sheet and search reports.

No need for signed deeds

For properties already registered in the Land Register there should no longer be any need for a disposition signed by the seller. Some may consider this a step too far, but it already happens with the Digital Discharge Service and I see no purpose in having signed dispositions when the deed adds nothing that is not repeated in the registration application, which itself would no longer be required in its current form. Solicitors used to sign a warrant of registration on deeds to be recorded in the Sasine Register to give Registers of Scotland authority to record the deed. The digital authority of the selling and purchasing solicitors, as given through the SCH system, should be sufficient for Registers to effect changes to the title sheet.

The same could apply to any securities to be registered as, similarly, I see no need for a signed standard security. Security could be created by simply choosing a lender from a list on the SCH system.

The current practice of each lender having their own corporate style of deed makes no sense, given that a uniform style is stated in the Conveyancing and Feudal Reform (Scotland) Act 1970. The loan agreement signed by the borrower to create the personal element of the debt obligation could allow for the creation of the digital security. The SCH system would abolish the need for much of the ill-considered reporting currently required on lender panels. Lenders could access SCH and see the position for themselves in real time. Once a purchase transaction has settled, any remaining information for LBTT purposes can be added to the system, but most of this will have been entered already. The submission to Revenue Scotland could be more efficiently done through the SCH system. I believe this happens with PEXA. Currently, Registers has to check this information through the separate Revenue Scotland LBTT system, which is a waste of Registers’ time and resources, as well as ours. Completion of an LBTT return is a prime example of technology creating more work than we had previously. We even have to complete returns for numerous transactions where the price is less than the threshold for tax liability. What a waste of time! With SCH, completing a return should be automatic.

Having uniformity of data fields should also make searching for information and analysis of property data faster, more accurate and more useful. It is not impossible to imagine the SCH system also providing and storing appropriate anti-money laundering checks, all built in and available to the relevant parties. Given that Registers of Scotland is also in the business of maintaining and making data available, it would make sense for all property information also to be held, so that the title sheet would link to and make available all sorts of information for a given property. A history section in the title sheet would be interesting.

We need to consider how we wish the conveyancing process to be conducted in the future and work towards that. If we work together we might eventually arrive at phase 3.

I would like to thank the following people who cast an eye over my original drafts and made suggestions: Professor Stewart Brymer; Jennifer Henderson, Keeper of the Registers; and Deborah Lovell, formerly convener of the Law Society of Scotland’s Property Law Committee, and Lorna Innes of First Scottish, searchers.

I have a few more suggestions as to how legal tech could benefit the legal profession and all others involved in legal processes, not just conveyancing:

Solicitor forum. Currently there is no real, user friendly, forum where solicitors can communicate on a regular basis. I would like to see this available through the Law Society of Scotland/Journal website.

Use of e-books. Currently the majority of legal textbooks are still primarily paper based, expensive and difficult to keep updated. If legal texts were produced as e-books, this should make them more affordable, easier to access and easier to update.

Paperless. Printing paper is not good for the environment. If we can reduce the amount of printing this can only be a good thing. Printing a draft LBTT return takes seven pages, which is inexcusable.

Dynamic documents. It should be possible to create more documents online with no need for printing and signing. Some could also be dynamic in the sense of automatically adopting changes in the law. For example, imagine a power of attorney being a document covered by statute and created simply by the solicitor entering their client’s details into an online system and authorising the creation/registration. The powers would not need to be laboriously drafted. Once created, the power of attorney could benefit automatically from any future statutory amendments, without the need to redo
the deed. 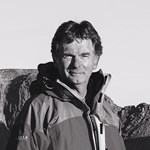