A brief history of (the law on) time

Cases since 2014 have restated the law of prescription with the intention of increasing certainty as to the running of time, but have they had that effect? And what of the amending 2018 Act?
9th March 2020 | Alyson Shaw

In Scotland, the Prescription and Limitation (Scotland) Act 1973 establishes a five-year time limit within which claims arising from an obligation to make reparation must be raised. On the expiry of that period, unless a relevant claim or acknowledgment has been made, the obligation is extinguished.

The prescriptive period will typically run from the date on which the loss, injury or damage occurred; though, by virtue of s 11(3) of the 1973 Act, that date will be postponed in circumstances where the injured party was unaware, or could not with reasonable diligence have become aware, that loss had occurred. For almost 30 years, this provision was interpreted in Scots courts as having the effect of postponing the commencement of the prescriptive period until such time as the pursuer was aware, first, that loss had been sustained and, secondly, that it had been caused by the fault or negligence of the defender. Since 2014, judicial decisions, and amending legislation, have given rise to a series of new questions.

On 13 August 2009, Morrison raised an action against ICL for damage caused to its premises during an explosion at ICL’s factory. In answer to a plea of prescription, Morrison contended that s 11(3) had the effect of delaying the running of prescription until it became aware that the damage was caused by ICL’s negligence, which could not have happened until it obtained an expert report in August 2004.

By majority of 3:2, the Supreme Court rejected Morrison’s interpretation of the 1973 Act, finding that s 11(3) was concerned only with awareness of loss as a matter of objective fact, and not with matters of legal liability. Adopting what Lord Reed described as “the more natural reading” of s 11(3), the court concluded that the prescriptive period commenced as soon as Morrison became aware of the occurrence of its loss; knowledge that the loss was attributable in whole or part to the acts or omissions of ICL was, in the court’s view, of no relevance.

In reaching its decision, the Supreme Court departed significantly from existing authority, holding that a requirement for knowledge of causation “did not correctly reflect the intention of Parliament”, or the legal certainty the 1973 Act was designed to create. After all, to require knowledge that a loss was caused by an act, neglect or default is to require knowledge of a loss that is actionable in law, something that could be accelerated or delayed by a variety of external influencing factors including, for example, the accuracy of legal advice received. In a context where certainty is important, a test of this nature is, understandably, not an attractive starting point.

What is notable, however, was Lord Neuberger’s reluctance to attach any weight to the parties’ competing policy arguments, noting that the imposition of prescription and limitation periods inevitably involves balancing competing public and individual interests. This is, of course, correct but, as was also perhaps inevitable, the case law flowing from Morrison has thrown into question how well that balance was struck.

In contrast to Morrison, this case was not concerned with observable physical damage to property but with economic loss flowing from an alleged breach of contract. The court was therefore required to address for the first time the question of whether, for the purposes of s 11(3), a pursuer must be able to recognise that they have suffered some form of loss or detriment before the prescriptive period can begin.

In 2004, the defenders (“CRB”) served three notices to quit farmland on the trustees’ tenant. The tenant refused to cede possession and, in July 2008, the Scottish Land Court found that two of three of the notices to quit were invalid. The trustees raised proceedings against CRB on 17 May 2012 claiming, amongst other sums, the legal fees and outlays incurred in attempting to obtain vacant possession.

On appeal, the Supreme Court concluded that the trustees suffered loss on 10 November 2005, when they were unable obtain vacant possession of their land. They became “actually or constructively aware” of that loss when they incurred legal expenses in raising ejection proceedings. As that date was 17 February 2006, six years before the action was raised, their claim had prescribed.

Significantly, the court disregarded the fact that, at the time of paying their legal expenses, the trustees were unaware they were incurring a loss. On an objective assessment, the court held, knowledge of the incurring of expenditure could amount to awareness of loss for the purpose of s 11(3) if the expenditure ultimately turned out to be wasted, as it was here.

The application of s 11(3) was thus affirmed and the concept of “awareness” narrowed even further. Why? To provide legal certainty. As Lord Hodge explained, if it were fundamental to the commencement of the prescriptive period that a pursuer be aware that something had gone awry, or that their loss was compensable in the reparation sense, prolonged uncertainty would ensue. After all, in what sense could a pursuer truly be “aware” that there had been a breach of duty before a judicial determination of the issue? Would awareness require certainty of success in the claim, or would knowledge of good prospects of success suffice?

Clearly, in those circumstances, “awareness” would become a matter for subjective assessment – a comparatively complex and time-consuming exercise that was rejected by the majority in Morrison. Much better to have cogency and consistency in the law, even if unduly prejudicial to pursuers, right? As Lord Malcolm acknowledged in Gordon’s Trustees, with the benefit of certainty comes the creation of “hard cases”, a sentiment undoubtedly felt by Lord Doherty in the 2019 case of Midlothian Council.

In 2004, Midlothian Council employed Blyth & Blyth to carry out site investigation works as part of a social housing development project. Although the site was above a former coalmine, Blyth & Blyth advised that the risk of ground gas was “low”. In reliance on that advice, no gas protection membrane was installed under the 64 houses built by the council, leaving occupiers susceptible to gas-related illness.

Practical completion was achieved in June 2009. In 2013, following the detection of noxious gas in one of the properties, the council decided to have the houses demolished. In 2018, it raised an action for damages against Blyth & Blyth.

Blyth & Blyth identified the council’s loss as the wasted expenditure it incurred in constructing a development that was doomed to be defective. Knowledge of that expenditure amounted to knowledge of loss and therefore triggered the start of the quinquennium. By contrast, the council characterised its loss as getting an uninhabitable development, something it could not have become aware of until 2013, when the first complaint of ground gas was received.

Lord Doherty concluded that there was loss as soon as the council accepted and acted on Blyth & Blyth’s negligent advice. Why? Because the development was destined to fail by virtue of that advice, and thus any building costs incurred by the council would inevitably be, and were in fact, wasted. In identifying when the council became aware of its loss, the court affirmed the somewhat counter-intuitive approach taken by Lord Hodge in Gordon’s Trustees. Indeed, despite accepting that the council was unaware that anything had gone wrong until September 2013, the court nevertheless found that the council was aware of its construction costs, and therefore its “loss”, by June 2009. The obligation to make reparation became enforceable from that point and therefore prescribed five years later.

This decision, which is under appeal, has attracted criticism within both professional and academic spheres. After all, following Midlothian, a pursuer may find themselves deprived of their right of action before they are even aware they have sustained a loss, a result that has given rise to “considerable unease” as to whether a fair balance has been struck.

Of course, whether the rigour of Midlothian will necessarily be felt in each case remains to be seen. As Lord Doherty’s recent opinion in Loretto Housing Association v Cruden Building & Renewals [2019] CSOH 78 serves to demonstrate, Midlothian was a “clear case” and will not otherwise be applied without prior inquiry into the facts.

The 2018 Act received Royal Assent on 18 December 2018 and, once in force, will effect a radical overhaul of the rules governing the commencement of the five-year period.

Specifically, it will postpone the start of the prescriptive period until the date on which the pursuer is aware, or could with reasonable diligence have been aware, of the facts of (a) the loss; (b) the act or omission that caused the loss; and (c) the identity of the person that caused it. Without knowledge of each of these three elements then, under the new legislation, they will not have the awareness necessary for time to start to run against them.

According to the SLC’s Report on Prescription, which recommended the reforms, whilst this new discoverability formula may appear generous to pursuers, it does not go so far as to prejudice defenders. If anything, the reforms simply return the law to what was thought to be the position pre-Morrison, by providing affected parties a fair opportunity to raise their claim timeously, whilst preserving the five-year time limit on a defender’s liability.

It seems fair, if a pursuer does not know of the facts supporting a claim, to allow them some time to discover these; but fairness also requires that a defender’s liabilities will not continue indefinitely. Hopefully, the new reforms will achieve that balance.

In any event, there is more to prescription than justice between particular parties; there is also the wider public interest in fairness, clarity and certainty.

But what of the pursuer whose right of action accrues from an event occurring before the commencement of the Act? After all, it is clear from the SLC’s report that the legislation is not intended to have retrospective effect. Perhaps, with Lord Doherty’s decision in Midlothian being under appeal, there may be further change on the horizon.

Until then, pursuers remain vulnerable to the law as currently stated, from which only one message can be taken: Time waits for no one. 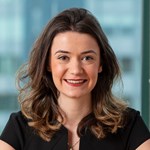 Alyson Shaw is a solicitor with Shepherd & Wedderburn