CGT: early reporting for all

Property briefing: solicitors need to be aware of the new 30-day CGT reporting requirement for residential property disposals, which from 6 April will apply to UK residents as well as non-residents
9th March 2020 | Alasdair Johnstone

The new tax year is rapidly approaching, and it brings some important tax changes which will be of interest to conveyancers. From 6 April 2020, new rules are being introduced which affect the way that disposals of residential property need to be reported for capital gains tax (CGT) purposes.

What are the current rules?

Currently, when a UK resident disposes of a residential property which does not qualify for principal private residence (PPR) relief, it must be reported on their self-assessment (SA) tax return. This (if done online) is due by 31 January in the year following the end of the tax year of disposal, and any CGT must be paid at the same time.

So, for example, a UK resident disposing of a property on 6 April 2019 has until 31 January 2021 to file their return and pay any tax.

From 6 April, UK residents (other than companies) must report and pay tax on disposals of residential property within 30 days of completion (settlement). This brings the rules in line with those that already apply to non-UK residents, who have had to comply with a similar regime since 2015.

What is “residential property?”

The new rules apply to residential property located in the UK. This is defined as being land that has, or had, a dwelling on it at some point during the time it has been owned. It also includes outbuildings and garden or grounds. An apportionment is acceptable where a dwelling is being sold with other (non-residential) land.

What disposals need to be reported?

All disposals of UK residential property will need to be reported within 30 days if that disposal creates a gain on which CGT is payable. The rules apply equally to all disposals, including sales and gifts.

There are, however, some exceptions to the reporting requirements. The most important exceptions are where there is no tax payable, for example where the disposal qualifies in full for PPR relief.

Other exceptions include disposals which:

This means that the disposals of buy-to-lets, second homes and investment properties are likely to need to be reported. Eligibility for PPR relief in full should also be considered carefully, as there have been some recent changes which reduce the availability of PPR relief.

What is a “disposal” and when is “completion”?

Completion is generally the date on which the disposition is delivered. So completions after 5 April 2020 based on missives concluded before 6 April 2020 do not need to be reported within 30 days.

When does a return need to be made?

A return must be made and the tax paid on or before the 30th day following the day of completion of the disposal.

If there is more than one owner, each of them must make a return. Taxpayers who complete an SA return will still also need to disclose the disposal in their return in the usual way. Those who do not complete an SA return do not need to make a further return, provided they have paid the correct amount of tax.

HMRC will launch a new digital service for these one-off returns from 6 April. A failure to report and make a payment of the tax may result in penalties and interest.

How much tax needs to be paid?

A taxpayer’s CGT liability is based on a number of factors, including their income tax liability and other gains and losses for the tax year. As a result, the final tax liability often cannot be known until after the end of the tax year. However, a taxpayer must make a reasonable estimate of the amount of tax payable and make a payment on account to HMRC within the 30 day window.

In order to do so, the taxpayer will need to have an estimate of their income for the year, details of their acquisition and disposal costs and any capital improvements carried out to the property.

What are the transitional rules?

Any disposals on or before 5 April 2020, even if they are completed after, are not caught by the new reporting requirements and can be reported in the usual way.

Conveyancers are perhaps unlikely to be involved in CGT reporting for clients, and terms of business may reflect this, in keeping with other tax advice. However, to avoid any complaints, solicitors will wish to inform sellers of the new rules at an early stage (for example, from when instructed in the sale), so they can make appropriate preparations – for example to ascertain the acquisition cost, which may require valuation advice. Practitioners may also wish to prompt their clients to take tax advice and collate the necessary information in advance of completion, so that they can make the return within the short timescale. 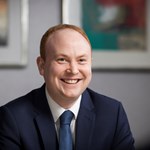 Alasdair Johnstone is a partner at Anderson Strathern, Edinburgh and a member of the Law Society of Scotland's Tax Law Subcommittee