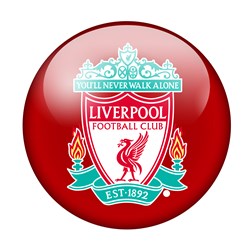 Securing strong IP protection for brands is an important part of the fight against infringement. By registering a trade mark, a business can effectively deter third parties from unauthorised use of its brand. A trade mark provides the owner with exclusivity to the particular name, logo, slogan, shape, sign or sound clip in the territory that the mark is registered in. Once registered, protection lasts for 10 years, after which the mark can be renewed indefinitely.

However, as a registered trade mark offers very strong rights, there are various rules which prohibit the registration of certain words or marks. A trade mark that exclusively consists of signs or indications designating geographical origin is an absolute ground for refusal under s 3(1)(c) of the Trade Marks Act 1994 (“TMA”) and shall not be capable of registration.

A place name, not a brand

It is therefore perhaps unsurprising that Liverpool FC’s attempt to trademark “Liverpool” was unsuccessful. Liverpool FC insisted their intention was to protect the club against the sale of unauthorised, inauthentic merchandise, and indeed the trade mark application covered goods relating only to football or the club itself. Nevertheless, the legislation is clear that geographical locations are not capable of trade mark registration. The UK Intellectual Property Office has maintained this approach over the years, for example in its 2015 rejection of “Canary Wharf” as a trade mark by a property company, on the premise that Canary Wharf is a well known area whose name should be free to use. Similarly, when a trade mark for the Scottish landmark “Argyll Arcade” was erroneously registered, it was subsequently revoked (2010) on the basis that it was devoid of distinctive character and described a geographical location.

Nevertheless, the TMA does provide an exception to the rule against trademarking a geographical location. Where an applicant can demonstrate that the mark has distinctive character as a result of its prior use, it may be capable of registration (s 3(1)). In 2016, Chelsea FC was successful in registering its trade mark “Chelsea”, in a bid to prevent the sale of unauthorised merchandise by street vendors. That application was slightly narrower in scope, in that it was only in relation to clothes “relating to or bearing the indicia of Chelsea Football Club”. However, other English football clubs have done the same: Everton FC registered “Everton”, Southampton FC registered “Southampton”, and most notably, Tottenham Hotspur successfully registered “Tottenham”, despite the broad scope of the application. It appears to be the geographical significance of Liverpool as a city that set it apart, in comparison to such as Everton and Tottenham that were not said to be names that would naturally lend themselves to being an indicator of geographical origin.

What remedies are available for Liverpool FC and other businesses whose trade mark applications have been rejected? Branding which has not been registered as a trade mark may still be protected through the common law of passing off. Put simply, passing off occurs when a business misleads consumers into believing that its goods were actually those of, or linked to, another supplier, so as to benefit from the reputation that other supplier enjoys. It can, in effect, be seen as preventing a form of unfair competition where customers are deceived as to the origin of the goods they are purchasing.

Rights in passing off are still incredibly valuable in protecting one of the most valuable assets of the business – the goodwill. This is the ability of a particular brand to persuade customers to purchase goods or services by identifying them as originating from that business. Businesses must be able to demonstrate that the mark attracts customers to the goods or services and distinguishes it from those of the competition. In order to benefit from this protection, it must be in use by a business. The business must also establish that they own and have built up a reputation in the mark by using it, and have suffered a loss as a result of someone else using the mark in a way that misleads or confuses the customer.

Lessons to be learned

Care should be taken by businesses in choosing brand names to ensure that the name is distinctive in character should they wish to proceed with a trade mark application. The Liverpool FC application shows that even if an associated and famous place name is important to a business’s brand, it must not take priority when it comes to naming the product, as it may prevent the brand from being registered as a trade mark. This does not mean there is a blanket ban on the registration of geographical locations, but any registration will need to also establish distinctiveness.