In the month of International Women’s Day, is law still a man’s world? Research illustrates that much needs to change, at societal as well as professional level, for that no longer to hold true
9th March 2020 | Val Dougan

Is law still a man’s world, it has been asked? 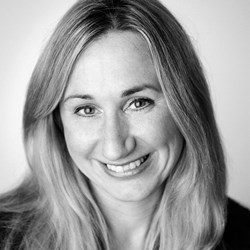 Equality for me has never been about blaming men, so I prefer to ask: does law work equally well for men and women? The answer is no, it doesn’t, but the same could be said across the world of work. In my view we need to rethink the way we work, and adapt the system so both sexes can have the same opportunities.

We have seen huge changes in the legal profession. But the nub of the issue remains how we manage our lives beyond work. The system was not designed to take into account how we care for others. That’s mostly about children, but not always. A bar chart in the Profile of the Profession survey highlights that of 103 people with pre-school care, one man was the primary carer, compared to 102 women (and four men compared to 142 women during primary school years). That needs to change, and most of that is not in an employer’s gift. A great deal is about culture and roles. I see women facing tough decisions as they make trade-offs to juggle their career and their children. Men (on the whole) do not face the same challenges.

Despite these challenges, in the last five years 63% of newly admitted solicitors were female, a trend that seems set to continue.

We start to see the design flaw as women progress. Only 32% of partners in Scotland are women, and the Profile of the Profession sample indicates that this reduces to 6% at equity level. Our gender pay gap sits at 23%, higher than the Scottish average of 15%.

Increasingly law firms are asking the difficult question, why the missing 18% of women at partnership level? It can be done. In my team, for instance, we have seven female partners and four men.

Rob Marrs at the Society and I have discussed this. His point is: why demand diversity at pitch stage and then place demands on colleagues that mean late night working, with the obvious knock-on impact on carers? I know the Society is trying to promote an open conversation from private practice and in-house solicitors on this. I’m not sure men want to work like that either, and I’d love men to get more involved.

Realistically I think it will take a long time to move away from this breadwinner model of work, which was set up in the days when someone else was at home looking after the kids, but steps like the Mindful Business Charter are making inroads with this.

Law is a high-performing environment, which can often entail long working hours. We need to make changes like embracing job sharing at senior levels, and we need to see more men working flexibly and taking more of a role in sharing childcare. Agile working is becoming more commonplace, but is still not common. These are big issues that are wider than the legal profession and are not going to change overnight, nor can they be placed solely on the shoulders of employers.

In the recent past, the Law Society of Scotland has done a lot in this area. The biggest single move was the voluntary equality standards launched a few years ago, which I’ve been involved with from the early days. They haven’t been taken up as much as we’d like, so we will consult on a requirement to have an equality lead in each organisation in the future.

The team have also done a lot of work with other organisations to support initiatives to celebrate the 100 years of women in law, and in 2020 the Society will consult on a regulatory requirement, and launch training on unconscious bias and guidance on mainstreaming flexible working for all.

I am hopeful that this generation of new dads who have known shared parental leave will remain engaged in their children’s lives and share that responsibility. A huge part of achieving change has to be about bringing men on board. We need to normalise gender balance from trainee to partnership level and talk about the benefits to everyone.