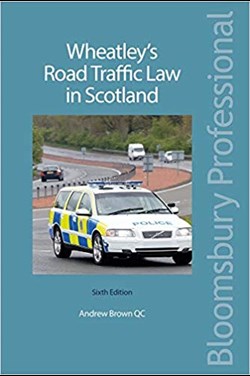 The author comprehensively reviews case law and the provisions of the legislation. This most recent edition provides updates on the introduction and application of the reduction (in Scotland alone) of the blood alcohol levels and the loss of the right to choose a further test in low reading drink driving cases. There is also invaluable guidance on the evidential requirements of speeding and driving while using the telephone. Deceptively simple offences. As the author notes, “Speeding cases generate perhaps the highest proportion of road traffic appeals.”

The book is particularly helpful in reproducing the relevant section of legislation under consideration and reference to the penalty. The practitioner would need little more than this fulsome text.

The European Union and Deprivation of Liberty 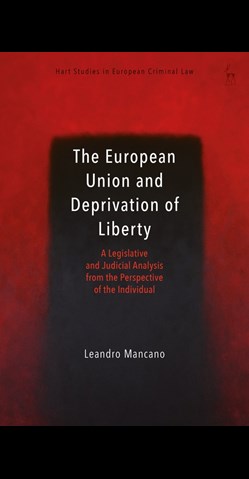 Notwithstanding the UK's withdrawal from the European Union, the legal order of the Union will remain relevant. Union law has developed since the UK's accession and now forms a coherent set of legal rules of procedure (coherence on rules of evidence was and will remain difficult to achieve). By its organic development, it has been influenced by the common law. It will be frozen into UK domestic law in terms of the withdrawal legislation.

This book provides a clear, readable account of the legal order on deprivation of liberty within the European Union. It does so by considering the EU legislative and judicial approach from the perspective of four fundamental rights and principles: the principles of legality and proportionality of penalties; the right to liberty; and the principle that criminal penalties must aim for the social reintegration of the offenders. For example, the current EU provisions which provide for swift and effective mutual recognition on custodial sentences and their transfer, with the objective the person serves the sentence in the wider environment that encourages rehabilitation, have a laudable objective in any context.

The United Kingdom remains a party to the Council of Europe and the European Convention on Human Rights. Dr Mancano provides a clearsighted overview of the current operation and effectiveness of the EU legal framework around the core question of deprivation of liberty. He observes that given deprivation of liberty must be proportionate to the aim sought (punishment for the crime committed, society's retribution for the offence and the deterrent effect of sentence on others, as well as the future conduct of the individual), the current stumbling block is the absence of harmonisation of prison conditions in European states: as the author describes it, “the thorny issue of detention conditions and mutual recognition”. The conditions of detention are a consideration of both article 8 and article 5 of the Convention. This is interlinked to the issue of free movement of decisions with the free movement of people.