Give me liberty or give me an ECHR-compliant lockdown!

The COVID-19 pandemic has seen the UK and Scottish Governments impose the most comprehensive restrictions on freedom of movement ever experienced by UK citizens. For the first time, as a matter of law, the public are not permitted to leave their homes without a “reasonable excuse”, as enshrined in Scotland by the Health Protection (Coronavirus) (Restrictions) (Scotland) Regulations 2020.

At the time of writing it appears that the measures have widespread public support and it is generally accepted that such restrictions are necessary to control the spread of the virus. That said, there have also been reports of police officers adopting apparently draconian approaches to enforcement and going beyond the letter of the law in their attempts to promote social distancing generally.

While this note cannot hope to address comprehensively the varying human rights issues arising from the lockdown, it will attempt to provide a brief overview of some of the key issues and legal concepts engaged. Focus is restricted to ECHR article 5, although it goes without saying that the measures are also likely to engage the rights to freedom of assembly (article 11) and private and family life (article 8) at very least.

Having established this prima facie breach, one must consider whether the breach is permitted within the ECHR framework. Two potential justifications arise, neither of which appear to be wholly satisfactory. Article 5(1)(e) provides for the “lawful detention of persons for the prevention of the spreading of infectious diseases”. Enhorn v Sweden (2005) 41 EHRR appears to envisage that such restrictions would be applied to those who were infected. On that basis, Alan Greene has suggested it may not be competent to justify a deprivation of liberty against all citizens by way of article 5(1)(e) (blog, strasbourgobservers.com, 1 April 2020). In that event it would be open to the UK Government to exercise article 15, which allows derogation from the protected rights in times of emergency. However, as Hickman, Dixon and Jones have pointed out (coronavirus.blackstonechambers.com, 6 April 2020), this would require a possibly unpalatable acceptance by the Government that the measures in place infringe article 5 rights.

Assuming that the measures do fall within the scope of article 5(1)(e), one must still consider whether they meet the requirements of legality, necessity and proportionality.

There are two issues to consider regarding legality. First, are the legal measures restricting citizens’ movements lawful? Secondly, are those “enforcing” the measures acting within the scope of the law?

On the first point, there is an ongoing debate regarding the regulations. Put simply, on one hand there are those, such as Jeff King of UCL, who argue that the restrictions on movement are within the scope of the emergency powers afforded to the UK Government by the Public Health (Control of Diseases) Act 1984 and the more or less identical provisions in the Coronavirus Act 2020 as respects the Scottish ministers (ukconstitutionallaw.org, 1 April 2020). On the other hand, Hickman and others argue that neither of these pieces of primary legislation explicitly authorise measures which would apply a general restriction on the population leaving their homes. Without addressing those arguments in detail, I would simply observe that if there is a question mark over the vires of the subsidiary legislation creating these restrictions, it would surely be preferable for the powers to be explicitly authorised by Parliament.

Turning to enforcement, it is vital that police officers to not overstep their powers under the regulations. The police are entitled in terms of reg 7 to take such action as is necessary to enforce the regulations. However this is subject to the list of reasonable excuses provided at reg 8(5). It goes without saying that the police’s role is to enforce the law, and not any wider Government advice. The regulations do not limit the number of times a person may leave the house per day, provided they have a reasonable excuse, or what purchases they make during a food or drink shop, or driving to a location in order to exercise. Police officers must be vigilant not to stray into “enforcing” Government guidance rather than the letter of the law. Such actions would be both unlawful and have a harmful effect on the public’s general consent to policing of the lockdown.

Actions which engage Convention rights should be necessary in order to be justified as an infringement. Currently the weight of scientific opinion appears to be in favour of the lockdown provisions and the Government has expressed a view that they continue to be required.

In order to monitor ongoing necessity, reg 2(2) requires a three-weekly review of the restrictions by the Scottish ministers and reg 2(3) requires their termination as soon as they are no longer necessary. These provisions should provide some comfort, but a question mark may hang over how necessity is demonstrated as the infection rate declines: drawing clear lines as to what measures remain necessary during a transition back to normality may not be easy.

Proportionality – the requirement to go no further than necessary when engaging Convention rights – is, again, applicable both in terms of the underlying legislation and in practical enforcement. Currently, it appears to be generally accepted that the restrictions remain proportionate, but as we move into a de-escalation or transition phase the arguments as to which restrictions remain proportionate may become more acute.

Similarly, the power in reg 7(1) to “take such action as necessary” to enforce the regulations, as well as reg 7(4) authorising the use of “reasonable force”, must be read in light of this requirement. It is plain that any enforcement should begin with the least restrictive measure possible. 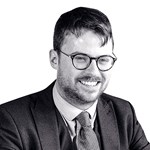