During the lockdown, a series of virtual round tables has allowed in-house lawyers to share experiences of new ways of working and what they may mean going forward
11th May 2020 | Beth Anderson

One of the main themes from the first in our series of virtual round tables for in-house lawyers was collaboration. In our second and third sessions, held during April, an impression of relative positivity continued, with the standout word of the second event being “pragmatism” and the third concentrating quite strongly on finding a way forward.

Joined by around 20 in-house counsel across the two events, again I gained an insight into how different sectors, in-house teams and jurisdictions have reacted to the coronavirus crisis.

Similar to the first, these two sessions kicked off with participants sharing their experience of how their teams were adapting to the current situation. In particular, there were some interesting insights from those working across a number of jurisdictions. The effects of COVID-19 were obviously felt much earlier in other countries, and in-house solicitors with colleagues (or even supply chains and customers) elsewhere in the world clearly had a better sense of what was to come before many of us. Chinese operations were hit early and mobilised quickly. Italian colleagues queried why their Scottish counterparts were still travelling into the office, and some businesses took early decisions to mandate working from home policies as a result.

One participant particularly highlighted the benefit of having a global operation from a wellbeing perspective. As colleagues who had “been there, done that” were able to share their own strategies for coping with confinement, there was a sense that the challenge of adapting to lockdown was lessened slightly.

Another commented on cultural differences. In China, 100% compliance with authority is simply expected. The almost unquestioning obedience with which our own population has also complied with a set of unprecedentedly strict curbs on behaviour has perhaps been helped along by watching things unfold elsewhere in the weeks and months before.

For those with and without international colleagues, there was an almost universal agreement that the move to homeworking for office-based staff had been relatively painless. Those in-house solicitors with colleagues working in manufacturing, processing and frontline services did, however, underline the uncomfortable “them and us” feeling between those who were now likely to enjoy more flexible working policies for the foreseeable future, and those whose roles simply don’t allow for it. Not everyone has equal access to this new “benefit”, and there will be an ongoing challenge around treating colleagues fairly.

One participant shared that a recent internal system upgrade had been instrumental in ensuring that the team moved relatively easily to remote working. Had the pandemic hit even last year, the organisation would have faced serious challenges.

Two solicitors working in the public sector commented that while their teams and organisations had been relatively traditional in their approach to working practices, this crisis had created the perfect opportunity for operational and mindset change. For both, attitudes had shifted quickly and, from a practical perspective, technology had relatively easily kicked in to take the place of paper and face-to-face meetings. Another public sector solicitor shared a more problematic transition for the team. They simply did not have the technology to get all colleagues working at normal capacity. She was, however, keen to stress that essential services were most certainly still being supported. The things that had to get done, were getting done.

Getting the job done – that thread ran significantly through our second session, with participants coming back time and again to the theme of pragmatism. As one participant put it, there may be a perfect legal answer, but in the current circumstances colleagues generally required a quick answer and a significantly more pragmatic one. Governance was mentioned often, and the need not to let it get in the way. As part of this pragmatic approach, reliance on good working relationships (both internal and external) and good faith has been more important than ever. The in-house team cannot be seen as a blocker, especially not now. The crisis may ultimately become an opportunity for the in-house legal team to demonstrate an ability to get work done faster, smarter and more efficiently.

How to move on?

In our third round table session, the discussion rounded out with participants sharing their positive perspectives and some ideas about moving out of lockdown. One participant commented that his organisation had made “five years of cultural change in the space of a few weeks”. In practical terms this meant that the business was already looking at office floorspace – simply put, they would no longer budget for one desk per staff member.

Another participant agreed. As a startup, she was part of a dynamic and tech-savvy team. The crisis hadn’t had a huge impact on an already agile group of colleagues, but the enforced homeworking had actually resulted in increased productivity. The business was actively considering whether they needed to move back into their shared office space once restrictions were lifted. For finance colleagues, this bold new future of increased remote working would translate into all-important cost savings.

For one organisation, agile working had only really been introduced at the start of 2020. There had been apprehensive discussions about trust and autonomy amongst colleagues. This unique situation had propelled the project forward “at supersonic speed”, and meant the team could take advantage of a number of changes they had wanted to make anyway. Concerns around clunky technology and a general lack of IT expertise had not borne out in reality.

The final thoughts in our third session related to more immediate post-lockdown plans. Rotas, shift patterns, office layouts and occupancy levels were all discussed. These, in themselves, indicated a cautious optimism towards restrictions being lifted. All agreed that getting back to a normality of sorts would take far longer than implementing lockdown had taken and there was still no clear path towards this. However, just as those with colleagues outside the UK had shared the ripple effect of the early impact of the pandemic, encouragingly, they were also able share how things (in China at least) were now returning to something close to pre-lockdown.

Normality will resume for us all in time. However, it seems it will be a “new normal” and some of the things we’ve learned to improve during this enormously challenging time will remain. 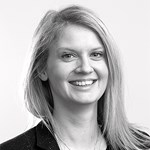