Pensions and the pandemic

Pensions briefing: claims for employers' pension contributions are allowed to an extent under the CJRS, but scheme amendments/contractual changes may need to be made for furloughed employees
11th May 2020 | Colin Greig

At the time of writing, HMRC has issued seven updates to the original guidance on the Coronavirus Job Retention Scheme (CJRS), first published on 26 March. Several other guides have now been published, including guidance on the extent to which employers can claim for employers’ pension contributions under the CJRS.

The pension contributions that can be claimed are limited to the level of mandatory employer contributions under the statutory automatic enrolment regime, even where the contributions paid are greater than and/or not being made to an auto-enrolment pension-type arrangement.

So, to work out the claim under the CJRS for pension contributions, HMRC explains:

Grants for pension contributions can be claimed by employers under the CJRS up to the cap, calculated as above, provided the employer pays the whole amount claimed to a pension scheme for the employee as an employer contribution.

There is currently no legislation which provides for a furlough override of any contract or trust provisions which apply to member and employer contributions and accrual of benefits under pension schemes. Employers would be well advised to check scheme-governing documentation to establish how furloughing would be treated under the relevant scheme provisions, and whether contributions and benefit accrual continue and, if so, on what basis in the circumstances. Scheme amendments may require to be made if the statutory minimum automatic enrolment requirements are to be adopted, unless there is further legislation which provides that the statutory minimum becomes the overriding position for furloughed workers. Employment contract terms should also be checked.

In a defined contribution pension scheme where the employer’s contribution is more than the statutory minimum, The Pensions Regulator (TPR) recognises that employers may look to make reductions possibly even to the statutory minimum level. Before reducing pension contributions, employees may require to be consulted, with a minimum consultation period of 60 days. TPR encourages as much consultation as is possible. However, TPR has confirmed that under regulatory easement, to endure until 30 June 2020, it will not take regulatory action where there is a failure to comply with the 60 days, in cases where all the following conditions are met:

If these criteria are not met, TPR expects full compliance with the consultation rules.

Employers would be well advised to seek legal advice before looking to make any such changes, as there are several issues that may need to be addressed as part of such an exercise, e.g. changes may need to be made to employment contracts. The documentation governing the pension scheme may not permit the reduction of employer contributions, or require that a particular process be followed and completed to implement such a change.

TPR has noted that it appreciates this is a challenging time for employers and, in light of that, it will be taking a proportionate, risk-based approach towards enforcement decisions, with the aim of supporting both employers and savers.

It is to be hoped that in these difficult times the implementation of the CJRS will afford to employers some relief in relation to their ongoing pension liabilities. Whilst the CJRS and TPR easements should go some way to assisting employers, employers need to be sufficiently informed to take full advantage of them. 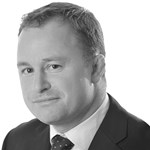