Does the slowness with which Scottish courts moved to remote hearings indicate an attitude that courts are not an essential service? If so, there is a need for citizens’ education to the contrary
11th May 2020 | Alison Edmondson

Following lockdown on 22 March all civil court business was suspended. There appeared to be little momentum to reinstate any form of civil justice until energetic representations were made by the Law Society of Scotland and Faculty of Advocates to the Scottish Courts & Tribunals Service. SCTS initially emphasised the complexity of change and the need for patience. Since then SCTS has published plans for the staged resumption of some types of business. Access to civil justice remains severely curtailed. This raises two questions.

First, why has it taken so long to achieve even limited resumption of court services? Before I answer, let me say that SCTS is right to be approaching matters carefully.

It does not want to expose its staff to unnecessary health risk. Remote hearings cannot easily replicate parole evidence.

SCTS digitalisation has been underresourced. Not all citizens are digitally included. The efficient administration of remote justice sits uneasily with the needs of vulnerable litigants. These are complex considerations. Nevertheless, court services in other jurisdictions have moved more swiftly to a more comprehensive reintroduction of business. The “why” remains.

I think we were recently given the answer to this underlying “why” in a different context. Ben Christman and Malcolm Combe critiqued the funding policies for the court service in a paper summarised at Journal, February 2020, 5. They highlight that the Scottish Government believes that litigants receive the majority of the benefits of litigation, viewing civil justice as a private dispute resolution service. A cultural perception that civil courts are merely a consumer product might go some way to explaining the current approach. Organisational culture affects outcomes, and the current situation suggests an immediate need for rapid recalibration.

As Christman and Combe point out, “civil justice is not a product for an informed consumer to choose at will: it is a constitutional fundamental and a human right”. Indeed, access to civil justice is such an important part of the fabric of a functioning society that article 6(1) of the European Convention on Human Rights recognises a “right to court” to assert civil rights.

This brings me to the second question: why is concern about the (hopefully temporary) curtailment of this constitutional fundamental confined to the legal profession? Courts matter in peaceful society. There is a compelling social imperative to maintain the administration of civil justice. It often matters most to the least powerful members of society. Yet those working in the court system are not widely esteemed as daily participants in preserving our peaceful freedoms. We hear very little inspirational rhetoric about the value of our courts in our national discourse.

Lord Reed expresses the point in R (UNISON) v Lord Chancellor [2017] UKSC 51: “At the heart of the concept of the rule of law is the idea that society is governed by law. Parliament exists primarily in order to make laws for society in this country... Courts exist in order to ensure that the laws made by Parliament, and the common law created by the courts themselves, are applied and enforced...

“In order for the courts to perform that role, people must in principle have unimpeded access to them. Without such access, laws are liable to become a dead letter, the work done by Parliament may be rendered nugatory, and the democratic election of Members of Parliament may become a meaningless charade. That is why the courts do not merely provide a public service like any other.”

It was evident in the commotion surrounding the Miller and Cherry cases last year that understanding of the rule of law, the separation of powers, and the functioning of our parliamentary democracy is largely confined to a small cohort of lawyers and political enthusiasts. This gap in our collective social consciousness is dangerous: it leads us to complacency or disregard for the structures that sustain our democracy. But this space is something we as a profession can fill, collectively and individually. Lord Reed’s characterisation of the courts is a big, positive vision that we can communicate. That communication ought, I suggest, to take place in everyday conversation, in the media, on social media and perhaps also in a form of citizens’ education on these matters, included in the school curriculum. 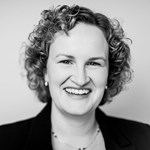 Alison Edmondson is a director with SKO Family Law Specialists