A Perth solicitor describes her first experience of arbitration to resolve a family law dispute, and how it overcame difficulties facing a sheriff court action
13th July 2020 | Ruth Croman

Family lawyers have, along with many other court users, found themselves unable to progress cases substantively for their clients over the COVID-19 lockdown period, with sheriff courts and the Court of Session Outer House broadly closed to all but emergency business. Proofs are still not taking place and, at time of writing, no guidance is available as to when these might be assigned again.

Even once the courts reopen more widely, physical distancing requirements will inevitably have an impact on the number of cases that can be dealt with at any time and, despite the best endeavours of SCTS, our already stretched system will have to deal with additional pressures, as well as trying to clear the bottleneck of cases that have built up.

We all have cases where it becomes clear that negotiation is going nowhere and a third party decision (usually from a court) will be required to break the deadlock. In our present situation, that leaves a very large question mark as to how to progress a case for a client where the opportunity to have a sheriff or judge hear evidence and make a decision is not likely to arise any time soon.

So what does this mean for those involved in such disputes? Unless designated high priority by the court, it seems likely that cases will be dealt with in chronological order, with the oldest cases first. Where lives are on hold pending such determinations, delays can seem intolerable.

But there is an alternative in the form of arbitration. Although it has been slow to take off, arbitration has been available in family law cases for almost 10 years now, both for cases involving children and those where finance is in dispute.

I was fortunate to act in one last year. We were trundling along in a sheriff court divorce case where financial provision was the main issue and my client had relocated to New Zealand. The other agent and I were discussing the logistical difficulties that might be involved in her giving evidence, including of course the substantial time difference, and he mooted the prospect of arbitration. After some research and discussion with the client about that process and likely timescales, we agreed to sist the sheriff court action and refer the issues of what orders should be made for financial provision to arbitration.

We identified and agreed on an arbitrator (a QC with very considerable family law experience). We discussed the process, agreed the questions we wished to refer and the broad detail of the process. Both parties then signed a formal agreement to arbitrate. This was a case where issues of credibility and reliability were not going to be determinative and, given the logistical challenges of my client’s location, we agreed that the process would be by affidavit only, without oral evidence.

The arbitrator set out a timetable for submission of documents and affidavits and assigned a hearing, undertaken by conference call, to discuss further procedure. On the basis of decisions made during that hearing, we exchanged affidavits and each side prepared a brief further affidavit addressing points raised by the other. Both sides then lodged a note of authorities, and their submissions, in much the same way as often now happens at court. The arbitrator issued her written decision four weeks later, in line with the agreed timetable.

After the decision was issued, we had a further conference call to consider the issue of expenses, and the timescale for implementation of the decision. Once payment had been made, we recalled the sist in the sheriff court action and decree of divorce was subsequently granted, using the affidavits that had been prepared in the context of the arbitration, to save further expense for the client.

In our case the process was concluded much more quickly than it would have been in court. The parties were assured of absolute confidentiality, and because the arbitrator was a respected family lawyer, both appeared to be readily willing to accept her decision.

For all these reasons the use of arbitration in this case proved to be highly effective. It represents a clearly viable alternative to litigation, particularly in these troubled times.

Further information about arbitration in family law cases can be found at www.flagsarb.com, and more generally in commercial disputes at www.scottisharbitrationcentre.org 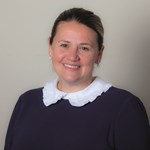 Ruth Croman is a partner with Macnabs, Perth