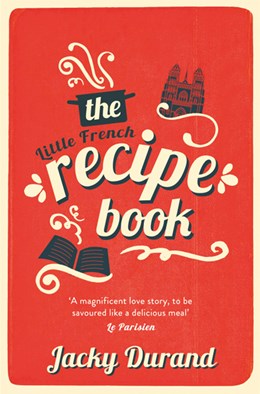 This book is an utter delight. The flyleaf opens with a quote from the great French chef Pierre Gagnaire: “my life is nothing but a recipe unfolding, day by day, with its highs and lows”.

This novella is a eulogy to a father from a son, the former the chef patron of the Relais Fleuri, located directly opposite the railway station in a small town. It is evocative of any small French bistro we have all experienced: relaxed, atmospheric, friendly, sticks in the memory as much for the food as the ambience. Julien, the son, finds himself nursing his dying father. He has often wondered why his mother Hélène simply left, heading for Lyons. He recalls his mother writing his father's recipes in a big, leather bound book, the couple appearing a somewhat incongruous match, he the chef and she the French literature teacher.

Julien sits at his father's knee and absorbs every detail of the art of cooking, how his father's measuring is defined by the cup of his hand. Almost as a bistro menu, the novella follows in three chapters, each wholesome and satisfying but the whole utterly memorable. At Julien's hand we observe his father, his triumphs and setbacks, the presence of Nicole in the restaurant, his father's friend, former army buddy and sous chef Lulu, Julien's adolescent romances, his time at technical college and Gaby and Maria.

As with a glorious meal, the relationships and emotions are slowly and deliciously revealed. All is not what it initially appears. Julien clearly loves and is devoted to his father, but the father, in wanting what he perceives as best for the son, tries to encourage Julien to follow a life different to his own. The son perceives this as rejection. The author tells us he set the story in eastern France. It is laden with vignettes of life in cooking and recipes and, for non-French readers, could be any rural French village. A stunning read. 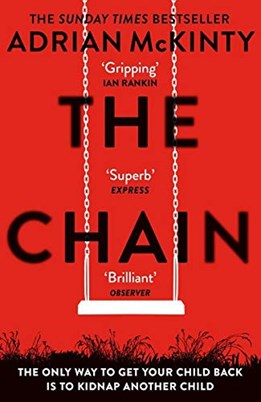 One knows, of course, that the life of a writer can be financially precarious. I was nonetheless astonished to discover that, before selling the publishing rights to The Chain, Adrian McKinty – the award-winning author of the terrific Sean Duffy series of crime novels – had been evicted from his home, and was reduced to bartending and driving for Uber in order to make ends meet. It’s easy to see, though, why The Chain was such a hot property.

The premise is simple yet brilliant: Kylie, the 13-year-old daughter of single mother Rachel, is kidnapped. When Rachel is contacted by her daughter’s kidnapper, she is told that to secure Kylie’s release she has to not only pay a ransom, but also kidnap another child and demand, in turn, that her victim’s parents carry out an abduction of their own. Kylie’s kidnappers, it follows, are parents themselves, trying to keep their own child alive. Thus the victims are made nightmarishly complicit in the ongoing crime. And the masterminds behind the scheme have a tech-enabled omnipresence: if you ever tell anyone about The Chain, they’ll know about it, and they’ll come for you and your family. It is, as one character describes it, a monster demanding a human sacrifice every few days.

Rather like the criminal conspiracy it describes, The Chain is sleek, fast, remorseless, and ruthlessly pared of inessentials. It puts us squarely in Harlan Coben country – terrible and inexplicable things happening to ordinary people – with an additional frisson for those of us who are parents, having to imagine what lengths we would go to in order to keep our own children safe. In addition McKinty can write, the concept is stratospherically high, and the book succeeds both as a page-turning thriller and as a pert satire on The Way We Live Now: the gig economy, the outsourcing, the constant surveillance, the businesses which don’t actually own or make anything. It’s no better than McKinty’s other work, though, and I hope that its inevitable success will increase interest in his back catalogue.

The Restaurant – A History of Eating Out 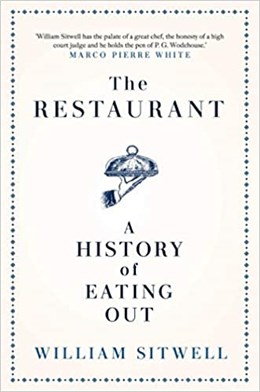 When William Sitwell, food writer, Masterchef judge, and sometime editor of Waitrose Food Magazine, laid down his pen (sounds so much better than hit the last keystroke and pressed Ctrl-S) at the end of this book, he little imagined that just as it came to market all restaurants would shut. For those of us who are suffering withdrawal systems, it's a great panacea for what we are missing.

Each of the 18 chapters is a satisfying plate in its own right. The book is written in chronological order, beginning in AD79 and bringing us right up to date, plus some thoughts on the future – though sadly the crystal ball will be showing rather different images just now. The historians among you will recognise the date as the destruction of Pompeii. Quoting Professor Mary Beard, the book tells us that the town was a place in which “hospitality was the cornerstone”, the social scene “a cross between Las Vegas and Brighton”.

The stories of the next two millennia are equally absorbing. Sitwell warns us against writing off the importance of the Ottoman Empire (it did last 600 years, for Allah's sake). Food on the move and small sharing plates, he reminds us, are not a modern invention, but “the creations of the likes of the Seljuks, the Mongols, the Ilkhanids and the Memluks”.

Fascinating facts abound. The 14th century “restaurant reviewer” Ibn Battuta, who visited 40 countries in 30 years, eating out everywhere he went; the first recorded sighting of a tablecloth – in England in 1410; the rise of the coffee house – in London in 1700 there was one for every 1,000 inhabitants, 40 times the proportion in New York today. Charles II, incidentally, tried to suppress coffee houses, “to restrain the spreading of false news”.

Restaurants, as we know them today, are an unintended by-product of the French Revolution. With their masters headless, a vast number of talented chefs and waiting staff found themselves unemployed. They set up establishments to support themselves in the only way they knew. Paris continued its importance in the rise and development of the industry. In the 19th century another Frenchman, Marie-Antoine Carême, codified French cuisine and turned it into gastronomy. His organisational systems for grand kitchens exist to this day.

Writing of 20th century Britain, it is impossible to disguise how far our food standards had fallen. (Interestingly, many travellers to our shores in the 17th and 18th century wrote good things about how well they ate. Sadly, this seems to have been the case more in England than here in Scotland.)

But in the past half century food standards have risen dramatically. The Roux brothers are given their place, not just as chefs who raised the culinary bar to unimagined heights, but who trained a generation of British apostles who would venture out and spread the word. Other major milestones and missionaries are marked and given their place, bringing us up to date. The influence of guides, whether or not those which have literally had the power of life and death, such as Michelin, is commented on. Egon Ronay, The Good Food Guide, newspaper critics and, firmly below the salt, the food blogger, all receive their place, whatever your own view of them may be.

This book is an 18 course feast, one which you will devour far too quickly. Unlike a culinary equivalent, neither dyspepsia nor a dietary requirement will follow. Instead you will be tempted to go back to course one and gorge all over again.

This is an extract from a review which first appeared in the “On The Side” column in Tom’s Food!: www.ormidalels.com