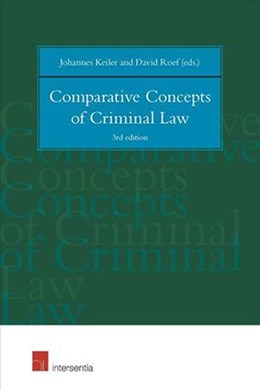 Scots lawyers are natural comparative lawyers. That was historically so for civil law, but more recently it is the criminal law which has looked to other jurisdictions for assistance. That is equally true for the substantive criminal law (for instance, Graham v HM Advocate [2018] HCJAC 57 on diminished responsibility), for the law of evidence (Gubinas v HM Advocate [2017] HCJAC 59, on CCTV identification), and for sentencing (HM Advocate v SSK [2015] HCJAC 114, on assessing the effect of offending on complainers). These are not isolated cases but examples of a long established practice of surveying the approach of other common law jurisdictions before considering how Scots criminal law should deal with the issue before it.

Nor is our willingness to look at other jurisdictions confined to the common law world. Decisions of the German Federal Court of Justice were considered by the Privy Council in Dyer v Watson and R v HM Advocate 2003 SCCR 19 (remedies for unreasonable delay), and in the SCL report’s commentary on McFadden v HM Advocate 2009 SCL 427; 2009 SCCR 902 (on voice identification). French law was considered in McCallum v HM Advocate [2019] HCJAC 26 (on reasonable force), and the decisions of the French Constitutional Council, implementing the ECHR ruling in Salduz, were cited with approval in Cadder v HM Advocate [2010] UKSC 43. The high point was perhaps Beggs v HM Advocate [2010] HCJAC 27, where the Appeal Court cited with approval the Norwegian Supreme Court’s judgment on juries not giving reasons for their verdicts, a comparative approach the ECHR enthusiastically endorsed when it considered the same point in Judge v UK.

No other bench or bar in the common law world so systematically refers to decisions of other courts in criminal matters. Indeed, no criminal appeal court in the common law world has gone as far as criticising counsel for not referring to enough comparative law in their submissions, as the Appeal Court did in Petto v HM Advocate [2011] HCJAC 80 (on the mens rea for murder).

The explanation traditonally given for this systematic approach to comparative law, that we are a small jurisdiction, is unsatisfactory. In the common law world there are many jurisdictions that are much smaller but do not routinely refer to foreign authorities. The better explanation is probably that we are small enough to need to look outside our own system, but large enough that cases posing new problems will arise such as to require us to look outside Scots law for solutions. The openness of Scots criminal law to other influences perhaps comes, then, not from the fact that we are smaller, but from the relative simplicity of our law and the flexibility of our rules of evidence and procedure, which allow us more easily to accommodate solutions first devised elsewhere if the need arises.

There is value, however, in going beyond such ad hoc comparative law surveys. The third edition of Keiler and Roef’s Comparative Concepts of Criminal Law seeks to do so, by examining the key concepts of criminal law and how different jurisdictions understand and apply them. They survey many, but focus on three: England & Wales (which they see as exemplifying the casuistic and result-orientated common law tradition), Germany (frequently criticised as concept-driven and excessively formalistic), and the Netherlands (whose guiding maxims they describe, with more than a touch of native pride, as pragmatism and practicality). The three jurisdictions make for fascinating comparisons.

Early chapters – on theories of punishment, principles of criminalisation, and the principle of legality – can, at times, seem a little far from the substantive criminal law, though those seeking an explanation for ever-increasing punishment parts in the last decade will profitably read Jacques Claessen’s survey of sentencing trends since 1945, in the theories of punishment chapter.

The book comes into its own in the later chapters, which explore the fundamental concepts in any criminal system: actus reus and mens rea; commission and omission as bases for criminal liability; causation; justification and excuses; inchoate offences; and forms of participation in offences. The book is at its strongest in guiding the reader through the tripartite approach to criminal liability in civil law systems, where liability depends not just on establishing that the legal elements of the offence are made out, but also on establishing wrongfulness (Rechtswidrigkeit) and blameworthiness (Schuld).

The latter chapters – on inchoate offences and forms of participation in criminal offences ― are the most rewarding for the criminal lawyer. The inchoate offences chapter is particularly interesting, both for its discussion of how different jurisdictions approach the perennial question of when preparation becomes a criminal attempt, and for its discussion of recent efforts to criminalise preparation of serious criminal offences (compare the Dutch efforts to introduce a general doctrine of criminal preparation and, though not discussed in the work, the more targeted efforts in the United Kingdom such as the criminalisation of acts preparatory to terrorism in s 5 of the Terrorism Act 2006).

Just as strong is the following chapter, on forms of participation. Perhaps unintentionally, it makes the case for the simplicity of the common law approach to concert/joint criminal enterprise: aberrations such as R v Powell and English aside, the common law has wisely abjured concepts such as co-perpetration or instigation and, just as wisely, has avoided seeking to create lesser forms of substantive criminal liability for instigators or accessories.

The law of homicide also deserves its own chapter. Most jurisdictions struggle to distinguish between murder and other forms of homicide, to fix the appropriate mens rea for murder, and to reflect the different degrees of culpability that the taking of life may involve. A dedicated chapter would be a valuable contribution. It would also be an opportunity to correct the common misconception (and mistake that the authors regrettably make) that murder in the common law tradition always requires an intent to kill or premeditation or both.

Lastly, the book occasionally strays a little too far into the theoretical. It is often difficult to tell whether this reflects the more doctrinal approach of other jurisdictions, or academics unnecessarily trying to impose theory on what will always be a practical branch of the law in any jurisdiction. The patient reader will usually find a way through, with the reward of a deeper and broader understanding of vital concepts of criminal law. For the more practical reader, Heller and Dubber’s Handbook of Comparative Criminal Law is still the standard reference work. But both works will comfort Scots criminal lawyer that our time-honoured approach – regularly consulting the work of other jurisdictions and judiciously borrowing from them – is the right one.

From Crime to Crime 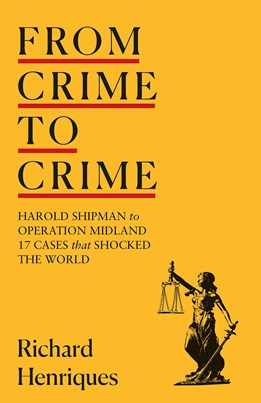 Sir Richard Henriques may be best known for his incisive and excoriating review of the Metropolitan Police Service investigation of the allegations of sexual abuse and murder against former senior politicians and military men made by “Nick”, during Operation Midland. As with any such enquiry, he is forensic in his analysis of evidence available to those charged with the investigation and identifies clear failings. He clearly regrets the inaction by the police, CPS and IOPC in relation to the actings of those involved.

The author writes that the book is not a memoir about him, but rather “about the criminal cases I have been involved in, either as counsel or judge, and the lessons I have learned from them”. He also writes: “I have spent a significant proportion of my life, possibly as much as anyone alive, either addressing juries as an advocate or directing them as a judge.” He prosecuted or defended in 106 murder trials. His has been a long and privileged life in the law, being instructed to defend, try or preside in appeals in some of the most significant criminal cases in England. As he observes, the criminal courts have given him “such interest and satisfaction both at the Bar and on the Bench”.

Written in a sparse but immensely readable fashion, this book offers a ringside view on some of the most high profile and important cases and criminal appeals to be heard before the English courts. Sir Richard prosecuted Dr Harold Shipman, who was convicted of 15 murders where some of the bodies had been cremated. It is fascinating to read the striking similarity of conduct and the approach taken by senior counsel to the prosecution of such an evidentially technical case, with the absence of direct evidence, together with a vast range of expert evidence. We read about the dismissal of the appeal by Barry George of the murder of Jill Dando, and that of Jeremy Bamber for the murder of five members of his extended family.

There is also insight into court craft, whether it is cross-examination (of Dr Shipman where he could offer no reasonable explanation for the facts advanced), or the framing of an indictment involving several accused (placing Derek Hatton last on the indictment to prevent him leading the defence), or framing the charges to lay out a clear course of criminal conduct, enabling the jury to better understand the evidence (again Shipman).

There are more cases besides, including the health and safety prosecution of the Metropolitan Police for the death of Jean Charles de Menezes, and the author's prosecution of Thompson and Venables for the murder of little James Bulger.

This book ought to be read by any practitioner before the criminal courts, both out of acknowledgment of the hard work and determination of such an eminent practitioner learned in the criminal law but also to read about the true nature and purpose of criminal justice process: fairness, focus and forensic attention to detail. We learn nothing of how Sir Richard relaxed and closed his mind from the daily grind of court hearings of man's inhumanity to man. It is no less a book for that.