In association with Savills: The extended deadline for tenant farmers to agree with their landlord a record of their improvements, so that they might be appropriately compensated, is about to expire
16th November 2020

Only a matter of weeks remain until the new deadline of 12 December for tenant farmers to agree with their landlord a record of improvements they have made to land or buildings so that they might be appropriately compensated during rent reviews and at waygo.

The six-month extension for the amnesty on tenants’ improvements by the Scottish Government took account of the fact that coronavirus restrictions were preventing face-to-face meetings and site inspections, and in some cases would have led to the deadline being missed. If parties are still not close to agreeing schedules or have not yet submitted them to the landlord, the tenant may serve an amnesty notice prior to 12 December, initiating a two-month timeframe in which the landlord may object.

The statutory provision relates to improvements carried out by the tenant prior to the amnesty coming into force on 13 June 2017, allowing tenants and landlords time to resolve outstanding issues around past improvements, despite missing notices or consents. However, it does not apply where the landlord objected to the original improvement notice, or where the work carried out is significantly different from what was originally agreed.

Retrospectively unpicking arrangements is not always straightforward, for example where improvements were carried out decades ago, or where landlords may have paid for some of the work, either in cash or in kind through the supply of labour or materials for example. We are advising clients on both sides to act immediately if they have not already done so, to be as fair and pragmatic as possible over what is being claimed, and to provide as much supporting evidence as they can.

A full list of what land and property may be eligible for improvement compensation, and the steps required to be taken as part of the amnesty process, is available at www.landcommision.gov.scot 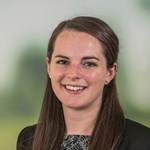