Employment: Time for a redundancy refresher

With an unfortunate spike in redundancies across the country, revised Acas guidance and an EAT decision holding a re-application process unfair should prove instructive
16th November 2020 | Claire Nisbet

Redundancies are, unfortunately, big news at the moment. Given the impact of COVID-19 on the economy, in combination with the winding down of the Coronavirus Job Retention Scheme, many businesses are having to think about the best way to restructure their organisation in order to ensure survival. Law firms are no different.

At the end of the summer the BBC reported, following a freedom of information request, that in June 2020, 1,888 employers filed plans for 156,000 job cuts, a sixfold increase from June 2019. In July, 1,784 firms made plans to cut nearly 150,000 jobs, up almost sevenfold on last year. This information is based on employers planning collective redundancies (i.e. 20 or more at a single “establishment”), who are legally required to notify the Government of their plans. In reality, far more businesses will have been planning redundancies then, will be now, and more still will make employees redundant in the coming months. Acas has reported a marked increase in calls to its helpline, those concerning redundancy up by 160% over June and July when compared to the same period in 2019.

In timely fashion, Acas has issued updated guidance for employers considering making redundancies. This should be your first port of call if you are considering redundancies in your own firm or you have not advised a client through a redundancy process in a while. The guidance helpfully adds clarity to changes regarding redundancy and notice pay for furloughed or formerly furloughed employees. As it sets out, furloughed employees are entitled to redundancy pay based on their normal wages, not their furlough rate. Basic awards for unfair dismissal cases must also be based on full pay rather than furlough pay.

Acas stresses that redundancy should always be a last resort after attempts to save roles. Suggested measures to retain jobs include:

Employers should also consider moving employees into suitable alternative roles. If another role is indeed “suitable” and is not offered, the employer risks an unfair dismissal claim.

Indeed, employers’ failings around the process of managing suitable alternative roles are a common cause of and contributor to tribunal claims, including the recent case of Gwynedd Council v Barratt UKEAT/0206/18/VP (3 June 2020).

Employers generally use an objective scoring matrix when selecting employees for redundancy.

However, in this case, the council decided instead that new positions would be filled by an application and interview process. Both claimants applied for roles but were unsuccessful. The council did not consult with the unsuccessful employees and there was no right of appeal; the claimants were subsequently made redundant. The Employment Tribunal found that the redundancy process was unfair, because of the use of an application process, and the Employment Appeal Tribunal (EAT) has now endorsed that decision.

The EAT found there was a difference between a redundancy process where employees are considered for alternative roles using a “forward-looking” selection process, such as the competitive interview process used in this case, and a process of consultation and selection using fair and objective criteria. In this case, the claimants were applying for essentially the same jobs they had been carrying out previously – as such, the process was more akin to selecting employees for redundancy from a competitive pool. Because of this, requiring the employees to interview for their own jobs, with no consultation or appeal, was unreasonable and the dismissals were unfair.

This will no doubt be a significant finding for employers currently grappling with redundancies, and unsure how best to go about selecting for their new, rationalised workforce. 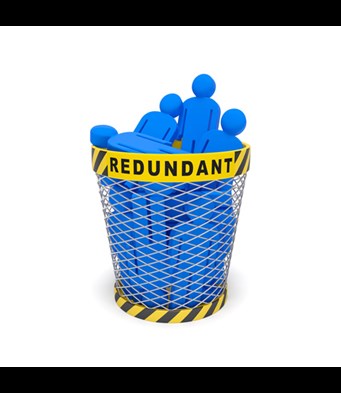 Key points for employers with other roles to offer, are that they can use an interview process when considering redundant employees for alternative employment, where that alternative is a genuinely new role.

However, interviews are unlikely to be the right approach if the roles are essentially the same as those which the employees had previously been carrying out. In those cases, the employer should identify appropriate “pools” and then select employees for redundancy using fair and objective criteria.

However, it is important that employers show they attempted, or at the very least considered, alternative measures to prevent job losses in the first place. If redundancies are indeed unavoidable, employers should take advice and review the Acas guidance to ensure they are managing each stage of the redundancy process correctly. Otherwise, the increasing tide of redundancies will be met with a similar rise in tribunal claims. 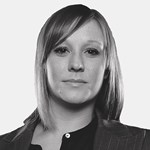