With legislation postponed, the Society’s Rural Affairs Committee undertook its own project on needed reforms to crofting law, and has published a set of proposals to put to the Scottish Government
16th November 2020 | Jim Drysdale

Crofting law is generally considered to be a complex and difficult area of the law, made particularly so by the combination of the law relating to property and that relating to landlord and tenant matters. Crofting remains of significant importance to the rural economy and living in Scotland. In 2017-18, there were 20,777 crofts registered with the Crofting Commission: see its Crofting Statistics 2018.

In 2017, the Scottish Government consulted on The future of crofting law, and Fergus Ewing MSP, Cabinet Secretary for Rural Economy and Connectivity, later announced an intention for a bill to be introduced in the current parliamentary session, as well as a longer-term piece of work to deal with some of the more complex issues. However, in September 2019, he announced that he could not commit to introducing legislation during the current session due to the potential legislative pressures of the UK’s exit from the EU. Stakeholders expressed disappointment at the lack of a firm commitment to legislation in this parliamentary session.

The Bill Group, established to take forward the work flowing from the 2017 consultation, has been disbanded for now and it is not clear when legislative change will be effected. While the lack of consensus on some aspects of the 2017 consultation is recognised, it is clear from crofters and other stakeholders that legislative change is desired, and considered by many to be long overdue.

A working group of the Society’s Rural Affairs Committee has recently undertaken a project to propose legislative change in relation to aspects of crofting law and to highlight the need for reform of the law in this area. A limited number of aspects of the law relating to crofting were identified by the group for consideration:

The group issued a call for views in February 2020 and engaged in discussion with a range of stakeholder organisations to explore the topics and possible solutions in more depth.

Following the working group’s review of the four identified topics with input from stakeholders, it is clear that widespread reform of crofting law is required, both simplifying and restating the existing law and making changes, and the group considers that this merits prompt action by the Scottish Government. There would be merit in undertaking such a task as a single package of work, so as to avoid further piecemeal legal development and reduce the possibility of unintended consequences.

The group’s proposals include:

The working group suggests that the relevant sections of the Succession (Scotland) Act 1964 be re-framed to set out the differing rules applying to agricultural and croft tenancies clearly.

While the group suggests that the 24-month period set out in the 1964 Act for transfer of a tenancy in intestate estates should remain as the primary position, it is clear that there is a need for clarity in the law as to the approach that should be taken where the tenancy has not been brought to an end, no transfer has been undertaken within the required period (or otherwise fixed), and where the Commission has not already taken steps to end the tenancy.

The group therefore suggests that the legislation should be amended to provide for a process whereby an executor, landlord or potential beneficiary may apply to the Commission for leave to transfer a tenancy outwith the 24-month period and in the absence of agreement or a court order. Such an application should be on an “on cause shown” basis and with a discretion in the Commission as to whether to grant an application, with the process subject to a right of appeal. It is suggested that the right of the landlord to serve notice terminating the tenancy would be temporarily suspended pending the outcome of an application.

The group favours retention of the powers under s 11 of the 1993 Act which allow the Commission to take steps to give notice and terminate a tenancy if it becomes aware that there is no agreement. These provisions ensure that action can be taken to return croft land to use where appropriate.

Whether a croft tenancy can legitimately pass under the residue clause of a will merits clarification. The Land Court’s decision in Gardner v Curran (Wick, 15 July 2008) is noted and there appears to be general agreement that this is sensible approach. Given the underlying purpose of a residue clause, it seems appropriate that a croft tenancy could pass under a residue clause. The group suggests that this could be resolved by the insertion of a statutory definition of “bequest” into the 1993 Act as being either a specific legacy or a legacy of residue.

It is clear that a number of individuals have unintentionally, in some cases in good faith, fallen into the circumstances of being a landlord of a vacant croft rather than an owner occupier crofter. The working group suggests that a legislative provision be introduced to allow for an application to be made to the Commission to obtain owner occupier crofter status. It is suggested that it should be for the Commission to exercise discretion as to whether to grant any such application, with the process subject to a right of appeal.

In addition to the process set out above, the group favours an amendment to the condition relating to letting in s 19B(4) of the 1993 Act: at the end of the subsection, there should be added: “unless it was subsequently renounced or otherwise terminated by operation of law”.

The working group suggests that the duties of croft tenants and owner occupier crofters should be consolidated and restated clearly in legislation.

There are mixed views in relation to the 32km residence duty, and it is suggested that this be fully considered and consulted on by the Scottish Government.

The duty to cultivate and maintain the croft lacks certainty in relation to the involvement of family members or hired labour, following the removal of the explicit wording in this regard from the 1993 Act. The group suggests that the Act be revised to reflect that family members or hired labour can assist with cultivating and maintaining the croft.

It is further suggested that the condition relating to bankruptcy (para 10 of sched 2 to the 1993 Act) be reviewed. If it is to be retained, the group suggests revised wording.

The group does not make any substantive recommendations in relation to the conditions set out in para 11 of sched 2, but suggests that these conditions be fully considered by the Scottish Government in light of policies on environmental protection, and social and economic sustainability.

A number of difficulties have been identified with the definition of “crofting community” set out in s 61 of the 1993 Act. The definition was criticised by the court in Eunson v Crofting Commission (Application SLC/10-14/15 – order of 1 March 2016).

The appropriate definition may differ depending on the matter to which it applies.

The working group has proposed two definitions. One is narrow in scope, covering croft tenants and owner occupier crofters who occupy crofts within a township and crofters with shares in common grazings associated within a township which consists of two or more crofts registered with the Commission. The other is wider in scope, covering a community of two or more persons who reside in a township or other area where crofting is carried on. While a wider definition may help to promote the interests of crofting generally, there is a risk that crofters could be outnumbered or overpowered by non-crofters, which may be considered undesirable, particularly in the context of regulatory matters.

The full paper including a discussion of the topics and proposed solutions is available here. 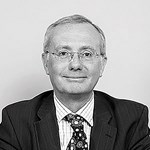 Jim Drysdale is a partner with Ledingham Chalmers LLP, a Law Society of Scotland accredited specialist in agricultural law, and convener of the Society’s Rural Affairs Committee.