By proposing to go further than the Faulks report in limiting the potential of judicial review, the UK Government is embarking on a serious assault on the delicate balance in the UK constitution
12th April 2021 | Richard Henderson

The Conservatives’ 2019 election manifesto promised a Constitution, Democracy and Human Rights Commission to consider measures including reforming judicial review and “ensuring that it is not abused to conduct politics by another means or to create needless delays”. The Commission idea appears to have been quietly forgotten, although not so HMG’s interest in judicial review.

In establishing the Faulks review in July 2020, the Lord Chancellor promised judicial review reform to “ensure this precious check on government power is maintained, while making sure the process is not abused or used to conduct politics by another means”.

There was obviously a bee buzzing around inside the governmental bonnet.

Having received the Faulks review report in January, HMG published both the report along with its own consultation – Judicial Review Reform – on 18 March 2021. The consultation is open until 29 April; HMG really is in a hurry with this one.

Reactions to the Government’s announcement of a consultation have been unenthusiastic. One respondent noted that the Faulks review remit “largely reflects that it was asked to fix a problem that doesn’t exist”, while another said that “The review has exposed as false the Government’s argument that judicial review is being misused for political ends. But the Government appears unwilling to give up. The public consultation it now proposes will examine issues which the review has already examined but decided – presumably for very good reasons – to make no recommendation on.”

Launching the consultation, the Lord Chancellor praised the Faulks review’s recommendations, but added that “the Government would like to go further to protect the judiciary from unwanted political entanglements and restore trust in the judicial review process”. The review had said in effect “it ain’t broke”, but the Government’s response is that it is going to fix it anyway.

“If it ain’t broke, don’t fix it” may be the counsel of complacency, but change especially in complex and sensitive matters is best thought through in advance. Before the consultation launch there was concern that the Government might use the Faulks review seriously to inhibit or restrict the courts’ ability to review the legality of the Government’s own actions. Prescient indeed.

Among the Government’s aims are the introduction of an effective ouster clause, something for which Faulks does not offer support, although the Government may have seemed to try to spin the contrary. Faulks concedes that Parliament does indeed have the power to legislate in such way as to limit or exclude judicial review. However, Faulks counsels that the wisdom of taking such a course and the risk in doing so are different matters. “Indeed, the panel considers that there should be highly cogent reasons for taking such an exceptional course.”

Whatever happens this is a real problem, and not just for England & Wales. Scotland falls squarely within the Faulks remit, prompting both the Law Society of Scotland and the Faculty to enter strong cautionary advice. As Liberty succinctly reminds us all, “Government is responsible for making policy, Parliament is responsible for making law and the courts are responsible for upholding the rule of law.” Judicial review is essential to ensuring that power is kept in check and is essential also therefore to upholding the rule of law.

About 10 years ago, when it was seeking the abolition of the Administrative Justice & Tribunals Council, and with that also any independent monitoring of government activities in the administrative justice system, the Government was accused of preferring to mark its own homework. The proposals in this new consultation are a development on that same theme of avoiding scrutiny. With this consultation, however, the Government sets out a much more serious assault on the delicate balance of our constitution, seeking to make things easier for itself by altering the fundamental geometry in which liberties are protected.

As Joshua Rozenberg has said, “Ministers would no longer need to worry about exceeding their powers: if courts rule against them, they would simply ask Parliament to put things right. Better still from the Government’s point of view, Parliament could stop the judges interfering next time by ousting their jurisdiction. An effective ouster clause has always been the elusive unicorn of administrative law: these proposals will bring it tantalisingly close.”

Our constitution depends upon the maintenance of the delicate balance between Parliament, executive and courts. Adjusting that balance will always present risk. But if you are not careful, the risk is that in adjusting the balance you create imbalance. It does not seem that HMG has thought this one through. 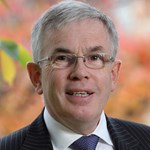