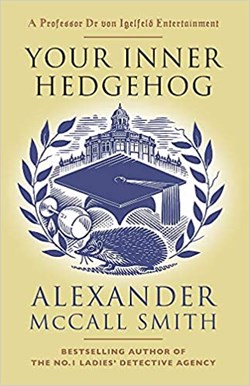 Professor McCall Smith brings us another gentle story from the German professors based at the University of Regensburg Department of Romance Philology. Professor Dr Dr Moritz-Maria von Igelfeld and his colleagues find themselves brought sharply into the modern life of university gender politics with the arrival as deputy librarian of Dr Hilda Schreiber-Ziegler, who makes a splash by wanting access to the coffee room, reserved only for the professorial academics and, occasionally, the head librarian. Reform is afoot, with the suggestion by the university rector Professor Otto -Ludwig Dietrich and his Director of Personnel, Ferdinand Uber-Huber, that a director be appointed to the department.

The old ways are under threat, and gentle cracks open amongst the three professors on how this ought to be approached and the feared appointment of a woman and a non-professor to the post, thwarted. There is a humorous excursion to Oxford University where von Igelfeld's ego is embraced both by an admirer of his work and the promise of an honorary degree. Written with the author's expected and welcome flair and lightness of touch, this is a book to ease and divert our minds from the travails of the current situation we all face. 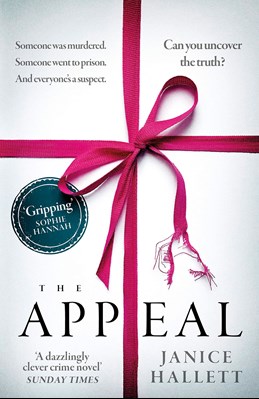 To lawyers the layout of this novel may be a bit of a busman's holiday. It is all the better for it. Olufemi and Charlotte are two law students who are sent papers from a QC preparing an appeal against conviction for murder. Is his client innocent? As with the students, we read emails, letters, newspaper reports and text and email exchanges. The story unfolds and the tension mounts. The Haywards, leading lights, own the local hotel and spa; their young granddaughter Poppy has been diagnosed with cancer and treatment only sourced in the United States may offer a lifesaving cure.

The village, and the am dram in particular, rally to the cause and fundraise with all their ingenuity and guile: local, small events, as well as approaches to those who can make significant financial contributions. They have ￡250,000 to raise. However, all is not what is seems. Dr Bhatoa is the conduit to the drugs. She needs the money. She needs money. Her brother who is working in Africa is known to Samantha Greenwood and her husband, who have recently moved to the village, and from there work with Médecins Sans Frontières. He has abused his position. Or has he? Samantha and her husband join the am dram group. They delve into the lives of those around them and the fundraising. Samantha is killed. This case is the appeal against conviction. At first blush, one wonders if the format is an improvement on the ordinary crime novel. It works and it works very well in the hands of this debut author. There is a slow reveal. As with the students, we begin to have our own doubts about the conviction. A real whodunnit!