Hailed as a landmark, the Supreme Court’s decision in Uber still leaves other workers having to establish their own cases, unless and until the Government promotes much-needed legislative clarity
12th April 2021 | David Morgan

Such was the importance of the litigation involving the employment status of Uber drivers that I first reported on this case more than four years ago (Journal, January 2017, 18). At that stage, it was just the entry level judgment of the Employment Tribunal sitting at London Central, which had decided that Uber drivers had the status of “workers”. This set hares running in the employment law community even then and, over five years since the litigation began, we now have the final word from the Supreme Court.

Uber has finally lost its appeal: [2021] UKSC 5. In February, the Supreme Court unanimously upheld the original tribunal ruling that the claimants are “workers” for the purposes of working time and national minimum wage protection.

The end of the long-running litigation involving Uber does not, however, mean the end of similar litigation for those engaged in the so-called “gig economy”. Until there is legislative intervention once and for all, these disputes look set to continue.

A question of status

The “prize” of these claims was to secure worker status for Uber drivers. On that, the lead claimants, Farrar and Aslam, were successful for themselves and around 30 fellow drivers in London. This case did not plead the “gold standard” protection of full-blown employee status. The boundaries are increasingly becoming blurred, and we may see litigation in future asserting employment status and protection from unfair dismissal.

Uber initially downplayed the implications of the Supreme Court’s judgment, suggesting that contracts and practices had evolved significantly since 2016. However, Uber confirmed in late March 2021 that, going forward, it would classify its 70,000 drivers in the UK as workers, meaning that they would, for the first time, be entitled to benefits including sick pay, holiday pay, national minimum wage protection and auto-enrolment in a workplace pension scheme (if they meet the earning thresholds).

In short, the Supreme Court finally rejected the argument with which Uber had persisted that its drivers were self employed, independent contractors. Uber’s case was that it was just a technology platform providing a service to the drivers to connect them with passengers, and therefore acting as an agent in the drivers’ business relationship with the passengers. Uber contended that it was not in the business of transportation services but, rather, a tech platform business providing an app for use by the drivers and customers.

Throughout the progress of this case through the courts, the judiciary resisted this argument in varying degrees of cynicism, from finding at tribunal level that the “notion that Uber in London is a mosaic of 30,000 small businesses linked by a common ‘platform’ is to our minds faintly ridiculous”, to the Court of Appeal’s scathing remarks about Uber’s contractual wording containing a “high degree of fiction”. Uber was once again unsuccessful at the Supreme Court.

We have for many years known from the evolving jurisprudence in relation to employment status that the courts will look behind the wording of the written contract, to give effect to the practical reality of the working relationship between the parties. What was most interesting from the Uber ruling is that the Supreme Court took that even further by saying that it would be inconsistent with the purpose of the legislation being interpreted to treat the terms of a written contract as the starting point in determining whether an individual falls within the definition of a “worker”.

For the Supreme Court, this would reinstate the mischief the legislation was enacted to prevent in the first place. Importantly, the Supreme Court held that it was critical to understand that the rights asserted by the claimants (working time, national minimum wage, etc) were not contractual rights, but were created by legislation.

Accordingly, the task for the tribunal was primarily one of statutory interpretation, not contractual interpretation. The court adopted a purposive interpretation of the legislation, which is to give protection to vulnerable individuals who have little or no say over their pay and working conditions. This is because they are in a subordinate and dependent position in relation to the organisation (in this case Uber) which exercises control over their work. It is clear from the legislation that employers cannot contract out of the statutory rights provided, and the Supreme Court found that these rights are “manifestly enacted to protect those whom Parliament considers to be in need of protection and not just those who are designated by their employer as qualifying for it”.

Contracts in the back seat

The Supreme Court also relied heavily on the fact that Uber tightly confines and controls the transportation service which it operates. Ultimately, the drivers are in a position of subordination and dependency. They have little or no ability to improve their economic position through entrepreneurial skill. The only way that the drivers can do so is by taking on further hours and meeting Uber’s requirements through their contractual terms. Lord Leggatt, who wrote the unanimous judgment, said: “The question… is not whether the system of control operated by Uber is in its commercial interests, but whether it places drivers in a position of subordination to Uber. It plainly does.”

Adopting this purposive approach to the legislation, the Supreme Court gave a back seat to the documentation purporting to regulate the relationship between the parties. While this resonates with other leading cases such as Autoclenz v Belcher [2011] UKSC 41, the key shift in the reasoning is that the written contract can no longer be the starting point to the test as this could give perverse results, since the balance of power is in favour of the contracting “employer”.

What does the Supreme Court judgment mean for the wider gig economy and employment status generally? Regrettably, I think that it does not change a great deal. What we now know from the Supreme Court is that the legislation was not broken. It was in the enforcement of that legislation that the claimants were let down. Through numerous appeals and considerable cost over five years, ultimately Messrs Farrar and Aslam were successful in obtaining a remedy. In turn, they have also applied pressure on Uber to change its practices for other drivers.

However, these cases turn heavily on their individual facts. Any other individuals engaged in the gig economy aggrieved about their employment or worker status would similarly need to take their case through the tribunals and courts in order to get a remedy. Surely, it is neither commercial nor acceptable to expect workers to have to enforce their rights at such cost and delay.

Until now, the response of the operators in the gig economy was to tighten up their contractual wording in order to limit control and subordination. Most often, this was achieved by inserting an apparent right of substitution. One of the few cases in which this succeeded involved Deliveroo. The Central Arbitration Committee (CAC) and High Court both refused to afford worker status to Deliveroo riders as their contracts allowed them to send a substitute for the services (which seldom happened in practice). We await the judgment of the Court of Appeal as to whether, particularly in light of Uber, this was correct.

As these cases are so fact specific, has the law really changed at all? Whether dealing with plumbers, lap dancers, taxi drivers, car valets or bicycle couriers, in order to get a determination and remedy these cases will continue to be debated and litigated, applying years of case law, up to and including Uber. And Uber did not even answer the more modern challenge of “multi-apping”, that is, where individuals log on to multiple apps at the same time to provide their delivery or driving services.

In the scheme of things, therefore, has the gig economy lost its appeal? I think not. As customers, we have become heavily dependent on platform based technology. In lockdown, we could not have done without a continuous network of parcel deliveries. After the NHS, these workers were truly essential. Uber denies that its prices would go up because of this ruling. This seems unlikely given the added costs which will be loaded on to its business model, but the market should correct itself as other operators follow suit.

When I last wrote on this topic, I also argued in favour of the flexibility of the gig economy and the desire for drivers to pick and choose gigs to suit their modern working lifestyle. However, that attraction will still be there for drivers – they will just now benefit from statutory protections for working time and national minimum wage to boot.

So, what next for the gig economy? TUC figures show that around 5 million people in the UK were employed in the gig economy in 2019, a figure that is likely to have increased during the pandemic. I think that a better question to pose for the legal profession is: what next for the law of employment and worker status generally? The provocation I set in 2017 remains. Until such time as there is legislative intervention, we are going to continue to see decades of expensive and time consuming litigation. This is not sustainable. In my view, the Government must step in once and for all to provide a clear and proper legislative framework to identify employment or worker status. Easier said than done, I know.

The Taylor Review of Modern Working Practices in 2017 and the “Good Work Plan” the following year were as rich in aspiration as they were bereft of any detail or clear answers. Clearly, no one is willing to take on the hospital pass of drafting definitions for an area which the courts have struggled with over the years. Some commentators have suggested that the boundary between worker and employee is now so blurred that it might make more sense simply to have two categorisations.

Ironically, despite the paradigm shift away from the written contract in Uber, one solution might be to move to a more standardised form of wording for contracts, with self-employed at one end of the spectrum and employment at the other. This would close down the ability of so-called “armies of lawyers” to draft away statutory protections.

However, even with standardised wording, there will still be room for abuse and interpretation. This might be solved by having a separate regime for enforcement of workers’ rights outside of the judicial system. A bespoke labour relations body might be established for this purpose. Alternatively, enforcement could be passed to HMRC, which already looks after breaches of national minimum wage and, more recently, IR35 and off-payroll working (after an audit and assessment has been carried out by the putative employer). The CAC, which is principally concerned with trade union recognition disputes, is also a sophisticated adjudication body which, with additional resource, might be tasked with providing a quicker resolution of these disputes. However it is addressed, this is as much an opportunity as a threat for the Government to step up to bring much-needed clarity and certainty for workers and employers alike.

The Supreme Court found that the drivers were “workers” for the following five key reasons: 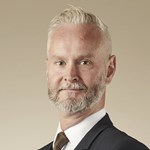