When the “twa kingdoms” collide

The ruling against the Scottish Government on the COVID-19 regulations preventing church worship might be thought momentous, but has received surprisingly little coverage
12th April 2021 | Brent Haywood

From 8 January until 24 March 2021 the Scottish Government’s COVID lockdown regulations had the effect of imposing a blanket ban on any gathering for public worship in Scotland. This impacted all religious organisations. For Christians, this meant it was illegal to go to church.

Not since “the Killing Time” (1680-88) had there been such restrictions placed on the church. In early February 2021 a group of 27 evangelical Christian leaders were granted leave to seek a judicial review of the blanket ban. After the case was up and running a Roman Catholic priest was given permission by the court to join the challenge. What led these church leaders to take such action?

The announcement that places of worship would be shut was met with a mixture of bewilderment and disbelief by my clients. Could the state really just flick a switch and shut the church? Before looking to the court for help, a detailed letter was sent to Scottish ministers. The petitioners’ plea was that the state might reconsider what it had done. Did the state realise that it had crossed the line between the secular and the spiritual, that it had gone against the doctrine of the “twa kingdoms” embedded by statute into the Scottish constitution, and that a blanket ban on worship was bringing it into a struggle with article 9 of the European Convention on Human Rights? If it looked elsewhere it would also see that it was out of line with nations like France, Germany, USA and South Africa, not to mention the rest of the UK.

This plea was met with a resounding “no” from the state. The Government’s response, which was discussed in court, was: “We do not agree that the steps taken violate the legislation you cite nor that they are either disproportionate or have serious implications for freedom of religion. The steps taken are ones which the Scottish ministers can rightly take. As you know, it is open to the state to regulate the secular activities of churches including, as here, for the purpose of protecting public health.”

It seemed as though the state did not understand what the church leaders were trying to say, that notwithstanding all the considerations of public health relating to a pandemic, people being prevented from practising their religion constituted a disproportionate interference with both the constitutional rights of the Scottish people and their human rights enshrined in the Convention.

In his judgment issued on 24 March ([2021] CSOH 32) Lord Braid found in favour of the petitioners. He ruled that the regulations had the effect of preventing worship and to that extent did involve a spiritual matter. The Scottish ministers had not discharged the burden of showing that less restrictive measures had not been available. No good reason had been advanced for the rejection of other options such as reducing numbers or allowing churches to be open only for prayer. The judge observed that online platforms provided an alternative to, but did not constitute worship. Ministers had not adequately explained why some activities such as jury centres in cinemas were able to continue safely, but not places of worship. The petitioners were entitled to have the regulations declared unlawful.

A moment’s reflection on this decision might make the reader think that this sounds rather momentous. The Government’s blanket ban on gathering for worship in Scotland was declared unlawful by the courts! Yet, with one notable exception, this outcome seems to have received only modest coverage in the Scottish media.

Interesting, then, that from England, on 26 March the legal commentator Joshua Rozenberg made the following comment: “A successful challenge to regulations made under the Coronavirus Act 2020 this week received surprisingly little coverage. What makes it particularly unusual is that it was brought under article 9 of the Human Rights Convention, which protects freedom of religion… Braid’s 70-page ruling is not binding outside Scotland. But it is of persuasive authority and well worth reading.”

Scotland was once known as the land of the Book. It seems to me that in times past Philip v Scottish Ministers would have been “the talk o’ the steamie”. Perhaps it is wishful thinking, but I wonder if the significance of this case might outlast the memories of the political noise that concertinaed it in a week that saw a First Minister keep her job and a former First Minister mount a comeback. The Leviathan will be largely unaffected by all this, but well done to the saints who on this occasion stood up to it. 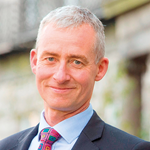