The consultation on legal services regulation could lead to a Government-appointed regulator. If you see this as a threat to an independent legal profession, please make your voice heard
15th November 2021 | Ken Dalling

Some months ago I shared with you my view that “solicitors are great”. That view has only been reinforced during my virtual trips around Scotland engaging in constituency visits. It is heartening to find from such engagement the continuing shared ethos of excellence, client and civic service that so well defines our profession.

So many of those in remunerated occupations like to be regarded as professionals, and there certainly has been movement since I was told at university that only Law, Medicine and the Church were professions. But there surely are key aspects of the profession of the law that should be acknowledged and even treasured.

In this time of stakeholders and consumers, it is instructive to bear in mind that when clients access legal services they may be seen to do so not as consumers but as citizens. Solicitors don’t merely sell their services for consumption: they make available their skills to allow rights to be protected and vindicated – and they do so within a network of ethical rules that serve not only the individual but also society as a whole. For all the duties owed to clients, higher duties are owed to their fellow professionals, to the court and, yes, even to the country.

As you read this, the consultation of the Scottish Government on the future regulation of legal services will still be open. Remember the Roberton report? Well, please revisit its content and recommendations. I mention both as they are not entirely related. The current regulatory model with significant lay engagement, a standalone Regulatory Committee with a lay convener and the oversight of the Lord President, was commended as showing “little evidence of wrongdoing”. (I mention the role of the Lord President though the Roberton report didn’t!)

Scotland, we were told, is “home to a well educated, well respected legal profession with a high degree of public trust”. That trust, both external and from solicitors, means that a great number of solicitors working in areas which are not reserved – both in Scotland and internationally – still offer to be regulated by the Law Society of Scotland. This is a sign of their trust in the “Scottish solicitor” brand and shows their clients that they deserve the clients’ trust. Despite all of this, the main recommendation from Ms Roberton, who made it clear that the recommendation was hers alone, was that solicitors should have no role in regulation and that the Government should appoint an “independent” regulator. Oxymoron anyone?

In conversation with my new Zimbabwean chum Sternford Moyo, President of the International Bar Association, he expressed surprise that the Scottish Government hadn’t dismissed the prime Roberton recommendation out of hand. Scotland, he told me, was a jurisdiction to which others looked when considering legal excellence. The rule of law required an independent legal profession as well as an independent judiciary. Even if the Scottish Government could be trusted to regulate the profession, such a move was simply a bad one that others, with less pure hearts, would follow. What would make it worse was that they could point to Scotland by way of justification for a path that would be detrimental to the rule of law in their jurisdiction.

Other jurisdictions, though not many, have severed the regulatory from the representational roles of their law societies. Not always successfully. As one Past President of the Law Society of England & Wales observed to me, implementing Roberton would mean “imposing English failure on Scottish excellence”. There’s that word again, but it’s a reference to what our country has now, not what Roberton would give us! You can take it he wasn’t a standard bearer for the idea. And all of this is before we even start to consider the cost of a new regulator. The Roberton report suggests there would be no additional cost to the profession, and therefore to the public who are in all things our paymasters. Really? Not only does the current model enjoy the support of those it regulates, it uses the volunteered resources of many dozens of lay members on regulatory committees. I doubt that a Government-appointed regulator could count on that. Our close comparator for non-Law Society regulation is with complaints handling and the Scottish Legal Complaints Commission. Spiralling costs despite diminishing complaints. Nothing to be optimistic about from that, then.

So what to do? Well, the Society will be submitting a robust but measured response to the consultation. There will be those who support a change and I respect that view, as I respect Esther Roberton’s. I just say that the case for a new single regulator change has not been made and that such a proposal is a dangerous one. If, like me, you see things differently and treasure an independent profession, please consider having your voice heard.

Details of the consultation can be found at www.gov.scot/publications/legal-services-regulation-reform-scotland-consultation/

The consultation closes on 24 December 2021. 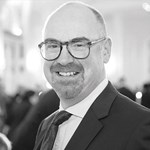