The language of family law

“All I need is a sheet of paper and something to write with, and then I can turn the world upside down.” Nietzsche’s words sound notes of caution and optimism, aware that our words can make a difference for better and worse. This is especially true for the family lawyers among us, who can turn the world upside down just by sending a letter that starts “We have been instructed by [x] in relation to your separation”.

When children are involved the stakes are higher still. As family lawyers we strive to use accessible, non-confrontational language that can forge the way for cooperative, child-focused discussions about the future. Still too often, though, that approach does not mirror parents’ expectations or understanding of family justice.

Instructions to “take the kid gloves off”, and talk of “custody battles” and “denying access”, are not uncommon, despite the latter terms being out of commission in Scotland since 1995. Our replacement terms of “residence” and “contact” are better, but still sub-optimal in the view of many. One criticism is the hierarchy they create in the minds of parents and children, whereby the resident parent’s relationship with the child is perceived as being closer and more important than that of the parent with contact. Another is that they suggest parents do not have parity of rights and responsibilities, with the resident parent having unilateral decision-making powers.

In reality, the difference between residence and contact is largely a matter of semantics, but semantics matter in family law. In recognition of that, residence and contact orders were replaced with “child arrangements” orders in England & Wales in 2014, the idea being that this language is child-focused and promotes a sense of equality between parents, improving the dynamics of their co-parenting relationship as a result.

A similar reform was debated by the Scottish Parliament Justice Committee as the Children (Scotland) Act 2020 made its way through the Parliament, but only as a probing amendment, thus the terms remain unchanged.

The importance of words

In its 2020 Report, What About Me?, Family Solutions Group (a subgroup of the Private Law Working Group in England & Wales) recognised the power that language has in family law situations and identified specific problems, some of which are just as prevalent in our jurisdiction. This included a general misunderstanding of terms by the public, for example thinking that “co-parenting” means an equal split in the time a child spends with each parent. Another is the adversarial layout and language used in court documents (e.g. John Smith v Jane Smith) that can further pitch parents and families against one another.

The Scottish Government’s Family Justice Modernisation Strategy, published in September 2019, sets out its intention to prepare a policy paper for the Family Law Commission on simplifying and clarifying the language used in family courts, including in interlocutors, to help litigants and children. The detail of what, if any, further changes are coming in Scotland remains to be seen. What we do know is that learning about and educating our clients on the importance of the words we use can help in the meantime.

About the Family Law Language Project

The Family Law Language Project launched this month with the aim of helping to improve the understanding and use of language in any scenario where family legal matters are discussed, written about or experienced throughout the UK. The project has produced a website which will provide helpful content around common family law terms, and will further promote its aims by using social media platforms to help identify and inform people about the language used in family law. This could be, for example, by identifying the misuse of a family law term or the use of unhelpful or aggressive language in any form of media, including online sources, in the press or on television.

Any discussion around family law should acknowledge that we live in a multicultural and international society, and while the project is currently focused only on the English language, it is hoped that in time, it will be delivered in other languages in order to reach, and make a difference to, a wider audience.

Details of the project’s website and social media accounts are set out below and we encourage you to follow the project, get involved and share your views. 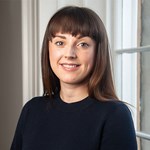