Reform please, but not the review

"One of the first questions to be asked is why regulate, and the next one is what mischief are you trying to prevent.”

Three years ago, on the pages of this Journal (March 2018, 12), Esther Roberton asked these two key questions as she embarked upon her Scottish Government-commissioned review of legal services.

In her final report to ministers, she struggled to evidence any such mischief. “Scotland is home to a well educated, well respected legal profession with a high degree of public trust”, she wrote; “there is little evidence of significant wrongdoing in the current model”.

Even now, as the Government sets out its three options for reform, including one which strips the Law Society of Scotland of all its regulatory powers, it is not clear what problem is trying to be solved. Independent research showed that over 80% of the Scottish public trust the solicitor profession, far higher levels than seen south of the border. Complaint numbers are effectively reduced – at the same level as 10 years ago, despite solicitor numbers increasing by 18% over that decade.

Indeed, the Roberton review came about, not because of a market failure or an outcry from consumers: it happened because the Society itself asked for changes to the 40-year-old legislation which so often holds us back from acting in a proportionate and timely way.

Some argue for a fundamentally new regulatory approach because they see the Society as “lawyers regulating lawyers”. Whether this is an innocent misunderstanding or a deliberate misrepresentation, such an argument could hardly be more flawed.

Each and every regulatory decision at the Society is taken by or overseen by a committee made up of at least 50% non-solicitors. Together, this network of non-solicitor volunteers ensure that the public interest sits at the very heart of the regulation of solicitors in Scotland.

It’s a common model, both here in Scotland and internationally. The concept of a professional body regulating its members is what we see with chartered accountants, surveyors and teachers. For the legal profession, it’s a system we see in most European countries, Ireland, Canada, Australia and many states in the USA.

Yet, if the Government’s proposals do not solve a mischief, they definitely risk creating some. The option of a politically appointed and politically accountable regulator should strike fear and concern into all those who care about the rule of law and the independence of the legal profession from the state.

Solicitors often have to challenge the power of government and, as we have seen of late, even Parliament. It would be wrong and dangerous for the state to be involved in deciding who can become a lawyer or removing the right to legal practice.

Yet the first option in the consultation risks just that. It is why the International Bar Association is already interested in the ramifications of what is being proposed. It shows the huge risks to Scotland’s reputation internationally.

There are practical issues too. The size of the legal services market in Scotland makes it particularly sensitive to regulatory costs. As a Law Society, we have controlled costs on solicitors, including implementing a £2.2 million financial package in response to COVID. Meanwhile, the independent Scottish Legal Complaints Commission has increased its costs by 50% in just 10 years, despite the same numbers of complaints as it dealt with in 2011.

Any new costs ultimately have to be met by clients. It all risks undermining the competitiveness of the Scottish legal sector, just as we all work to recover from the economic effects of the pandemic.

So, risks to the rule of law, risks to the international reputation of the profession and risks to the competitiveness of the legal sector. And for what purpose? For what mischief? What’s the justification for taking these kinds of risks?

Let’s be clear: regulation needs reformed, urgently. The bulk of legislation covering the regulation of legal services is outdated and has failed to keep pace with modern legal practice. The complaints system in particular is slow, complicated, cumbersome and expensive. We need new enabling legislation that works for the legal sector and the public, but it is reform of the processes which we need, not fundamentally new structures.

It is about protecting what works and making the improvements which are needed and long overdue. In this consultation, all solicitors need to argue for the right reforms that mean regulation that works for the public and works for the profession in the decades to come. 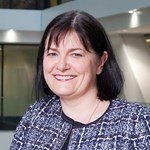 Lorna Jack is chief executive of the Law Society of Scotland