No charge for complaint handling

From the Professional Practice Committee: Terms of business should not seek payment for time spent
16th May 2022 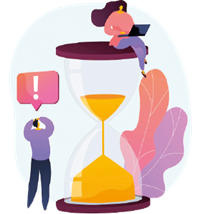 The Scottish Legal Complaints Commission asked for comment in a situation where a solicitor changed their terms of business letter. The addition stated that if a client complains to the SLCC, and the complaint is not upheld, the firm will pursue the complainer for the time spent in defending the complaint.

This question was recently considered by the Professional Practice Committee and this is its response: