The rules on the taxation of people resident but not domiciled in the UK have been in the news, but are not well understood. The authors explain who can claim the status, and the factors to consider
16th May 2022 | Heather Thompson, Claire Scott, Kevin Winters

The UK’s tax code is arguably one of the longest and most complex in existence, and few would expect to see it making headlines in the media. That said, one aspect of the code, the taxation of a non-domiciled UK resident, has been the subject of varied media comment following reports on the use of the regime by individuals either close to, or part of, the UK Government.

The rules on taxation have always been an area that divides opinion. When you add to that the tendency for some of those rules to be over-simplified in media reports, this can make it difficult to separate fact from fiction. Taking account of recent events, it seems sensible to take a close look at the set of rules, which are not well understood.

Before looking at the detail, it is important to have a clear understanding of the concepts of domicile and residence. While the terms will be understood by many, they are worth revisiting.

Everyone in the world will have a particular domicile, i.e. they will have a country that they consider to be “home”. Consequently, it is only ever possible for an individual to have one domicile – there is no scope for a “home away from home” for domicile purposes. Domicile is a singular legal concept and is the subject of a complex set of rules. For UK purposes, everyone acquires a domicile at birth which is normally the country that one’s father calls home. It is difficult for someone’s domicile to change, but there are some situations where that can happen.

Domicile is relevant to other legal questions, as well as tax, for example which legal rules apply to succession on a person’s death when they have connections with more than one jurisdiction, but for now, we will only consider the tax aspects of domicile.

With this in mind, “residence” is now added to the mix and it is one’s residence, established through the Statutory Residence Test (“SRT”), which determines when one becomes UK resident for tax purposes. Under the SRT an individual is likely to be UK tax resident if they:

Even if someone does not meet any of these criteria it is still possible for them to be considered UK tax resident. The rules are lengthy, with different criteria depending on the different links a person has to the UK.

It is very possible for someone to be resident in the UK for tax purposes but not to be domiciled here, i.e. they intend to return to their country of domicile in the future. Where that is the case, an individual will be classed as UK resident, non-domiciled (“RND”) and become the subject of particular tax rules.

The tax rules around UK non-doms

Anyone who is resident in the UK for tax purposes would normally have to pay income tax and capital gains tax (“CGT”) on their worldwide income and gains as they arise, in the same way as any normal UK taxpayer – known as the “arising basis”. UK RNDs can elect, subject to certain criteria, to be taxed under a different regime whereby their UK income and gains would continue to be taxed under the arising basis, but any foreign income or gains would only be subject to UK tax to the extent that it is remitted to, i.e. enjoyed in, the UK – the “remittance basis”.

It is important to point out that the way a UK RND is taxed for income tax and CGT purposes has no bearing on the way inheritance tax is applied on their death.

Historically the remittance basis applied automatically to a UK RND, but that is no longer the case – anyone looking to make use of this must elect to do so. The remittance basis may be considered to afford a taxpayer an advantage in that any foreign income and gains which are not brought into the UK will be out of scope for UK tax, but there is no “free lunch” for tax purposes. This can only be claimed for “free” for the first seven years that a UK RND is resident in the UK; after that they will need to pay a special charge of £30,000 (the “Charge”) for each tax year that they seek to claim the remittance basis. This will increase to £60,000 after 12 years of residence.

Once a person has been resident in the UK for 15 out of the past 20 years, they are automatically treated as UK domiciled for tax purposes and can no longer use this regime, subsequently being taxed on their worldwide income and gains on the arising basis.

An additional point to note is that the Charge would need to be paid along with any tax on income and gains actually enjoyed in the UK. This means that it may not be beneficial to all UK RNDs to use the remittance basis, and it is up to the UK RND to weigh up whether they should make the claim, seeking appropriate legal and tax advice to make that decision.

As a consequence of claiming the remittance basis, UK RNDs are required to forgo certain benefits available to most UK taxpayers, including the ability to make use of certain allowances (such as the personal allowance) that would otherwise be available to them, which could in turn increase their tax liability in the UK.

They will also need to incur the professional and compliance costs that are associated with using the remittance basis.

The remittance basis deals with all UK income and gains of a UK RND. The question is, what happens to any foreign income and gains? As mentioned earlier, that wealth is simply out of scope of UK income tax and CGT rules. The likelihood is that it will be the subject of tax in a foreign jurisdiction, e.g. the country of an individual’s domicile or where the wealth arises or is enjoyed.

It may be that the foreign jurisdiction applies different tax rates to that of the UK, making it better (or worse) for the individual concerned.

Setting to one side public attitudes, that would be an entirely legitimate tax planning method from a UK law perspective.

A note of caution

Tax rules rarely lend themselves to easy reading and, as a result, can be oversimplified in the media. It is also worth noting that public attitudes to taxation tend to be varied and will not necessarily accord with what is permissible, and tax efficient, estate planning.

Against that background, it is worth pointing out that the rules concerning the remittance basis have been amended various times over the years and, as a result, have become increasingly difficult to navigate. Subject to specialist advice being taken, it would be entirely appropriate tax planning for a UK RND to make use of the remittance basis, if that was deemed to be in their interests.

Successive Governments have reviewed the tax rules for RNDs and the use of the remittance basis, and a significant reform was introduced in 2017, limiting RND status to a maximum of 15 years. The shadow chancellor, Rachel Reeves, has said that Labour would replace the current system with a short-term scheme for temporary residents. The likelihood of further changes to the RND regime, whatever Government is in power, should be kept in mind in any planning that is undertaken for non-doms. 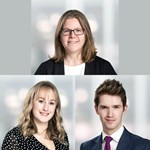 Heather Thompson is a partner, and Claire Scott and Kevin Winters are senior solicitors, in the Personal & Family practice at Brodies LLP