Trees: it's not (all) about the money

Landowning farmers are being approached with tempting offers to sell to businesses for commercial tree planting. What points should they bear in mind in any deal?
16th May 2022 | Catherine Bury

I have had personal experience of an interesting new phenomenon in the last few months. A well-known company of land agents was separately cold calling two of my farming clients in the same rough geographical area, enquiring as to whether they were interested in selling their entire agricultural land holdings to a company that intends to plant commercial forestry.

It seems there are companies that are actively interested in taking advantage of the Scottish Government’s ambitious plan for planting trees to offset carbon emissions, and approaching farmers direct. The farming press is full of stories about this type of approach and its implications, but as many opinions as I have myself about the political, sociological and even economic consequences, the purpose of this article is to concentrate on the practical aspects that should be considered by the lawyer dealing with this type of situation. The money being offered is very good, but there are a few issues that need to be taken into account before the farmer gets carried away.

Who is the purchaser?

The intended purchaser in my two transactions is a company I have never heard of, with a name that does not reveal much and a “care of” address in London. I can’t say that it is my standard practice to investigate the purchaser in any sale, but an apparently anonymous company relatively new to the scene and offering a large premium attracts the attention.

Perhaps the new RCI register will help this kind of assessment, and I know that land agents with experience of these companies will have more information than is easy to find via a search engine. It could be an existing commercial woodland company extending its reach, or perhaps a new company involved in carbon offsetting on behalf of commercial clients.

I would certainly recommend that any farmer receiving such an approach consults an experienced land agent, who will at the very least be aware of the premium prices being offered by these companies and be in a position to negotiate the price being offered and the practicalities of the areas being sold and/or retained. From my experience those prices seem to be as much as double a rough calculation of agricultural value, the land being sought often being perceived as slightly lesser quality hill ground.

It appears to be land that is of interest to these purchasers, leaving the farmer with the farmhouse, agricultural buildings and yard in their ownership. As with any other sale of part of a farm, it is crucial that the rights to use water, drainage and other services are reserved in favour of the farmer if any of these derive from sources or connections located within the area to be sold. Similarly, a discussion should be had about physical access to the farm building and the retained land: is the farm access road to be sold or retained, and how is access to the farm to be maintained uninterrupted as far as possible? The ideal would presumably often be for the forestry area to have its own access, if possible.

In addition to existing services, consideration should also be taken of any new rights for services that may be required by the farmer in future, for example if it is decided to develop the steading buildings. I am aware that this sort of approach might cause a bit of difficulty with the forestry company, who might well be concerned about new pipes and cables being installed within new tree plantations. This point should be carefully considered in order to ensure that any plans for the retained property are not made impossible by the sale. Should the sale property be fenced, and if so, by whom?

One of my clients was concerned about what would happen if the forestry company decided not to plant trees or was unable to do so due to problems such as with local authority permissions or grants. He was concerned that the empty fields might be used for solar panels or new buildings, and these might well interfere with his plans to sell the farmhouse in future.

My client initially requested a right of pre-emption over a few specific fields which were deemed to be important, but this request was rejected; instead he accepted a no build restriction on these same fields in the disposition in favour of the purchaser.

The farmer’s agricultural adviser will be aware of any land management schemes the farmer is contracted into, their requirements and their termination dates. These may relate to land use and/or improvements such as planting, drainage or fences. Any ongoing scheme would require to be declared to the purchaser with a request that they fulfil the obligations for the remaining period.

Land maintenance (“LMF”) forms transferring the sold fields from the famer’s farm code to the purchaser will require to be completed, signed by the seller and delivered to the purchaser at settlement, unless it is agreed that the sale will include a period of leaseback, as below. LMF forms are lodged with the Scottish Government and allow it to understand who owns and who is in control of (i.e. tenanting) which fields, with the understanding that most farmers will use this evidence of control to claim agricultural subsidies if they are an active farmer. It is unlikely that the purchaser of land for forestry will be claiming subsidies, but the forms will require to be completed and lodged in every sale.

In my experience it is likely that the purchasing company will allow the farmer an agricultural lease of the land being sold for a period of some months at a nominal rent. This is presumably to tie into the planting season and also may take account of local authority permissions and payments of grants. The draft lease will almost certainly be provided by the solicitors acting for the purchaser/landlord and should be checked carefully for the rent, the duration and the clause which specifies the use that can be made of the farm. If the farmer runs a mixed livestock and arable operation, the lease should allow that to continue.

A normal agricultural lease places the responsibility for the ongoing repair and maintenance of fences, drains, roads and other farm infrastructure (fixed equipment) on the tenant, by operation of law. The landlord is required to bring these items into a good state of repair before the lease starts. In order to give my clients comfort that their new landlord would not approach them for “dilapidations” due to apparent lack of repair and maintenance of fixed equipment at the end of the lease, a back letter was drafted to sit alongside the lease confirming that the obligations of the lease with regard to fixed equipment would not be enforced. The fixed equipment was to be treated “as seen”, and neither side would have any obligation in that regard. The back letters were signed by the seller/tenant and countersigned by the purchaser/landlord to avoid any implication that there was any pressure being placed on the seller/tenant to sign anything.

My experience is that land agents will carry out their own extensive research into the farms that interest them and on the ground before approaching the owners. Therefore I would suggest no guarantees are given to the purchaser regarding the suitability of the land for trees, the suitability of the access and public roads for transporting timber or any other similar issues.

There are many financial and other pressures facing farmers, and it is easy to see why selling land for forestry is an attractive proposition. They can use the sale proceeds to plough back into any land and buildings they retain, or use the sale price to purchase as new; in a free market they can sell to whomsoever they choose. If policy objectives begin to dictate, any Government controls on the expansion of tree planting on agricultural land would likely be targeted through more controls on forestry grants. But with the ever increasing pressure on agriculture to reduce its carbon footprint, farmers should also be careful they don’t sell, with their land, a good method of being able to do so themselves. 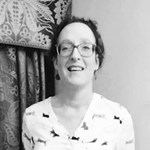 Catherine Bury is an associate with Stewart & Watson, Turriff