We have learned much from the changes enforced by the pandemic, including what works best between the old and the new. (We can also learn why some columns are worth reading to the end!)
16th May 2022 | Ken Dalling

Some thoughts on change.

Change is good and, if not, it is certainly inevitable. The COVID pandemic that we seem at long last to be putting behind us was not of our choosing. The changes that were forced on us all in the weeks, months and years since March 2020 have not always been easy to accept or live with, but accepting the good faith of those directing those changes did, perhaps, make some of them easier to take on. The old proverb that we should change the things we can, accept the things we can’t and have the intelligence to know the difference is one worth remembering.

No matter the challenges presented by the first and subsequent lockdowns, between them and after them the steps taken by the profession to get back to a sense of normal have been nothing short of remarkable. Yes, the same can be said for many, and of course health workers have been on the real front line; but solicitors sitting at the centre of life, liberty and commerce stand apart. We have – you all have – gone above and beyond again and again to ensure that civic life, private life, politics, government and the courts continued to function. I think we should all be very proud of that.

We made it work

The changes to our way of life and ways of working were often unwelcome, but we have learned from those changes. Moving forward it is great to think that we can keep what has been shown to be of value and, having taken the benefits of sub-optimal processes when we had no choice, get back to those processes which, tried and tested, we have not yet been able to improve. Hopefully for those who can, homeworking and hybrid working will deliver a benefit to work-life balance and, with that, enhanced wellbeing. For those who can’t change the way they work, maybe just being able to return to it will have helped.

From the very start of lockdown, the criminal courts continued to function, in particular dealing with those arrested and prosecuted from custody. Defence solicitors were there in court, meeting and advising clients, then representing them before the sheriff. Hub courts were set up to allow a concentration of effort, and for those of us, like me, whose local court was not a “hub”, at least when we were on the road, the road was empty! Then came virtual courts and virtual custody courts, at least in “pilot” form.

“Dialling in” to a procedural hearing is something that is still with us and is likely to remain. Civil hearings which are not procedural are for now virtual by default – to allow a concentration on clearing the criminal backlogs – but with an option to request an in-person hearing. The virtual custody pilots are over or at least paused.

Justice, whether in the criminal or civil forum, must be real and accessible. Where technology is to lend a hand, that technology must be adequate in extent and quality. In her evaluation of the Falkirk virtual custody pilot, Sheriff Principal Lewis made a particular point of commending those solicitors who had by their efforts and experience facilitated the operation of the system despite those very resourcing issues. It is good that in times of trouble alternative processes were introduced and made to work, but it is better still that optimal processes return.

Some thanks (and more)

In my first column, I said that solicitors were great. You have been and you still are. So too are those who support you within the Law Society of Scotland in terms of staff and volunteer committee members. My experience as an office bearer has only enhanced my respect for our justice partners – the Crown, SCTS and the judiciary. It has been a privilege and pleasure to serve as the President of the Society. I thank all of those within the Society, the profession and beyond who have supported me. The next change is towards the presidency of Murray Etherington, ably supported by Sheila Webster as President-elect 2023-24, and indeed by me – I hope. Enjoy it all, Murray. You will be penning your final column before you know it.

Just one last thing. My wife doubts that anyone actually reads this part of the Journal. So prove her wrong please. Email me on ireadthecolumn@gmail.com. Just tell me who Kipper is and I will send the first and, if there is one, the 50th correspondent a bottle of champagne. 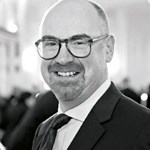