Whatever the merits of the Scottish Parliament petition seeking full legal aid for all parents contesting access, it raises legitimate concerns that deserve the Government’s urgent attention
16th May 2022 | Ian Maxwell

The Scottish Government’s written response to the committee points out that (a) that would be expensive, and (b) the current merits and means tests in Scotland “allow the scope of legal aid to remain one of the most inclusive in Europe”. It restates the Government’s intention to bring forward a legal aid reform bill in this parliament.

The response doesn’t exude much sense of urgency.

Setting aside, therefore, our view at Shared Parenting Scotland that it is usually better not to go to court at all if possible until all else fails, we fully understand the frustration with the current system captured in the terms of petition PE1917. It is drawing to the attention of the committee entirely legitimate concerns that deserve Scottish Government attention now rather than later.

First, there is an “inequality of arms” phenomenon when one party has legal aid and the other has not. If one party is funded by the public purse there is a perception that there may be advantage, for example, in prolonging correspondence about trivial or non-existent matters or stalling on good faith negotiation that will lead to settlement. This not only wears down the finances of the non-legally aided party, who may incur a substantial fee for every solicitor’s reply, but far more important is that the longer the correspondence can be strung out, the more it may damage the relationship of the child with the other parent as a new status quo sets in.

Secondly, we suspect it is not commonly known by legislators, unless they have personal experience, just how expensive even an average family court case can become, quickly running into tens of thousands of pounds for a non-legally aided party. We have seen typical costs of £30,000-£50,000 in cases that raised no great legal issues or safety concerns about either parent. We have also seen more complicated cases topping £100,000 even in the sheriff courts.

While it has been a matter of some pride within the Scottish Government that we continued to make legal aid available for family cases after it was stopped in England & Wales, the cut-off point is not generous in the context of average family law case costs. The marginal cost for a party being a few pounds over the resources threshold can be catastrophic.

The choice for many parents in that situation is to give up, sometimes walking away from their children completely, or to represent themselves as a party litigant.

In our recent monthly meetings up to half of attendees are considering becoming, or have already become, party litigants.

We are aware of a number of party litigants who have been largely successful, though all will admit that running their own case became effectively a full time preoccupation. Others have struggled to contain their emotional turmoil – often expressed as “having to prove my worth as a parent: it’s like being on trial” – within the detached procedures of a courtroom.

It is also a fact that parts of Scotland are already effectively legal aid deserts, with solicitors not taking on family law cases, or imposing their own rationing system of a few cases a year.

Our view, expressed separately to the Scottish Government, the Scottish Legal Aid Board and to the Evans Review of Legal Aid, is that legal aid can play an important role in supporting alternative, less adversarial routes to helping parents resolve their disagreements after separation or divorce. Parents need support in putting the broad welfare of their children first, exactly at the time when they may be least able to do it amid the disruption of their relationship breakup. We are currently running a pilot of the New Ways For Families skills training that has a good record in resolving high conflict disputes.

Our children and their parents really need less court, not more. Parenting should not be means tested. In the meantime, however, fundamental issues of child welfare as well as access to justice have been identified by this petition. Even if its headline call for legal aid for all is unlikely to succeed, we urge the committee to remind the Scottish Government that it is sitting on a family law crisis. 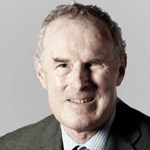