Child abduction: was there still consent?

Family law briefing: a recent Inner House decision illustrates the operation of the defence of consent in an application for return of children under the Hague Convention
18th November 2019 | Marisa Cullen

A client is seeking advice on whether she can defend court proceedings. She has just been served with a Court of Session petition seeking the return of her children to another country. She says she had the other parent’s consent to relocate. Does she have a defence?

The 1980 Hague Convention is the main convention used when one parent believes that their children have been wrongfully taken (or wrongfully retained) by the other parent from their country of habitual residence. A number of defences are available under the convention and this article focuses on the defence of “consent”.

This defence has been considered in both Scottish and English case law. In KT v JT 2004 SC 323, issues arose on where the onus of proof lies in consent cases and the nature of the consent required. It was held that consent has to be “real, positive and unequivocal” and the onus lies with the party raising the consent defence. In C v C 2003 SLT 793, the court considered the different approaches to be adopted when dealing with a consent defence rather than an acquiescence defence. Lord Macfadyen opined that, “Acquiescence is concerned with the inference to be drawn, about the attitude of the party at the time of the removal, from his or her subsequent actings. Determining whether a party consented at the time of the removal does not normally involve such retrospective inference. It will usually, in my view, be sufficient to ask whether the evidence shows that, at the time of the removal, the party consented to it.” In Re K (Abduction: Consent) [1997] 2 FLR 212, the court opined that the consent defence would still apply in a situation where the consenting parent later changed their mind after the removal had taken place.

The general principles derived from Re P-J are:

The defence of consent became the main focus of a Scottish-Italian case where a non-return order was issued at first instance and appealed to the Inner House. The appeal court issued its judgment on 1 October 2019: YS v BS [2019] CSIH 50.

In brief, the parties had two boys. The petitioner (father) had raised proceedings against the mother for return of the children to Italy under the Hague Convention. “Consent” was evidenced by the factual circumstances and particular with reference to a typewritten signed note from the petitioner to the respondent in September 2018 consenting to her relocating with the children to Scotland on their separation, and follow-up WhatsApp messages. The children relocated in January 2019. The petitioner alleged that the signature on the note was not his, and that in any event, even if his “consent” was proven, this was provided some months before the respondent left with the children for Scotland. The respondent maintained that the petitioner gave his consent to the relocation and that he did not revoke that consent until after it occurred. The judge granted a non-return order.

The petitioner appealed to the Inner House. Lord Malcolm gave the judgment dismissing the appeal. He opined: “It is well established that consent can be given to removal in the future. There was no material change of circumstances by January 2019, remaining characterised by marital volatility and disharmony. Prior to the removal there was no evidence of revocation of consent.”

The petitioner is now seeking to appeal to the Supreme Court. The defence of consent may therefore remain in the spotlight. 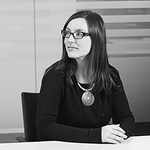