Shining a light on the state

The Tribunals, Courts and Enforcement Act 2007, sched 13, para 7 defined the administrative justice system as “the overall system by which decisions of an administrative or executive nature are made in relation to particular persons”, including procedures, the applicable law, and the related systems for resolving disputes and airing grievances.

The Public Bodies Act 2010 not only swept away the Administrative Justice & Tribunals Council (AJTC); it also removed that definition, which provided a degree of clarity that had not existed previously, or perhaps since.

Currently the administrative justice system is viewed predominantly as the system of tribunals and ombudspersons, rather than a system that extends also to procedures and laws affecting the making of initial decisions by government and public bodies.

The repeal of sched 7 has had the chilling effect of drawing a veil over the activities of government in its decision-making role that puts the rule of law at serious risk.

The world of Daniel Blake

It is three years since the release of Ken Loach’s award-winning film I Daniel Blake, about the experience of a middle-aged joiner, recovering from a heart attack and trying to navigate the benefits system. It remains a harrowing tale, continuing to resonate in 2019 Britain. Loach shone a light on a world of social security benefits governed by tick box assessments, sanctions for missed appointments, rejected claims and the frustration faced by citizens attempting to assert their legal rights.

Loach poses real questions as to where our system of administrative justice is going. The reality of the relationship between citizen and state is reflected every day, whether, like Daniel Blake, in the context of social security or, as with the Windrush generation, the immigration system, or wherever else the asymmetrical relationship of the individual and officialdom is played out.

Taking social security, there are significant questions about how DWP discharges its responsibilities. In February 2019 there were 6.8 million working age claimants across the UK, of whom:

It takes a pretty massive administration (84,718 DWP staff as at May 2016) to generate these numbers. Most of the even more massive number of individual decisions are probably correct, but a significant number may not be. They concern not simply eligibility for benefit, but all the ancillary issues such as benefit sanctions. Between November 2018 and January 2019, 56% of all universal credit live service decisions resulted in a sanction, up five percentage points on the previous quarter.

Between 2013 and 2016 DWP conducted 483,000 mandatory internal reviews of benefit decisions, the initial formal complaint procedure for challenging most decisions before statutory appeal. Just 10% of initial decisions were revised in the claimant’s favour, whereas 40% of cases were overturned when the claimants went on to tribunal. The period April to June 2019 saw an overall 71% success rate.

The latter figure suggests something is quite seriously adrift, both with initial decision-making, and more worryingly with the mandatory reconsideration process. It is fair to assume that others who could have appealed but did not, for whatever reason, might also have been successful. Many people may not have access to advice and support; others may simply give up without a fight. A 10% initial success rate on mandatory review suggests a less than robust approach.

Stories appear daily in the press of ordinary citizens whose lives are being blighted by injustice. Examples include public service workers being wrongly threatened with deportation as overstayers; applicants for PIP being found “fit for work”, but dying shortly afterwards; and children being excluded from school for wearing the wrong trousers, or because their hair is too long, or short, or coloured. Ministers take remedial action following press and public outcry rather than advice from their officials.

Having said that, there is no statement of overarching principles offered by government as to its aims for the system, as understood by the 2007 Act. But one cannot remove that system simply by removing its definition. The failure to recognise and address that is in part what gives rise to the Daniel Blake problem. Aiming to get decisions right first time should be an aspiration for government, and should underpin the system of administrative justice, but it is not immediately apparent in practice.

In September 2019, DWP released figures about PIP applications which recorded that the average time in July 2019 for a case to go through mandatory reconsideration had more than doubled in a year, to 69 days. The average wait for an appeal decision, for people transferring to PIP from disability living allowance, exceeded 35 weeks.

Timely decision-making should also be a principle of administrative justice. If so, DWP is failing to achieve it. Justice delayed is justice denied, and probably more so when delay probably drives the claimant to the food bank instead of the supermarket.

If anything, the latest statistics tend to suggest a significant worsening of performance in government decision-making right across the administrative justice system, and it is time something was done to rectify this.

What is the “system”?

At least since the Crichel Down scandal back in 1954, Governments have wrestled with the problems of an ever-expanding administrative justice system, although that has never seemed to have been given high priority.

“The scale of the system makes its low priority even more surprising”, the AJTC wrote in 2012. “There were around 650,000 formal tribunal appeal hearings in 2010, compared to 223,000 criminal justice hearings and 63,000 civil justice hearings (excluding family hearings). In addition, the Parliamentary and Health Service Ombudsman received 23,422 complaints in 2009-2010 (although not all of these proceeded to an investigation) and the Local Government Ombudsman received 21,840 complaints during the same period.

“The concept of an administrative justice ‘system’ is taking time to be universally recognised. It implies a strategic, cross-cutting view of decision-making and redress mechanisms across government, making it possible for general principles to be stated, good practice to be shared, and comparisons to be drawn between alternative approaches. The concept challenges the historical silo-based approach that often appears to define the public sector in the UK.”

Attempts have been made over the intervening years to move from calling it an “administrative justice system” to making it a system in reality. And, yes, there have been real advances, with transformative new arrangements for tribunals and ombudspersons. But so far as the administration of the system within government is concerned, there does not appear to have been any real progress; quite the reverse. It may be that the vision in the second paragraph quoted above is indeed too difficult – or that the challenge to an ingrained silo-based approach involves too radical a change.

So what is to be done?

Milestones in a process to establish an administrative justice system should be based on a recognition that the 2007 TCE Act approach was right, and that the system should include what happens inside government as much as the structures outside for redress. There must be agreement on the principles which support and underpin such a system. The AJTC published such a statement in 2010, and in Scotland its successors, including the Scottish Tribunals & Administrative Justice Advisory Committee (STAJAC) had started on a process to take that forward.

The Windrush affair involved many individuals born British subjects and who had arrived in the UK before 1973, particularly from Caribbean countries. As well as those who were wrongly deported, an unknown number were wrongly detained, lost their jobs or homes, or were denied benefits or medical care to which they were entitled. A number of long-term UK residents were wrongly refused re-entry; a larger number were threatened with immediate deportation.

While the impact on individuals directly affected can scarcely be imagined, Windrush emphasises that in building an administrative justice system it will be important to look beyond, towards the identification of principles to safeguard individuals, developing principles and approaches which reflect the values of our society. It may be that an emphasis on “user focus” has diverted government from a proper appreciation that in designing systems and making policy choices it has to work with a clearer view towards aligning administrative justice and human rights.

It has been said that “The institutions of everyday justice – ombudsmen, tribunals and mediation – rarely herald their role in human rights frameworks, and never very loudly. For the most part, human rights and administrative justice are ships that pass in the night“ (UK Administrative Justice Institute, 30 September 2019). We might add that administrative justice involves the far broader canvas of the business of government itself and that agreement on the principles which govern that are an essential first step in developing a proper system of administrative justice, which in turn is part of the bedrock of any democracy. 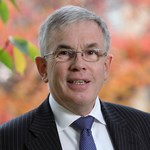