Pensions briefing: despite the interruption of the general election, it is likely that the Pensions Bill announced in the Queen's Speech will reappear before long, focusing on four main areas
18th November 2019 | Colin Greig

Whilst the upcoming general election has halted the progress of the Pension Schemes Bill announced in the Queen’s Speech, with cross-party support it seems likely that whatever the election outcome the bill will be taken forward.

Parts 1 and 2 of the bill provide the legislative framework to establish and operate a new type of pension scheme to be called collective defined contribution (CDC) schemes. Contributions to such schemes are to be pooled and invested with a view to delivering an aspired-to benefit level. Fundamental to their operation is the principle that contributions into the scheme are fixed and the benefit level can only ever be a target or an estimate.

Employers are not providing a guarantee of any level of benefit, and members are expected to recognise that the benefit levels aspired to may not be achieved and that the level at which pensions are paid may fluctuate.

Royal Mail is the first employer looking to set up a CDC scheme, after getting approval to do so from its workforce in April 2018. It remains to be seen whether such vehicles will be an attractive proposition for any other employer. CDC schemes may provide an alternative to certain types of employer who wish to replace a defined benefit scheme, but who do not want to move to provision on an individual defined contribution basis. Establishment of such schemes is however likely to be limited in number.

In light of experience arising in a number of high profile insolvency cases, the bill looks to enhance the Pension Regulator’s powers in a number of ways to help the Regulator meet its aims of being “clearer, quicker and tougher”, and in turn afford increased protection for defined benefit scheme members’ savings. In particular it would:

The bill introduces a framework for provision of online services intended to allow people to access their own pension information in a clear and simple form, bringing together details of individual savings from multiple pensions, including state pension, in a single space online.

Given the number of different types of pension arrangement and benefit structures, it will be no mean feat to deliver on this goal in a way that assists savers whilst not loading unreasonable cost and risk on those involved in delivering (or for that matter the savers themselves).

Whilst much of the detail in relation to dashboard requirements is not yet available and is to be provided for under regulations, it is to be hoped that pension providers and trustees will not be required to undertake any action which will incur costs before appropriate checking and testing of the dashboard infrastructure has been made and it is clear that the dashboard will be viable.

The remainder of the bill sets out a number of other provisions, including:

Whilst much of the detail in relation to the foregoing will appear in regulations, it seems likely that there will be political will to move the bill forward after the election. It remains to be seen to what extent, if at all, a new Government will seek to make any further changes. 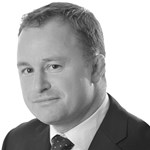