Can mum and dad know best?

Human rights briefing: the UK Supreme Court's decision in Re D (A Child) would cause problems in Scotland if applied, as it appears is intended, to children under 16. Is there a solution?
18th November 2019 | David Blair

The key issue in Re D (A Child) [2019] UKSC 42 (26 September 2019) is helpfully summarised by Lady Hale at para 3 of her decision: “This case is about the interplay between the liberty of the subject and the responsibilities of parents, between the rights and values protected by article 5 and the rights and values protected by article 8, and between the relationship of parent and child at common law and the Convention rights.” The case concerned D, a child with learning disabilities who was subject to a residential placement in terms of s 20 of the Children Act 1989.

Prior to his 16th birthday, it was accepted that his residence had been authorised by his parents’ consent, but once he turned 16, Birmingham City Council (the placement providers) raised proceedings in the Court of Protection seeking confirmation that D was not deprived of his liberty in terms of ECHR article 5, as his parents had consented to the placement.

Consent to deprivation of liberty

The Supreme Court held by a majority of three to two that the parents of a 16-year-old could not consent to a deprivation of liberty on behalf of the child. Lady Hale noted that it was not in dispute that the conditions in which D resided (including continuous supervision and locked access to the outside world) would amount to a deprivation of liberty unless D consented.

If an infringement of article 5 does prima facie exist through the conditions of detention, and lack of consent to those conditions, it may still be permitted by article 5(1)(e) if it is a lawful detention of someone of unsound mind. The Supreme Court therefore also had to consider (standing D’s lack of capacity) whether his parents’ consent made the prima facie infringement lawful. Lady Hale again concluded that parental consent was irrelevant. Noting the fundamental nature of the right to liberty, she observed: “It would be a startling proposition that it lies within the scope of parental responsibility for a parent to license the state to violate the most fundamental human rights of a child: a parent could not, for example, authorise the state to inflict what would otherwise be torture… upon his child.”

While the case dealt with a child over 16 (the court declined to express a definite view as to the position with younger children), Lady Hale did accept that the universality of her argument would extend to children of a younger age. While there is a superficial attraction to this laudable ideal, it may lead to unfortunate and unintended consequences if applied in the Scottish courts.

The first point to note is that the specific issues in this case would not arise in Scotland. Children reach the age of legal capacity at 16, and the provisions of the Adults with Incapacity (Scotland) Act 2000 apply to anyone over 16. If D were resident in Scotland, it would therefore be open to his parents, the local authority or another interested party to apply for a guardianship or intervention order to allow a decision to be made regulating his residence. The issue arises if, as Lady Hale accepts is logical, the court’s decision extends to children under 16. In that case the 2000 Act would provide no mechanism to authorise treatment. Neither would s 13ZA of the Social Work (Scotland) Act 1968, which only applies to adults. If consent cannot be obtained from the parents by virtue of the parental rights and responsibilities they hold, how should such care (which may well be in the child’s best interests) be authorised? In certain circumstances a compulsory treatment order may be an option, but it is not clear that it always will. The Court of Session may also retain a jurisdiction in terms of its parens patriae authority, but procedure relative to this is undeveloped.

It is submitted that Lady Hale’s approach may cause difficulties if applied by Scottish courts to children under 16 who lack the capacity to express consent to their conditions. In the absence of any other statutory authority, the parental rights and responsibilities enshrined in the Children (Scotland) Act 1995 appear to be the most appropriate way to authorise what may be a positive residence decision (and which would be authorised for an adult subject to guardianship). As Lord Carnwath noted in his dissenting opinion, such an approach would appear to be consistent with the Strasbourg court’s approach in Nielsen v Denmark [1988] ECHR 23. 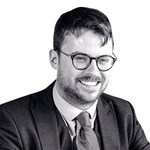