Freedom of information rights are popular with the public, and lead to better government – but are in need of reform, and the pace of change is slow. However there are opportunities at present
18th November 2019 | Carole Ewart

The results confirm the threat to FOI – we know about the principle, but much less so on the detail of the law and its delivery. Yet there is plenty of evidence and informed commentary that law, culture and practice need to change in Scotland so that our right keeps pace with how information is gathered and processed, as well as accommodating changes in how public services are delivered. Fortunately, there are three opportunities to make a difference, and support needs to be built around each one so that politicians deliver the objective of modern, enforceable FOI rights for the public to ensure transparent and accountable government.

Scotland: a work in progress

A brief history of FOI explains some of the issues we now face. When the Scottish Parliament was established in 1999, it was underpinned by the principles of “openness, transparency and accountability”. However, it took another three years before those principles were incorporated in law through the Freedom of Information (Scotland) Act 2002 (FoISA). FoISA became effective on 1 January 2005, and 10,000 organisations were immediately covered. At the same time the Environmental Information (Scotland) Regulations 2004 (EI(S)Rs) became operational, although a framework had been in place since the 1990s.

In contrast, some countries have operated an FOI regime for many years: Sweden, for example, is credited with passing the first access to information law in 1766. Such countries have established culture, practice, systems and expectations on the enforcement of FOI rights. In Scotland the components of FOI that require successful delivery remain a work in progress for both rights holders and duty bearers.

FOI is an accepted and valued tool used in political, civic and business life in Scotland to expose failings and identify opportunities, for example in how public services can be delivered better. The 2019 polling showed that 62% agreed that FOI helps to uncover bad practice. Clearly, making an FOI request is associated with trying to fix a problem rather than proving excellence in the delivery and funding of public services.

Although the principle has been won, practice shows there are many ways to frustrate FOI laws, and Parliament needs to be vigilant as major reform will not come from the Scottish Government. Its six FOI principles, published in 2007, provide a deliberately slow pace for review and a narrow framework to initiate reform. It “operates within FoISA rather than proposing significant changes to it but adjusts the regime where it is necessary and sensible to do so. The Act must operate well for both members of the public and Scottish public authorities. [It] will keep the Act under review by promoting good practice within existing frameworks and considering extending coverage”.

Intriguingly, the Scottish Government has failed to exercise leadership in the promotion of “good practice”, as it has been subject to statutory intervention by the Scottish Information Commissioner since 2017; his latest report indicates that the intervention is still ongoing despite progress.

Opportunity one is the Scottish Government consultation seeking views on whether bodies that deliver services for the public sector should be covered by FoISA; that would include charities as well as the private sector. The private sector is already covered under the EI(S)Rs, and under FoISA GPs and dentists are covered although they practically operate as private companies contracted to deliver public services. So the consultation will provide consistency and realism in the current legal framework, and responses are encouraged by 22 November.

Secondly, there is the post-legislative scrutiny of FoISA, prompted by complaints by journalists of biased treatment, along with repeated evidenced complaints from the Campaign for Freedom of Information in Scotland (CFoIS) and trade unions such as UNISON. That led to a motion passed unanimously at the Scottish Parliament, on 21 June 2017, for post-legislative scrutiny of FoISA and an independent inquiry into how the Scottish Government deals with FOI requests. The former took nearly two years to achieve and the latter has still not happened.

During the written and oral evidence so far, a plethora of issues have been raised, including:

This last recommendation will really help, as Scottish public bodies reported receiving 42,044 requests for information in the first six months of 2019, putting them on course to receive more requests this year than ever before. Just over 75% of requests resulted in all or some of the information being released.

Mitigating the increase in workload can also be addressed by focusing on those services subject to procurement. Public authorities covered by FoISA such as health boards and councils are working in a co-ordinating role to gather information to answer FOI requests, and their resources could be used differently. The FOI right should follow the spend of the public pound, so take out the intermediary authority and allow people to make an FOI request direct to the provider of the service.

The committee has been encouraged to be bold in its recommendations, as Parliament has the power to do something significant to strengthen the right and bring it up to date with other democracies. Its recommendations for reform also need to link in coherently with the other opportunities.

The third opportunity to improve FOI rights in Scotland is prompted by the jurisprudence at the European Court of Human Rights, which means FoISA needs to fit with the Scottish Government’s wider policy objectives on human rights. The Grand Chamber ruling in Magyar Helsinki Bizottsag v Hungary in 2016, like Társaság a Szabadságjogokér (the Hungarian Civil Liberties Union) v Hungary in 2009, ruled on the importance of NGOs, bloggers and journalists in informing the public on issues of public interest. Finding in favour of their right under article 10 of the European Convention on Human Rights means their access to information rights is in effect elevated because of their ability to ask questions of public interest and to cascade widely the answers and analysis.

In the face of austerity

Each of the three opportunities will be influenced by practical developments in the delivery of FoISA. Despite the Minister for Justice’s promises at stage 3 of the bill in 2002, it has taken 17 years for registered social landlords (RSLs) to be designated under FoISA, operational from 11 November 2019.

RSLs were covered by the EI(S)Rs.

RSL subsidiaries may also be designated, and it will be interesting to see which ones and which parts of their business should be FoISA free as not carrying out a public function or a function of a public nature.
The terminology is important, as the Human Rights Act 1998, s 6 places a duty to comply with the ECHR if an organisation is delivering a public service or a service of a public nature. Legal controversy may rage for years to come, but whatever is decided will impact significantly on the accessibility and enforceability of FOI rights and in making services funded by the public purse transparent and accountable.

Activity on legal compliance within organisations that have been subject to austerity and repeated cuts to their budgets is being tested. Anecdotally we know that FOI staff and those in the various departments that gather the information to answer the question are all under pressure and their numbers reduced, while responsibilities such as under GDPR increase. The impact of austerity may also have prompted the public to make FOI requests to make sense of cuts to valued services. They are looking for official information so that they can form an opinion, exercising their ECHR article 10 right.

So, cuts to budgets are impacting on FOI rights and there needs to be an honest conversation about what investment is needed to take the pressure off staff.

Much needs to be done to update and extend the FOI right to make it fit for purpose, and International Human Rights Day on 10 December allows us to reflect how to align FOI with human rights. Delivery of FOI clearly sits within the 47 recommendations across two reports, from the First Minister’s Advisory Group on Human Rights Leadership and the Equalities & Human Rights Committee of the Scottish Parliament.

Rights holders and duty bearers need to work together to make rights real. That is what CFoIS is trying to do by resuscitating the Scottish Public Information Forum, whose role is incorporated in the Scottish Government’s six FOI principles, but which was allowed to lapse despite being a key vehicle for stakeholder engagement. Since 2017, regulators, the Scottish Government, designated bodies, rights holders, lawyers, third sector organisations and the public sit round the table twice a year to discuss their experiences and how FOI can work best. It is refreshing and a good model of how discussion can lead to and build support for better, integrated practice and improved law. 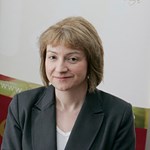 Carole Ewart is convener of the Campaign for Freedom of Information in Scotland: visit them online.