Opening with Baroness Kennedy’s address, the Society’s annual conference last month was a fitting highlight of our platinum year. Another was the rededication of the plaque commemorating one of the greatest Scottish legal cases
18th November 2019 | John Mulholland

Welcome to November’s column. This is the time when we have one of the highlights of our legal year by putting on our annual conference in our platinum year.

I want to extend my sincerest thanks to all our sponsors, speakers and delegates who supported and attended the conference.

I also want to say a special thank you to everyone at the Society who worked so hard to plan, organise and deliver such a successful event. With a mixture of plenary sessions, breakouts and networking opportunities, there really was something for everyone, so it was a great chance to have a break from the daily pressures of practice.

Constitutionally, the degrees of uncertainty and ambiguity about the UK’s withdrawal from the EU are in sharp focus, so we discussed the role of the profession in helping unpick and rationalise this for the benefit of all Scots. We marked the 100th anniversary of University of Glasgow graduate Madge Easton Anderson’s admission as the first female solicitor in the UK. We focused on the progress made and the further changes needed to make the Scottish legal profession a global exemplar of equality and diversity.

There were 20 sessions to choose from, covering all areas of the profession including specific practice areas, people management, trainees, legal regulation, in-house, sole and high street practitioners.

The date for next year’s conference is already in the diary: 30 October 2020. I hope you can find the time to come along.

It was a real pleasure to welcome Baroness Helena Kennedy QC as our keynote speaker. Baroness Kennedy’s fantastic speech stressed the vital role of the law in a “post-truth” world, and asked if the legal system is the last best hope of providing certainty and sense as other institutions and social constructs become diminished in the public’s perception. The importance of the rule of law, human rights and the threat to judicial and legal professional independence were expertly highlighted. These are highly relevant subjects to consider in a time when our colleagues around the world are harassed, persecuted and imprisoned by oppressive governments and regimes, just for discharging their professional obligations or simply representing their clients.

Talking of Scotland’s favourite exports, it was one of the real highlights of my term to attend the rededication of the plaques commemorating Donoghue v Stevenson. This landmark case transformed consumer rights not just in Scotland and the UK but all over the world. Mrs Donoghue’s monumental victory established that a manufacturer of a product owed the consumer a duty of care. The plaques had recently fallen into a state of disrepair, so they were refurbished and unveiled in Paisley as part of our 70th anniversary celebrations.

The plaques were inaugurated in 1990 to commemorate the Paisley Conference on the Law of Negligence, inspired by Canadian judge Mr Justice Martin Taylor who encouraged the event to be held in the magnificent Paisley Town Hall.

To quote Professor Peter Burns from the University of Columbia, who attended the conference, “Probably no other single case has had such a liberating effect on a whole branch of the common law”.

Having said all that, it is important to remember it was a Scottish decision and the House of Lords was the highest Scottish civil court at the time. I have always thought that poor old Lord Moncrieff never got the credit he deserved. Lord Atkin took all the glory with his “neighbour principle”, after rather airily declaring the law of Scotland and England were the same. It was after all Lord Moncrieff, in the Outer House, who decided Mrs Donoghue had pled a relevant case in law against the defenders. This was despite an earlier decision in Mullen v AG Barr (Mr Mullen had allegedly found a mouse in his ginger beer) in which the court rejected a claim on the existing principle that a manufacturer owed no duty of care to a consumer.

I imagine that if we could ask May Donoghue what she was doing (90 years ago) in November 1929, she might reply that she had just heard from her Glasgow solicitor, Walter Leechman, that she might have to abandon her case. Things looked bleak. However, in a masterclass of legal tenacity, he persevered and even though it was effectively pro bono, managed to appeal to the House of Lords. A great example of a Scottish solicitor, in the finest tradition of the legal profession, serving the best interests of a client by securing a fundamental change in the law, against the odds. 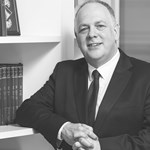 John Mulholland is President of the Law Society of Scotland – President@lawscot.org.uk; Twitter: @JohnMMulholland