Land law on the move

What was new in the conveyancing world last year? Quite a lot, as it happens, and this article picks out some highlights from a seminar on the subject
18th November 2019 | Alison Mackay

2018 was another busy year in the world of conveyancing. Like many of my colleagues, I attended Professors Gretton and Reid’s sellout seminar “What Happened in Conveyancing 2018?” The answer to that question is rather a lot, as evidenced by the size of the course papers, running to 227 pages, the largest volume of the now 28 annual updates of new developments. There follows a summary of just a few of the interesting highlights.

In Regency Villas Title Ltd v Diamond Resorts (Europe) Ltd [2018] UKSC 57, which concerned two neighbouring timeshare developments near Canterbury, the Supreme Court, in an English appeal, held for the first time that the grant of purely recreational (including sporting) rights over land which genuinely accommodate adjacent land may be the subject matter of an easement. This decision is likely to be influential in Scotland because the law of servitudes shares many features with the law of easements in England.

So will Regency Villas be followed in Scotland, or as Professors Gretton and Reid ask in the course papers, “Are we witnessing the dawn of a new age of recreational servitudes?”

Section 76 of the Title Conditions (Scotland) Act 2003 abolished the fixed list of permissible servitudes and opened the door to the possibility of new servitudes being created, provided they are in writing, dual registered and not repugnant with ownership. Recent examples of recognised new types of servitude include parking (Johnson, Thomas & Thomas v Smith [2016] SC GLA 50), and overhang (Compugraphics International Ltd v Nikolic [2011] CSIH 34). The fact that recreational servitudes have not been recognised in the past is no barrier to their recognition in the future.

It may be that a right to swim or play golf lies on the edge of what is likely to be accepted as a servitude, or that, if it is accepted, it will be permitted for example only for the benefit of timeshare developments and hotels. Accordingly, it will really depend on the type of property and the context involved. Professor Reid stated that it was his view and also that of Professor Paisley that a servitude right of recreational use is now a valid type of servitude in Scotland, so you may well see this appearing in drafting in the future.

The Scottish Government has set a target of having 1 million acres of land under community ownership by 2020.

The latest phase of the community right to buy legislation in relation to “abandoned, neglected or detrimental” land came into force on 27 June 2018 in terms of s 74 of the Community Empowerment (Scotland) Act 2015. Unlike the first right to buy (introduced by part 2 of the Land Reform (Scotland) Act 2003), which is a right of first refusal if an owner wants to sell, there is no requirement for the owner of the abandoned, neglected or detrimental land to be willing to sell.

The landowner can be forced to sell the land, but the community body must have tried and failed to purchase it. Land is eligible if in the Scottish ministers’ opinion it is wholly or mainly abandoned or neglected, or the use or management of the land is such that it results in or causes harm, directly or indirectly to the environmental wellbeing of a relevant community.

In practice the different types of community right to buy have been little used. To date there have been no applications by community bodies to buy land which is abandoned, neglected or detrimental, which has led to campaigners arguing that community land buying powers are not “fit for purpose”.

The new (third) edition of the Scottish Standard Clauses came into force on 1 November 2018. The standard clauses were introduced in January 2015 with the aim of achieving consistency and uniformity in missives across Scottish residential conveyancing practice. The intention is for them to reflect a fair and reasonable balance within the standard offer between the respective interests of the purchaser and the seller.

Ross MacKay, who chairs the Standard Clauses Review Group, wrote a helpful article at Journal, November 2018, 34 highlighting the main changes from the second edition so I do not intend to cover that.

Anwar v Britton related to clauses 2.1.3 and 27.1 of the second edition of the clauses. The purchasers, Mr and Mrs Anwar, raised an action for reduction of missives of sale and a subsequent disposition, alleging misrepresentation prior to the conclusion of missives regarding flooding at a property in Strathblane.

The primary question before the court was the correct construction of clauses 2.1.3 and 27.1. Clause 2.1.3 is a warranty in relation to flooding and clause 27.1 is an “entire agreement” clause. The court had to consider, first, whether the purchasers were entitled to found on an alleged misrepresentation prior to the conclusion of missives, and secondly, whether clause 2.1.3 obliged the sellers to disclose any flooding they were aware of within the previous five years, or only flooding which affected the property at the date of conclusion of missives.

The alleged misrepresentation was whether the property was affected by flooding. The Anwars’ solicitors submitted a formal offer to purchase incorporating the second edition of the Scottish standard clauses on 24 May 2016. The offer was conditional on a flood risk report being obtained in terms satisfactory to the purchasers. The Anwars argued that the flooding issue was important to them, given their intention to develop the property. A flood risk report was exhibited which stated that the risk of flooding was low, but recommended that the purchasers should ask the sellers whether the property or the surrounding area had flooded before. By email dated 14 July 2016 the sellers’ solicitors confirmed that their clients had no experience of flooding at the property. Missives were concluded on 3 August, in terms of which clause 2.1.3 stated:

“So far as the Seller is aware (but declaring that the Seller has made no enquiry or investigation into such matters) the Property is not affected by flooding from any river or watercourse which has taken place within the last five years.”

The transaction settled, but unfortunately for Mr and Mrs Anwar they later discovered that the stream which passed through the property had overflowed in November 2015.

The sheriff held that the entire agreement clause did not exclude reliance on a misrepresentation which predated the contract, and accordingly the Anwars could found on the email of 14 July 2016. The sheriff also held that clause 2.1.3 should be read as warranting that the property “has not been affected by flooding from any river or watercourse which has taken place within the last five years”.

On appeal by the sellers, the Sheriff Appeal Court upheld the sheriff’s decision. The Appeal Court noted that its task was to ascertain the objective meaning of the words used in each of the clauses, and in cases of ambiguity to have regard to commercial common sense.
From a practical perspective, and in light of this case, clause 2.1.3 has been amended to make it clear that the warranty covers flooding which took place at any time in the previous five years regardless of whether it still affects the property today.

An ad factum praestandum standard security is one which secures non-monetary obligations.

The law on this topic is complex and outdated. The Conveyancing and Feudal Reform (Scotland) Act 1970 is still the key legislation in this area, but the various provisions of the Act proceed on the assumption that the debt is a monetary debt.

The Scottish Law Commission, which is currently reviewing the law of heritable securities, recognises this and states in its first discussion paper on the subject: “the effect of using a standard security to secure a non-monetary obligation... such as an option to buy land if planning permission is granted is unclear”.

JH & W Lamont of Heathfield Farm v Chattisham Ltd [2017] CSOH 119; [2018] CSIH 33, which relates to the enforcement of an ad factum praestandum standard security, illustrates this. This type of security is often used to secure obligations under an option agreement, as in the Lamont case. The reason a security is needed in this context is because it is not possible to register an option agreement in the Land Register.

In Lamont, the owners of 73 acres of land with development potential entered into a contract with a developer whereby the latter, in exchange for payment of £135,000, acquired an option to buy the land. As security for implementation of the owners’ obligations, a standard security was granted to the developer.

Planning permission for development was never obtained and the option period came to an end. The owners asked for a discharge of the standard security. The developer refused on the basis that the owner was in material breach of its obligations under the contract, and claimed £5 million damages for the alleged breach based on the amount of profit that it would have obtained if the development had gone ahead.

Lady Wolffe held that the standard security should be discharged, and that its wording did not extend to any damages. The developer appealed but the Inner House affirmed Lady Wolffe’s decision.

Professors Gretton and Reid disagreed with this decision, as they think that the 1970 Act does provide that a standard security for a non-monetary obligation is a security for the damages that will be due in the event of breach of that obligation. This is because the standard security would be meaningless and pointless if it did not also secure the damages element. It would be like a control switch on a machine which is disconnected.

The takeaway from this decision is that if an ad factum praestandum security is being entered into, you need to make sure that the drafting also expressly covers the payment of damages arising from a breach of that non-monetary obligation as well as the obligation itself. 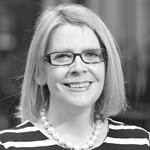