Fine margins are not so fine

The Word of Gold: Pricing post-COVID requires us to raise our game and our sights
17th August 2020 | Stephen Gold

The oldest cliché about lawyers is that they are too expensive. “Like the doors of the Ritz hotel, justice in England is open to all,” quipped Victorian judge Sir James Matthew. He’d have said the same about Scotland. But while he had a point to make about High Court litigation, many SME firms, a sector which comprises the majority of the UK profession, consistently fail to recognise their own value, use a finger in the wind as a measure, and short-change themselves in the process.

In the most striking example I know, a firm engaged consultants to help them improve their pricing, and agreed that if a minimum increase in turnover was achieved, the consultants would receive a bonus of £20,000. The firm turned out to be just as hapless after the training as before, and turnover didn’t increase. But they paid the bonus anyway to avoid the embarrassment of having to admit it.

Clients ravaged financially by the pandemic are more aggressive than ever on price. It’s a dangerous time for lawyers who lack the skill and confidence to negotiate on their own behalf, have themselves been severely affected, and who confuse the need to be busy with the need to be profitable.

It’s easy to identify the problem, but what is the solution? Surprisingly, there are lessons in a jar of face cream. Oil of Olay was created by a chemist working for the South African operations of Procter & Gamble in 1952. Its biggest market is the US. Over the years, discounting had given it a downmarket image, and by 1990, mocked as “Oil of Old Lady”, it was sold mostly in convenience stores at $3.99.

The choice was to ditch it, or perform urgent, as it were, cosmetic surgery. P&G decided to relaunch, focusing on women from their mid-30s, an age at which they were becoming more conscious of the need for skin care, and willing to invest in it. The cream’s composition was substantially improved. It was rebranded “OLAY”, repackaged to look good on the shelves of upmarket stores as well as mass outlets, and then pitched at various price points: $12.99, $15.99 and $18.99. The last was most successful – expensive enough to be regarded as premium, but good value against competitors. It has become a market leader at almost five times the original price.

What are the lessons of Olay?

Firstly, whether cosmetics or counsel, clients will pay good money if a product or service is important to them, providers demonstrate a commitment to quality, and skilfully articulate their value. I know of no client who has ever been to a lawyer on a matter they did not think was important. A specialist professional’s life consists of doing broadly similar things again and again. But that in no way diminishes the importance of the task.

It is easy to forget that what may seem routine, for example making a will, conveying a house, finalising an undefended divorce, defending a road traffic charge, enforcing rights, forming a company, or winding up an estate is for the client always a big deal. How well it is done may have life-changing consequences. The premium price women are willing to pay for Olay reflects the value they place on its effect, not the cost of its constituents. In professional services, pricing work on the basis of value, articulating confidently how the figure has been calculated and why it is fair, is the surest route to profit and enduring client loyalty. It definitely beats dividing time into six-minute units, then applying an opaque and arbitrary multiplier. 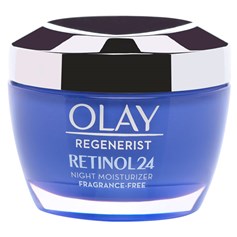 Secondly, only a premium service will attract a premium price. The new Olay was not old wine in new bottles; it was significantly better. For law firms, being premium means more than being technically proficient. That’s just a ticket to the game. It means being responsive, accessible, empathetic, friendly and with great communications. Being impressive online and immaculate front of house are not optional. This is a tall order, but at the same time, every firm can achieve it. Whether they do, depends far more on commitment than budget.

Finally, P&G demonstrates that whether our business is multinational or local, success depends on making thoughtful choices about which markets we want to be in, investing in acquiring a deep understanding of what clients need, not thinking we know instinctively, and then doing what it takes to deliver. The importance of what lawyers do, and the skill, effort and resources required to do it well, mean that if we do indeed deliver, we should be bold and confident about earning a decent margin. We’ll never reach the stars by pricing in the basement.

Stephen Gold was the founder and senior partner of Golds, a multi-award-winning law firm which grew from a sole practice to become a UK leader in its sectors. He is now a consultant, non-exec and trusted adviser to leading firms nationwide and internationally.
e: stephen@stephengold.co.uk;
t: 0044 7968 484232; w: www.stephengold.co.uk; twitter: @thewordofgold