In Prior v Scottish Ministers [2020] CSIH 36 (30 June 2020), the Inner House rejected the petitioners’ submission that ss 27B-27D of the Court of Session Act 1988 required a Lord Ordinary, when considering a request for a review of an earlier refusal by a different Lord Ordinary of permission to proceed in a petition for judicial review, to appoint an oral hearing.

The court dealt with a number of issues of both substance and procedure. Inter alia, it addressed (1) whether on a construction of the statutory provisions regulating judicial review, it is competent for a second Lord Ordinary to refuse a request to review a refusal of permission without appointing an oral hearing; and (2) if the legislation did provide that a petitioner may be refused permission without an oral hearing and hence a right of appeal, whether that is ECHR compatible.

The reclaimers had previously raised petitions for judicial review in which permission was refused on the papers, and a subsequent request for review at an oral hearing was rejected by a second Lord Ordinary. They reclaimed against the refusal of their petitions for declarator that ss 27B-27D were unlawful in so far as they did not permit an oral hearing or right of appeal in some cases. The primary basis of their challenge was that the legislation and the rules guaranteed a petitioner an oral hearing on the issue of permission and a right of appeal in the event of a refusal. They argued that if the court took the view that there was no right to an oral hearing and, therefore, no right of appeal, the 1988 Act was incompatible with the right of access to a court under article 6.

Refusing the reclaiming motions, the court held it competent for a second Lord Ordinary to refuse a request for a review of a refusal of permission without appointing an oral hearing. Even when article 6 applied with full force, whether an oral hearing could be dispensed with would depend on the nature and complexity of the case and whether it could be disposed of fairly without a hearing. The court observed that the application of sift-type procedures was seen as necessary and proportionate in order to avoid wasting “precious judicial resources” on cases where there was no real prospect of success, and that such systems were article 6 compliant provided the case could be dealt with fairly on the papers.

In the context of judicial review provisions, the court ruled that the second Lord Ordinary must, in light of the stated grounds in the petition, again ask himself whether the appointment of an oral hearing would make any difference to the decision to refuse. Where the question was simply one of determining whether the error of law, which ought to have been clearly identified in the petition, had any real prospects of success, this system was designed to achieve fairness in the decision-making process. There was no reason to suppose that it did not do so, as it did not impair the very essence of the right of access to a court. Rather, it provided a route to the court other than in circumstances in which two different judges had considered that there was no real prospect of success.

In assessing the proportionality of the relevant judicial review provisions, the court observed that regard had to be had to the considered process through which they emerged. The particular mischief that was sought to be addressed was the excessive time being taken up in listening to oral argument on petitions which had no real prospect of success. The statistics showed that refusals such as were complained of represented just over 10% of the total number of petitions lodged, which demonstrated a reasonable relationship of proportionality between the means employed (the scrutiny of two different judges and a defined test for the grant of permission), and the aim sought to be achieved (the early elimination of petitions without merit and the consequent preservation of judicial resources).

This is a significant decision in the context of human rights law in Scotland. It is clear that the ability of a second, different Lord Ordinary to refuse, without an oral hearing, a request for a review of a refusal by another judge to grant an application for permission, is lawful and proportionate.

Whilst the current case is concerned with article 6 rights in the context of judicial review, it serves as a reminder that the overarching principle of fairness is key and all human rights issues are always highly fact sensitive. Moreover, it makes clear that when assessing the legitimate aim and proportionality of any human rights interference, the court will look to the background of the statutory provisions in question and have cognisance of the particular mischief to be addressed. 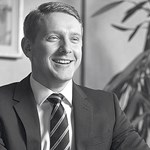