While the pilot scheme has encouraged some to believe that remote summary trials can become the norm, serious questions remain to be answered if basic rights are to be protected, as they must
17th August 2020 | Stuart Munro

It’s funny how quickly things change. Six months ago the news was all about Brexit; summer meant heading to the sun; work meant commuting, the office, the courts.

Then, in mid-March, our lives were turned upside down. The initial hope that coronavirus would be over in a few weeks has been replaced by a recognition that we’re in it for the long haul, with social distancing, local lockdowns and further waves and spikes until a vaccine finally comes to the rescue.

The pandemic has had an enormous effect on the justice system and those who work in it. Scottish courts went into near-shutdown for several weeks, the largest sheriff courts being reduced to dealing with a handful of custodies each day.

Any society needs a functioning justice system. Thoughts turned to how the courts could reopen, while observing social distancing and shielding. The understandable priority was High Court trials. But how can you accommodate 15 jurors (not to mention everyone else) with social distancing? A proposal to abolish juries temporarily rightly caused outcry, and was abandoned. Instead, the solution presented was to spread the jury around the courtroom; but the need to find somewhere else for the jury to deliberate and for the public to watch the proceedings meant three courtrooms being needed for every trial. And the lockdown had caused a backlog in trials, which would grow unless the courts could run the same number as before. Something would have to give.

Scottish Courts & Tribunals Service realised that remote hearings – where some or all participants are elsewhere – could be part of the answer. It cautiously introduced Webex videoconferencing for the Inner House, then the Outer House and Court of Criminal Appeal. However, to free up enough space for High Court business (to say nothing of sheriff and jury trials), there would need to be a clearout of sheriff court business.

Against that background SCTS decided to pilot Webex for summary trials. The first remote summary trial took place in Inverness on 9 June, with a single accused, two police officers giving evidence, and one Crown production. The sheriff was in chambers; everyone else participated remotely. The technology worked perfectly well, and the trial proceeded without incident.

The accused was acquitted. Further pilots have followed in different courts.

But just as a swallow does not a summer make, so a handful of pilot trials do not provide a basis for a fundamental redesign of criminal courts. Many issues remain to be answered. For instance:

Many of these challenges will be capable of being addressed. Webex is a safe, secure, reliable and established technology. Courts, like the rest of society, must adapt to a changing world. But any change has to be for the better. Certain fundamentals – effective participation, the right to private communication with a lawyer – are non-negotiable. Summary cases can involve very serious allegations; they can lead to imprisonment, loss of employment and family breakdown.

Importantly, the context has changed since early lockdown. High Court trials are now using remote juries – where the trial takes place as normal, but the jury is located outside the courtroom. That could mean each trial only requiring one courtroom, thereby removing the threatened takeover of the whole court estate, and freeing up courts for business such as summary trials.

Webex will no doubt continue to play an important role in our justice system. It may help with procedural, non-evidential business. Remote trials may work in certain instances, such as health and safety prosecutions. There may be greater scope in other types of process, such as fatal accident inquiries or commercial proofs. Ultimately, however, we must proceed with caution. Maintaining a functioning justice system in a pandemic must involve preserving fundamental rights, and that will require careful planning, consultation and evaluation. 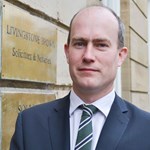