Agriculture briefing: Was there a croft here?

The litigation over land at Stornoway Airport, while ultimately negativing the claims of crofters, reminds us that crofting rights subsist until ended under statute
14th September 2020 | Adèle Nicol

This quarter’s article does not specifically deal with agricultural matters as, other than the extension until 12 December 2020 of the period in which an amnesty agreement can be agreed, there has not been much, in legal terms, to report in the agricultural sector. I will therefore comment on Highlands & Islands Airports v Committee for the combined common grazings of Melbost and Branahuie [2020] CSIH 8 (28 February 2020), an interesting case highlighting the complexities of crofting law and in particular the question of when does croft land or common grazings cease to lose its status as such.

The owners and operators of Stornoway Airport applied to the Land Court seeking to clarify that land owned by them was no longer subject to crofting tenure. The application was opposed by the grazing shareholders. The disputed area was part of land of which possession had been taken in 1940 by the Secretary of State for Air for the war effort. Title was taken by a later backdated disposition from the trust, which disposition made no reference to the exercise of compulsory powers but followed on minutes of agreement between the Air Ministry, the trust and the crofters in the four townships concerned. In 2001 the airport was conveyed by the Secretary of State’s successor to the applicants.

Before the Land Court the applicants argued there was a necessary inference that the 1940 acquisition had been made under compulsory powers, which would have removed the common grazings from crofting tenure. The Land Court determined, on the material presented to it, that the airport remained subject to crofting tenure. It stated a special case for the Inner House.

In the absence of any material counterbalancing factors, the appropriate inference to draw was, as a matter of probability, that what had occurred was a compulsory acquisition under statute and therefore the land ceased to maintain crofting tenure.

Land can only be removed from crofting tenure by a resumption by the landlord on an application to the Land Court, or a decrofting order on the application of the landlord or an owner/occupier crofter to the Crofting Commission, or the exercise of compulsory powers. Anyone acquiring land in the crofting counties needs to keep this in mind if it is possible that land might, at some time in the past, have been subject to crofting tenure, since without being formally removed from crofting tenure by these mechanisms, the land will remain as such in perpetuity.

The use of croft land for other purposes can be a very live issue. The writer has personally come across croft land on which local authority housing had been built; croft land incorporated into someone’s garden; and croft land forming the car park of a convenience store, all of which, unlike the case here, could not found on any compulsory powers, resulting in the parties who were using the croft land having to take steps to resume and pay compensation.

The Scottish Land Commission, as part of its Land Rights and Responsibilities Protocols in its Good Practice Programme, has issued two new protocols titled “Diversification of Ownership and Tenure”, and “Negotiating the Transfer of Land to Communities”. These set out practical expectations for achieving a more diverse pattern of land ownership, management and use, focusing on how landowners create opportunities for local businesses, residents or community organisations through purchases, leases and other collaborative working arrangements.

The protocols are supported by a route map which provides a visual guide for landowners to create more opportunities for communities to get involved with ownership of land. They contain two case studies, namely Buccleuch Langholm Moor sale, and Doune Ponds, involving Moray Estates and Doune Community Woodland Group.

While these protocols are not strictly related to agricultural law, they are one of a series issued by the Commission to assist bringing the Scottish Government’s Land Rights and Responsibilities statement into practice. I will not attempt to cover their content in detail here, but anyone acting for a rural landowner should be aware of those protocols and how they may impact or indeed afford new opportunities for such clients. 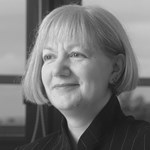