In Peter J Stirling v Brinkman (Horticultural Service) UK [2020] CSOH 79 (13 August 2020), Lord Clark determined that the need for an agreement conferring jurisdiction to be in writing or evidenced in writing for the purposes of para 6 of sched 8 to the Civil Jurisdiction and Judgments Act 1982 was not met by a party’s terms and conditions, including one relating to jurisdiction, being sent and not being demurred from.

At the beginning of the opinion it is also interesting to note Lord Clark’s observations as to the conduct of a proof by way of videoconference. Witnesses required to confirm compliance with directions given by the court, including being alone in the room, having no access to means of communication and not having perused the productions sent to them. Clearly there are a number of issues involved in evidence being taken remotely. The rules of both the Court of Session and sheriff court are silent on such matters, and it may be that practice notes will be required to provide something akin to a checklist.

Issues in this case also arose regarding the best evidence rule applying to a version of a production lodged in electronic form. Lord Clark observed that a document of materiality in a proof did not require to be lodged in its original electronic version on the likes of a memory stick. Further, in a commercial action it was expected that such a challenge would be highlighted at procedural hearings. His Lordship further observed that where a crucial piece of evidence was not admitted and fell to be proved, it would be expected that this would be covered in a witness statement as opposed to being stated for the first time in oral testimony.

The requirement for a person providing professional representation in any legal proceedings either to hold a practising certificate or to fall within the definition of commercial attorney was reiterated in the decision of Sheriff McCormick in FF v AFMS Ltd [2020] SC GLA 31 (9 July 2020). As a consequence a petition for liquidation was dismissed as incompetent, notwithstanding that the person acting for the creditor was on the roll of non-practising solicitors.

Sections 20-22 of the Civil Litigation (Expenses and Group Proceedings) (Scotland) Act 2018 permit group proceedings to be raised in Scotland. The rules for such proceedings are now introduced by the Act of Sederunt (Rules of the Court of Session 1994 Amendment) (Group Proceedings) 2020, which came into force on 31 July 2020. They form chapter 26A of the Court of Session Rules. The Lord Ordinary lays down the procedure to be adopted in such a litigation, subject to the specific provisions in the chapter.

Provision is made for applications to be a representative party to bring such proceedings and their determination, applications for permission to bring such proceedings and their determination, and opt-in procedure. Thereafter the chapter deals with the commencement of group proceedings, the form of the summons and defences, preliminary hearings, case management hearings, debates, pre-proof hearings, the lodging of productions for proof, and settlement. There is specific power provided to a Lord Ordinary to pronounce any order to secure the fair and efficient determination of proceedings. There are provisions dealing with the effect of interlocutors pronounced in such proceedings, and the consequences of failure to comply with the provisions of the rules or any order made by the Lord Ordinary.

The Lord Justice Clerk, Lady Dorrian makes some pointed observations as to the need for averments to support any submission made at a diet of debate, in the decision of the Second Division in Advocate General for Scotland v Adiukwu [2020] CSIH 47 (14 August 2020). This might seem pretty fundamental, but…! Her Ladyship observed that to proceed on the basis of oral submissions made “on the hoof” with little or no support being found in the averments was not an appropriate way of conducting a debate. To survive a debate and proceed to proof, the pleadings had to provide some basis for the leading of evidence at that later hearing.

Why rules of procedure are important

Normally decisions involving judicial review are not covered in this article. However the observations made by the Lord President in Prior v Scottish Ministers [2020] CSIH 36 (30 June 2020) are worth noting. The issue was that the averments of fact and legal argument in the petitions for judicial review were quite different to the oral arguments advanced. Lord Carloway observed that rules of procedure were an important element of any judicial system. Expedition and finality were not concepts in conflict with those of fairness and justice. They were all integral parts of the system. Accordingly, if there was to be any significant change in a petitioner’s case, this should be undertaken by amendment which gave notice to the opponent and was subject to control by the court, as opposed to being undertaken simply by oral submission. In short, the rules ensured fairness and promoted the just determination of a dispute. Such observations are perhaps worth noting when so many hearings are taking place at present by remote means, where there can be a temptation to overlook the formal nature of the hearing as it is not being conducted in court.

Consequences of a debate

The question as to whether a point discussed at a debate can be revisited at a subsequent proof before answer was aired before Sheriff Kinloch in West Lothian Council v Clark’s Exrs [2020] SC LIV 30 (3 June 2020). It was submitted that everything fell to be considered of new in light of the evidence now led. The short answer depended on whether the evidence led raised anything new which could enable legal points aired at the debate to be reconsidered.

There has been a move over recent years for evidence to be presented in affidavit or statement form, and this is becoming even more prevalent in the present climate. I suspect it will stay with us after COVID-19 has left the building! Accordingly it is worthwhile simply pointing out an issue which was aired before Lord Clark in Somerville v McGuire [2020] CSOH 70 (10 July 2020). In short, there still has to be record for what is contained in any affidavit or written statement. This should not come as any great surprise, but clearly it is sometimes overlooked. It is not a new matter. Readers can view the observations made by Sheriff Kelbie in Patterson v Patterson 1994 SCLR 166 at 168A-C.

The issue in Transocean Drilling UK v Greenpeace [2020] CSOH 66 (3 July 2020) was whether an organisation could be found in breach of interdict when the actions complained of were carried out by unnamed individuals. The organisation had a duty to take all reasonable steps to ensure the relevant servants or agents were made aware of the requirement to comply with the terms of the order, and further not to overlook, forget, or misunderstand that requirement. If such steps are not taken, acts or omissions of individuals might be attributed to the organisation. In this instance the organisation’s knowledge and active and essential support meant that the final decision of an individual to act in breach of the order did not result in the organisation escaping responsibility for these actions. The comprehensive support and resources of the organisation which enabled the individual to so act rendered the organisation responsible. These criteria applied with equal force in the present instance, albeit the actions complained of were conducted by volunteers as opposed to employees or agents. The division between executive and operational decision-making made no difference.

In Keatings v Advocate General for Scotland [2020] CSOH 75 (30 July 2020) Lady Poole refused to make a protective expenses order at common law. The criteria for making such an order were identified as: the issues were of general public importance; public interest required that these issues be resolved; the party had no private interest in the outcome; having regard to the financial resources of the parties, making the order was fair and reasonable; and the proceedings were likely to be discontinued by the applicant if the order was not made.

The requirements of no private interest and the discontinuance of proceedings were not essential preconditions. Legal advisers being prepared to act pro bono was a factor in favour of the order being made; however the order could still be made when advisers were being remunerated. The overriding purpose was to enable the applicant’s position to be presented by a reasonably competent advocate without the applicant being exposed to serious financial risk which would deter a case of general public importance being advanced at all. The level of representation permitted would be described as modest, and instruction of representation should be undertaken accordingly.

At common law the court had discretion as to the form of such an order. It was framed by reference to the circumstances of the case, depending what was appropriate and fair. A condition for the grant of the order was a real prospect of success. It had also been argued that there should be an exemption from court fees. In the present case, determination of this issue was unnecessary due to the pursuer’s personal circumstances.

On a perhaps more commonly occurring subject is the decision of Sheriff McGowan in Akmal v Aviva Insurance Ltd [2020] SC EDIN 33 (28 July 2020). The defenders had made an extrajudicial offer to settle before proceedings were instituted, and on proceedings being raised, tendered the same sum. After sundry procedure the pursuer amended, increasing the sum sued for by adding two new heads of damage. The defenders tendered of new a greater sum and this was accepted. The tender was worded in the usual manner offering expenses to the date of the tender. The defenders sought to modify liability to the date of the first tender. Sheriff McGowan followed the decision of the First Division in McKenzie v HD Fraser & Sons 1990 SC 311, which to summarise, determines that a tender worded in the usual manner provides the court with the full power to award, not to award, increase, modify, or restrict expenses. The wording did not preclude the court exercising its discretion on issues regarding expenses. 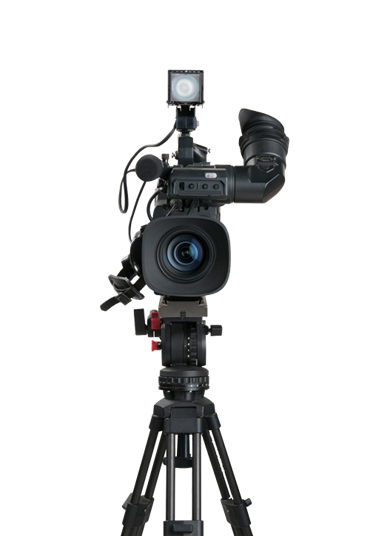 Sheriff McGowan considered that the two new heads of claim, which necessitated the amendment increasing the sum sued for, should have been introduced much earlier as the pursuer should have been readily aware of them. The defenders, having investigated whether these claims were justified, tendered of new. In those circumstances, Sheriff McGowan restricted the award of expenses to the pursuer and found him liable to the defenders for the balance of the expenses of process. This reflected the inefficient handling of the claim, which led to very serious consequences and in all probability prolonged proceedings and increased the expenses.

In the unsuccessful appeal by the defenders against the refusal to recall an interim interdict in Highlands & Islands Enterprise v CS Wind UK [2020] CSIH 48 (18 August 2020), Lord Malcolm, delivering the opinion of the First Division, observed that only in a clear case would an appellate court interfere with a decision on an interim order. Leave to appeal should only be sought and granted, bearing in mind that commercial procedure is designed for speedy resolution of disputes, when the likely delay was outweighed by compensating benefits which furthered a just and effective disposal.

Since the last article A & E Investments v Levy & McRae Solicitors (March article) has been reported at 2020 SCLR 574.