Fair sharing in a financial storm

Achieving a fair financial settlement on divorce may be more problematic in a recession. The authors look at the changing value of particular assets, and potential options to help meet parties’ needs
14th September 2020 | Richard Wadsworth, Amanda Masson

As lockdown began, many family lawyers raised concerns around valuation of matrimonial property and settlement of cases. What if anything should they do to discharge their obligations to their client, having regard to the extraordinary circumstances that arose? Consulting an experienced and trusted adviser has become more pertinent than ever. This article will explore how expert financial advisers can work alongside family lawyers to provide practical advice to clients managing separation.

The notion of fairness underpins the Family Law (Scotland) Act 1985 scheme. Financial advice may be useful in relation to valuation of matrimonial property, as well as when exploring the specific nature of proposed settlements or orders.

Investments in the recession

What has been the impact of the pandemic, and the ensuing severe recession, on matrimonial assets? In terms of investment portfolios and pensions (ignoring salary-related pensions, ostensibly unaffected but subject to other issues beyond the scope of this note), the position is mixed. In March, stock markets fell significantly and we saw losses of 30% or so, but since then most markets have partially recovered. The FTSE100 is, over the 12 months to early August, down about 15%, while the S&P500 (a US index including a lot of “tech” shares) is actually up about 10%.

It should be noted that most individuals will hold not just company shares (which these indexes measure) in their portfolios or pensions, but also lower-risk investments like fixed-interest bonds, many of which have enjoyed gains over the last year, making the impact on overall portfolio and pension values much less severe than the headline figures.

You often see headlines along the lines of “billions wiped off share prices” when markets fall, but you don’t see “shares slowly and undramatically edge up over a period of weeks” – that’s not very sexy! However, markets could fall at any time between the relevant date and the date at which matrimonial property is actually transferred between spouses. Indeed, at the time of writing, commentators are remarking that stock markets don’t appear to be reflecting what is expected in the real economy, as the furlough scheme unwinds and company closures and redundancies bite.

Regarding the housing market, the position is far from clear. Unlike stock markets, there is no mechanism constantly processing thousands of buying and selling transactions to give a clear picture of what the market is doing. Fewer and less frequent sales of different stock make it hard to know what is going on. This can explain why the man or woman on the street likes property, not just because it is a physical asset, but because you don’t actually see what might be huge gyrations in price on an ongoing basis.

All you see is the price previously paid and the sale price, giving the impression of a steady increase over time.

Since lockdown, the true position has become even less clear. What is clear is that sales volume is down, albeit prices may have held up in the short term due to lack of supply. As the issues in the real economy bite, there is likely to be less demand, leading to lower prices, irrespective of rock-bottom interest rates and exemptions from LBTT.

That said, a recent Which? article provides the following predictions from property experts:

The final point to note about property prices is that there will be huge variations, depending on the region, whether it’s in a city or the country, and countless other factors. So, seeing a loss from property is entirely possible; it’s just extremely hard to know what that might be.

In Wallis v Wallis, 1993 SLT 1348 (HL) the matrimonial home had risen significantly in value between the relevant date and the date of divorce. The transferee therefore stood to receive a windfall. The court held that the increase in value was not per se a special circumstance justifying unequal division of the matrimonial property. This led to unfairness. The solution came in the Family Law (Scotland) Act 2006, which amended s 10 of the 1985 Act to introduce the concept of the “appropriate valuation date”. Where the court orders transfer of property, it shall be valued as at the date agreed by the parties, failing which the date of the order, unless in the latter case the court considers that because of exceptional circumstances a different date should apply.

It is a provision worth remembering when considering what should happen to the family home as part of a settlement. Valuations provided prior to March of this year may bear little resemblance to sale prices in a recession.

Could it be argued that a recession-based slump in the value of, say, a share portfolio should be taken into account in looking at settlement structures? The underlying principle of fairness may provide a hook.

As agents our obligation to the client to make sure the settlement is not only fair, but in their interests, can include making sure, as far as reasonably possible, that they have at least considered what their financial future may hold post-divorce.

One of the sources of stress around separation is finance. Not knowing the potential position (“Am I going to be OK financially?”) can cause individuals to make less than rational decisions on agreeing a settlement, and this could be exaggerated in a recession as they react to headlines. Modelling their future situation can help significantly increase their general understanding of what might otherwise be a (scary) unknown, specifically the impact of reduced values on settlement options.

This modelling need not be an all-singing, all-dancing cashflow using dedicated software (although that might be the ideal from the adviser’s perspective). Indeed, an advanced cashflow model might be too much for the client, and add to rather than lessen the stress factor. A better option could be a “back of the fag packet” calculation, or basic spreadsheet. It is the principles that the client may not have got their head round, rather than precise calculations.

The model can then be used to trial different scenarios such as:

The modelling can also be stress-tested to allow for a reduced capital settlement, and to assume lower investment/pension values or lower proceeds from the sale of the family home.

As a simple example, take the following asset situation for separating couple Bob and Sue:

Assuming a 50-50 split, Bob and Sue are each entitled to £700k. If they keep their own pensions and investments, Bob is entitled to another £300k and Sue another £100k. The simple solution is to sell the home and split the proceeds £300k-£100k, which might suit both parties.

However, this would mean that Sue would have £200k to buy a new property (£100k property proceeds and £100k in investments), which she might feel is too little. Bob would have £300k, but might feel that is too much, and his focus should be on building his more meagre pension funds. An alternative might be that Sue receives a larger proportion of the sale proceeds, say £200k, and instead shares £100k of her pension funds with Bob. Sue gets sufficient cash/investments to buy her property (up from £200k to £300k), as does Bob, but he also boosts his retirement fund (from £200k to £300k).

Going one step further, Bob’s focus is on retirement. What would his situation be if he immediately retired at age 60? If we assume Bob has spent his cash and investments on a property, he has a pension pot of £300k. If Bob leaves that fund invested and draws an income directly from it (rather than buying an annuity), and we make certain other assumptions about returns and Bob’s life expectancy, his £300k might give him a little over £17,000 per annum. This, with his state pension beginning at age 67, might be sufficient for Bob to live on.

But what if his pension value fell by 15% during separation? In that case he would have a pot of £255k, which, on the same assumptions, would give him less than £15,000 per annum. In this scenario, Bob might feel income would be too tight, in which case he has some options to consider. These could include:

Already we are seeing a rise in enquiries from clients concerned that their income has dropped due to the pandemic, or that their estranged spouse may be looking for more financial support for a longer period. The “silver separator” phenomenon is real, such clients tending to be concerned about provision for adult children, retirement planning and inheritance tax planning. The number and nature of the issues raised by the pandemic in relation to valuation and distribution of assets highlights just how important appropriate expert input is in terms of adding value to the client experience. 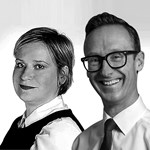