The advantages of adjudication under a construction contract have been strengthened by new services for “low value” disputes, and an Inner House decision showing a pragmatic approach to enforcement
14th September 2020 | Nick McAndrew

In 1973, the English Court of Appeal described the cash flow of a construction company as the “very life blood of the enterprise”. Some 50 years later, concerns over cash flow are exacerbated by COVID-19, never mind the impending impact of Brexit. Luckily, there is a way of ensuring that cash can flow quickly.

The adjudication provisions within the Housing Grants, Construction and Regeneration Act 1996 (the “Construction Act”) significantly enhanced the rights of payees. Those provisions were introduced in response to the final report of Sir Michael Latham, Constructing the Team. Sir Michael highlighted the access to justice issue presented when contractors faced lengthy delays recovering payment through the courts. His recommendation that adjudication became “the normal method of dispute resolution in construction” has since been taken up by the industry.

How does adjudication work?

In summary, the Construction Act provides that:

Importantly, if the construction contract does not contain these provisions (for example, if the contract is not in writing), a set of default statutory rules under the “Scheme for Construction Contracts” will take effect.

The key advantages of adjudication are: (i) the reduced cost and increased speed of recovering payment (when compared to court or arbitration); and (ii) the ability to select an adjudicator with qualifications relevant to the dispute. Whilst adjudication is often said to deliver “rough justice”, that concern is balanced against its advantages and the fact that the decision is interim binding only. As put by the Supreme Court, “The motto which has come to summarise the recommended approach is ‘pay now, argue later’.”

In more recent years, the advantages of reduced cost and increased speed have been eroded:

If a payee can no longer afford to adjudicate (let alone litigate or arbitrate), the access to justice issue highlighted by Sir Michael again rears its head. Two recent developments are welcome in addressing that issue. The first is the release of new services for determining “low value” claims, and the second is the Inner House’s recent support for a pragmatic approach to the enforcement of adjudicators’ decisions.

One of the drawbacks with the LVD MAP is the prospect that the adjudicator could resign if, midway through, a dispute became too complex or document-heavy. This could lead to attempts by the respondent to frustrate the process. Separately, neither service can be used for low value but nonetheless complex claims. The solution in such cases is for adjudicators to be more proactive in regulating the procedure and timetable in an adjudication. In doing so, adjudicators will be walking a tightrope in view of potential jurisdictional and natural justice challenges, although most should be able to strike the correct balance. Further, adjudicators may take some reassurance from the recent Inner House judgment in Dickie & Moore v McLeish’s Trs [2020] CSIH 38.

Speed: approach to enforcement of decisions

While a firm line has always been taken on enforcement, in recent years the Scottish courts have refused to enforce the decisions of adjudicators who failed to address a material line of defence or provide adequate reasons in relation to some aspect of the dispute. The problem was that, in such cases, the decision became a house of cards. It was generally viewed as a total nullity and could not simply be enforced to the extent it was valid.

In Dickie & Moore the Inner House considered this problem. The case concerned an adjudicator’s decision on a contractor’s claim for payment of its final account. There were three types of subclaim. There was no dispute that the adjudicator had jurisdiction to deal with claims 2 and 3, but the Lord Ordinary held that he had no jurisdiction to deal with claim 1. The question became whether the court could ignore the decision on claim 1 and safely enforce the decision on claims 2 and 3 (in other words, apply severance of the good from the bad).

The Inner House clarified that severance is allowed, so long as the valid parts of the decision are not “significantly tainted by the adjudicator’s reasoning in relation to the invalid parts”. In effect, removal of one card should not always lead to a total collapse.

This principle can be more easily applied to “final account” claims, which usually consist of different types of subclaim, although it is not restricted in scope. A “practical and flexible” approach will be applied to determine whether, in any case, there are elements to the dispute that are clearly separate and untainted. Where the test is met, it will no longer make economic sense for a respondent to resist enforcement of a decision when the adjudicator’s failure affects a lower value element.

This decision was grounded in the policy aims of adjudication, the Inner House noting: “the provisions of the scheme should be interpreted in such a way that they achieve its fundamental purpose, which is to enable contractors and subcontractors to obtain payment of sums to which they have been found entitled without undue delay”. Looking beyond the issue of severance, this emphasis on the underlying principles will serve as a warning to respondents considering other types of challenge to enforcement.

In light of the advantages of adjudication, solicitors should consider how they might advise their clients:

The increased access to adjudication, through the developments discussed above, may now tip the balance when deciding between dispute resolution options. 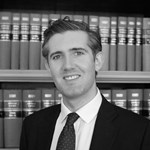