To mark World Mental Health Day, this article from LawCare highlights the prevalence of suicide among professional people, and the signs to look out for, in yourself or others
14th October 2019 | Elizabeth Rimmer

This year’s World Mental Health Day (10 October) focused on suicide prevention. While only a handful of callers to the LawCare helpline have been suicidal, we know of many sad cases of legal professionals who have taken their own life, such as Gabe MacConaill at Sidney Austin in the US last year and others closer to home. It is something we listen out for in every call, email or webchat.

Suicide is the biggest killer of men under 45. Men in the UK are statistically three times more likely to die by suicide than women, with men aged 45-49 showing the highest number of suicides in 2018.

Men are more likely to try to deal with their problems alone, hiding what’s happening and not asking for help. Men can also find it harder to put their feelings into words. This leads to greater isolation. These factors can increase the risk of suicide, and can be compounded by long hours and limited time for social connections.

Whilst death by suicide can occur because of severe psychological illness, acute psychological stress, or predisposing temperament and genetic vulnerabilities, suicide can happen to anyone – and often news of a colleague or friend taking their own life is a complete shock to those around them.

Suicide remains something of a taboo. We need to encourage a more open culture in the law, where people talk about their feelings and ask for help. If you are worried about someone, you should always attempt to talk to them.

It is absolutely not the case that asking about suicide precipitates the action. Rather it shows the person you genuinely care and want to help.

Signs to look out for

These are not exhaustive, and some people will show no significant signs:

How to have the conversation

If you have thought of suicide

Call LawCare’s free, independent, confidential helpline on 0800 279 6888 for immediate support, or visit www.lawcare.org.uk to access webchat, email support and useful factsheets and information. You can also contact us if you are worried about a colleague and are unsure how to support them. 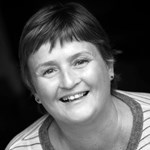